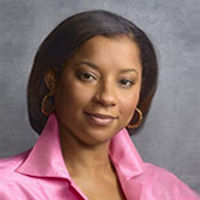 From the rubble: 9/11 survivor picks up pieces.  Genelle Guzman, The Last Person Rescued on 9/11 experienced a miracle after 27 hours.   Only one explanation really makes sense. . . If you believe in miracles, McMillan’s survival was just that – a miracle.

9/11 Survivor’s message to the Miami community 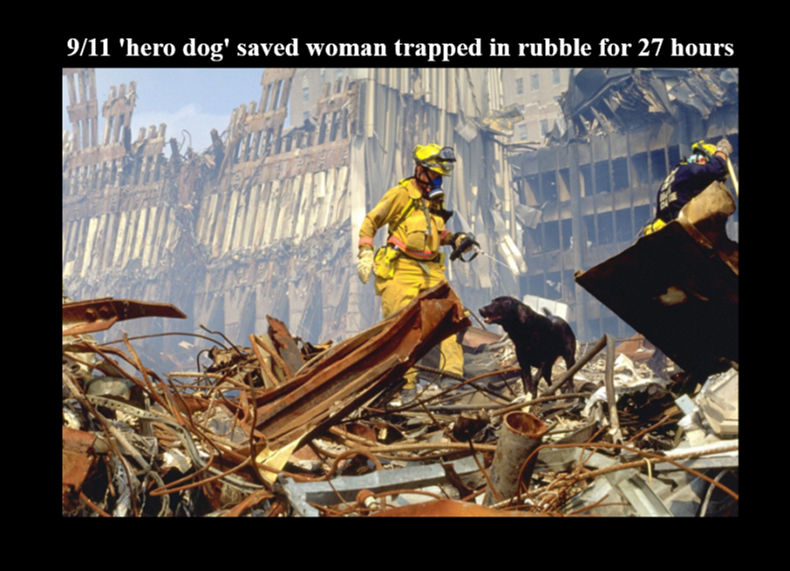 This riveting story brings to life Genelle’s 27 hour ordeal and rescue from under the debris of the 9/11 World Trade Center wreckage. Genelle, the last survivor to be pulled from Ground Zero, shares her miraculous experiences during those 27 long hours, and the immense richness of her life beyond it.

Sept. 11, 2001 started out just like any other day for Port Authority of New York & New Jersey employee Genelle Guzman-McMillan. She arrived at work on the 64th floor of the north tower of the World Trade Center, signed in and made her way down to the 44th-floor café to grab a bagel.

She was sitting at her desk talking to a coworker when the building shook.

Out the window she saw debris and a ball of fire falling from the sky above.

“I just thought something had blown up, up above. I heard noise, but the shake was what was scary. It was like an earthquake or something,” she said. “I had no clue what was going on.”

A supervisor told her a plane had hit the building, her mind picturing just a small aircraft clipping the side. But reports of a terrorist attack scrolled across TVs around her.

They were told to stay put. Then, they felt the shake from the second tower. “That’s when we decided we needed to leave, so we took the staircase and kept walking down,” she said.

Guzman-McMillan never made it to the bottom of the staircase as the building shook and began to collapse when she reached the 13th floor.

“I really thought we were almost there. There were firefighters coming up as we were going down. They told us we were doing good, to keep going,” she said. “It happened so fast: The walls burst open and the rubble came falling down.”

She would be pinned under the rubble for the next 27 hours. “My head was wedged between a concrete pillar and I couldn’t move it.” 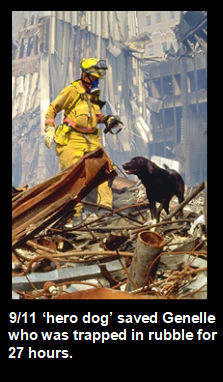 Eventually, she could hear voices calling for help, radios going in and out, as she drifted in and out of consciousness.

“I just started to pray and hoped for a miracle,” she said.

Exhausted and in pain, she kept her hand extended waiting on help.

“Someone grabbed me and called me by my name and told me to keep holding his hand. He said his name was Paul and he told me to hold on because help was on the way. Then someone started calling my name and Paul told me to keep talking. I could hear the machinery cutting away the steel above me. It was then I could feel someone grab me by my shoulder and start to pull me out,” she said.

No one other than Guzman-McMillan ever got the chance to speak to Paul, and rescue workers told her they didn’t see anyone with her when they arrived.

As they pulled her from the rubble, she wasn’t able to completely open her eyes, but kept asking the rescuers if she was there yet.

“I was just smiling because I knew I was alive and was going to go home,” she said.

A few years ago she made a trek with some coworkers to the memorial fountain commemorating the victims because she wanted to see her friend Rosa’s name. It’s the closest she’s gone to the site of the attacks since it happened.

Every year as the anniversary of the attacks occurs, she has the same flashbacks, remembering the 14 coworkers and friends she lost that day.

“I see all those moments, the back and forth of should we stay or should we go. I see my friend Rosa’s face and we were talking,” she said.

She is still in disbelief when she sees footage of the attacks, asking herself, “Did I really go through that?”

She’ll find herself looking at news broadcasts with the volume down until they reach the letter G when naming the victims, because at that moment she turns up the volume to hear them call her friend Rosa Gonzalez name and see her face across the screen. 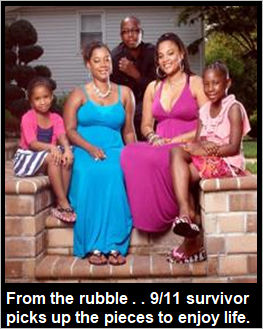 “It’s been 15 years now, but as it gets closer to the date, it seems like it was just yesterday,” she said. “I try and put it out of my mind and behind me and move on.”

She moved on by defying medical science, having two children and by trying to be a positive role model to them.

Doctors told her she would need her leg amputated, and her leg healed enough to avoid that. They also told her she’d need heart medicine due to the amount of times she fainted during her 27-hour ordeal, and yet she hasn’t taken any heart pills.

“I had to learn to walk again, and I have a permanent limp from it. I have the scars on my leg to this day, but people wouldn’t know it because I won’t wear faults. I am usually walking in 4-inch heels.  “The doctors told me I wouldn’t be able to do things, but I am doing it!”

Genelle Guzman McMillan was born and raised with her nine siblings in the tropical Island of Trinidad and Tobago with immigrant grandparents of Veneuzela, she is a college graduate of the Island’s North Eastern College.  When she migrated to the United States in the late 90’s, seeking her big break in the spot light; then decided to make it her permanent place of residence in 2000.

Genelle worked many odd jobs hoping to find her dream job, which eventually landed working for the Port Authority of New York and New Jersey as an Office Administrative Assistant in 2001.  Later she obtained Certification in Airport and Airline Management at the Vaughn Aeronautical College New York. 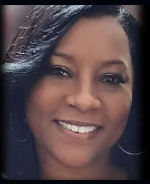 She has been the recipient of several awards and proclamations by Mayors and Senators of New York since September 11, 2001, including a Medal of Honor from the Port Authority of New York & New Jersey.

Genelle’s story been featured on numerous television and publications, including CNN, 700 Club, Oprah, the Early Morning Show CBS, Time Magazine, Guidepost Magazine, National Geographic and recently a miniseries called “ANGELS  AMONG US” which was aired on the CMT channel, and many more publicity.  She authored  her book entitled “Angel in the Rubble” published by Simon and Schuster and released in the US and UK including Germany, Portuguese, New Zealand and Australia.

Genelle lives in Long Island New York, a wife and mother of four children – Kimberly, Kadeem, Kaydi and Kellie.  In addition to her busy schedule, Genelle enjoys travelling domestically and internationally –  sharing her testimony of overcoming adversity with the encouragement of Prayer, Faith and Trusting in a higher power.

Guzman-McMillan turned her story into a book,

“Angel in The Rubble: The Miraculous Rescue of 9/11’s Last Survivor.” 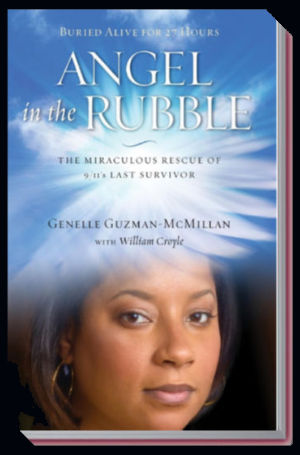 ONLY 13 FLOORS TO GO, and she and her coworkers would be safe.  They had begun their tenuous trek down the concrete stairwell of Tower One at the 64th floor.  They were so near their goal –  That’s when the building began to sway and the entire tower came crashing down on top of Genelle.  In a matter of seconds, she found herself buried alive – entombed in a coffin of concrete and steel.  Finally, after 23 hours and repeated attempts to break out of her tomb, her hand broke through the surface.  Moments later, she felt the warmth of a strong hand latch onto hers.  “I’ve got you Genelle,” the calm voice reassured her.  “My name is Paul, and you’re going to be okay.”  Paul stayed with her until rescue workers arrived.  But 4 hours later, when the rescue team finally pulled her to safety, Paul was gone and not a single person on the scene had seen him or heard of him.  How was that possible?  Why hadn’t Paul interacted with the rescue workers as they drew near? . .   And how had he known her name?  The only answer that made sense to Genelle was that Paul was an angel – sent to rescue her from the rubble and grant her the chance to live the life she had prayed to live while buried alive.

Please let us know If you are interested in having Genelle
speak (in person or virtually) at your next event .
We’re happy to provide you with both her presentation and interview fees,
as well as her availability.
(480) 330-3918