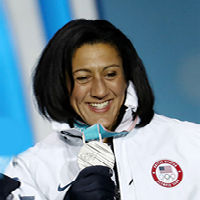 The daughter of a professional football player, Elana was born in Oceanside, California, but grew up in Douglasville, Georgia. A naturally gifted athlete across many sports, she was drawn to softball and by 9 years old she declared her intention to become an Olympian. She attended George Washington University on a softball scholarship and went on to play professionally for the Mid-Michigan Ice.

After what she calls, ‘the worst tryout ever in the history of tryouts’ for the US Olympic Softball Team it appeared her Olympic dreams were over. It was actually her parents who saw bobsled on TV and suggested she give it a try. That turned out to be great advice.

In the summer of 2007 she made the trip to Lake Placid, NY, home of the US National Bobsled Team. She never left. Elana turned out to be an incredibly powerful 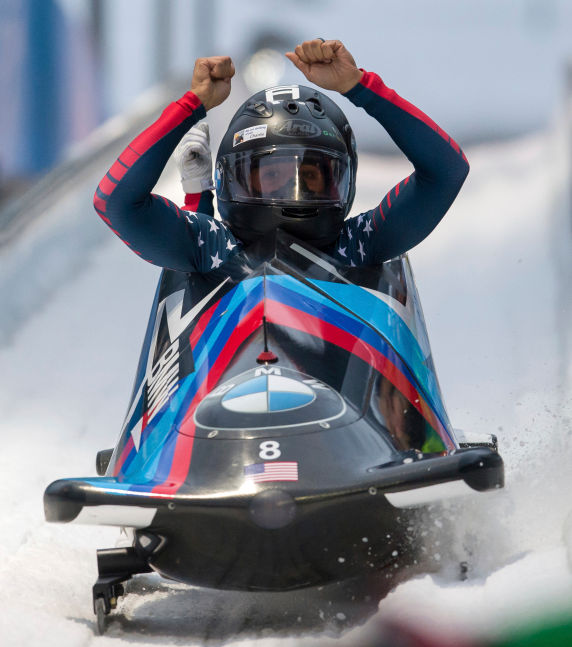 brakeman and less than three years later she stood on the podium in Vancouver as an Olympic Bronze Medalist.

Post Vancouver, Elana decided to take the wheel, or in the case of bobsled, the ‘D-rings’, and transition to the role of driver. That too turned out to be a great decision. Not long thereafter she became a regular on medals’ podiums around the world, and eventually drove herself all the way back to the Olympic podium in 2014, this time in Sochi, Russia, and this time for silver.

Later in 2014, she became Elana Meyers Taylor, marrying fellow bobsled athlete Nic Taylor in April of that year.  Nic now competes on the US Skeleton Team.

In 2015, Elana made history, becoming the first woman to earn a spot on the US National Team competing with the men, as a 4-man bobsled pilot (a feat that her husband helped her accomplish as the brakeman on her team). She went on to become the first woman to win a medal in international competition in a men’s event. That same year she won the 2015 World Championships in the 2-woman event, the first woman in US history to do so. That season she won 6 of 8 World Cup races and became the Overall World Cup Champion.

Despite missing most of the 2015-16 season due to a concussion injury, Elana won the final two World Cup races of the season and a bronze medal at the 2016 World Championships. She also represented the U.S. in the first ever women’s 4-man World Championship exhibition race. 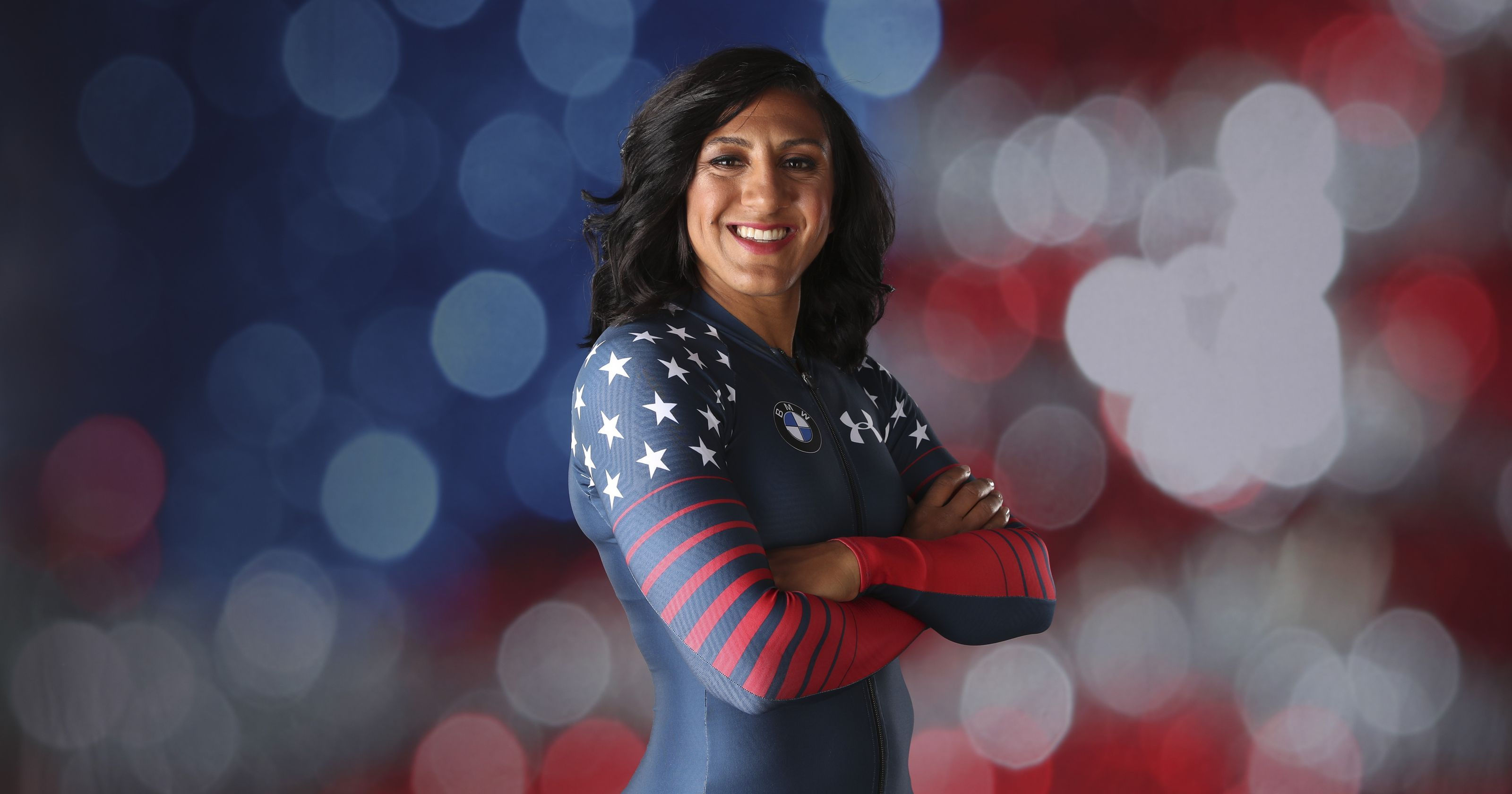