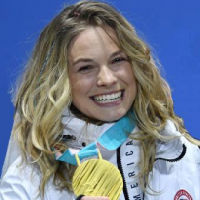 On February 21st, 2018, in PyeongChang, South Korea, Jessie Diggins lunged at the finish in an epic, come-from-behind victory to secure a historic first-ever Olympic Gold Medal for Team USA’s Women’s Cross Country Team. Diggins’ ferocious attack over the closing 100 meters of the race electrified the capacity crowd and a global television audience, and will forever be remembered as the defining moment of the 2018 Olympic Games!

Jessie’s herculean effort and infectious, positive energy not only won over the hearts of ski fans world wide, but also resulted in her being selected by her fellow Team USA athletes to carry the flag at the Closing Ceremony. 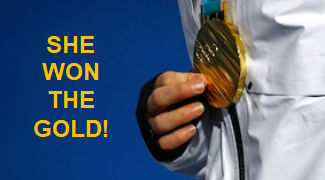 On Wednesday February 21, 2018,  Diggins won the gold medal in cross-country skiing and she couldn’t believe what she accomplished on the slopes.

“It feels unreal; I can’t believe it just happened,” Diggins told The New York Times, while in South Korea. “But we’ve been feeling so good these entire Games, and just having it happen at a team event means so much more to me than any individual medal ever would.”

“In the final stretch I was just thinking, Go, go, go, I’m giving it everything I had and I’ve got someone who I really love and care about waiting for me at the finishing line and I just want to make her proud,” Diggins added, referring to her Olympic team partner and friend, Kikkan Randall. They are the first American cross-country skiers to earn a medal at the Olympics since Bill Koch took home a silver in 1976! Needless to say, fans were going wild over her big win!

Team USA found its crossover cross-country star in Jessie Diggins, the bubbly and affable 26-year-old whose aim it was to become the first American woman to win an Olympic medal in the sport. 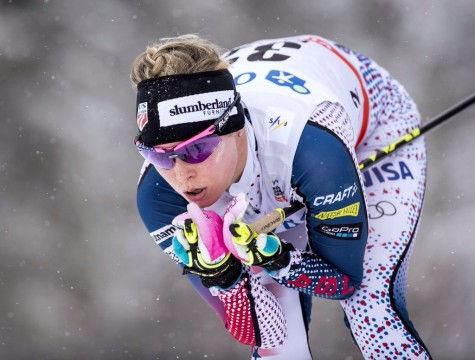 She wants to convince everyone to give cross-country skiing a chance.

“This sport has evolved quite a lot – It’s more dynamic and exciting than people think. It’s not just people disappearing into the woods and coming back a few hours later.”

She describes it as a “thinking game” with the added thrill of crashes and contact between competitors. If that doesn’t entice viewers, then Diggins’ enthusiasm certainly will.

After making her Olympic debut four years ago in Sochi, where her best individual result was an eighth-place finish in the skiathlon, Diggins emerged as a contender in a sport traditionally dominated by athletes from Scandinavia. She’s only now beginning to hit her stride, right on schedule in a sport where athletes tend to peak in their late 20s and early 30s.

“It is a game of endurance and patience,” she explains. “If you’re willing to stick it out and put in the work for 10 years, you’re going to be the fittest athlete on the planet. It just takes a lot of grit.”

Even the fittest cross-country skiers aren’t immune to the suffering the sport can inflict, which is evident in the battlefield-like scene of collapsed bodies at the finish of any race.  Yet if Diggins dreads the agony that awaits, her face doesn’t betray it at the start line.

“I have this huge smile, ear to ear, because how can you not smile? I mean, this is so much fun.” 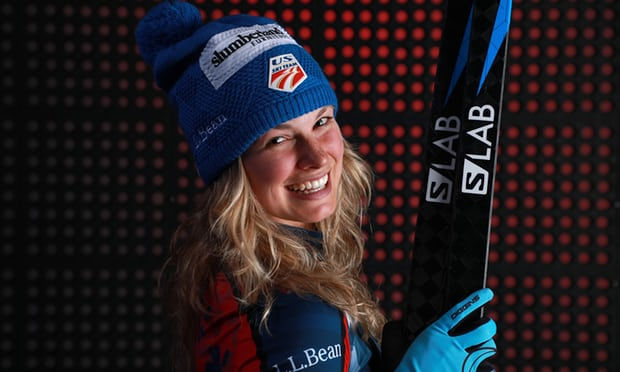