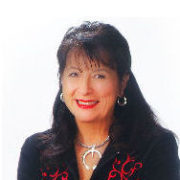 The magic of words has been a motivating force in the life of Cheewa James. As a professional speaker, Cheewa has worked with corporations and organizations throughout the United States. She specializes in balance in life and dealing with change. As a published author, she has explored the written word, writing for publications such as Smithsonian, National Wildlife, and newspapers in cities across the United States. She is a master storyteller. Enrolled with the Modoc Tribe of Oklahoma, Cheewa’s father was America’s first American Indian professional basketball player. Her book, years in the writing, MODOC: The Tribe That Wouldn’t Die, was released in 2008 and tells the spell-binding story of her own tribe. A former television anchorwoman and reporter in Oregon, Cheewa has received numerous regional and national awards in broadcasting including United Press International Awards and the prestigious National Golden Mike Award for Television Production. Cheewa brings you guidance and insight as you develop to your greatest potential and energize people in your organization. .

Climb Off Dead Horses: Mastering Change
A person who is out of balance, filled with stress, and having difficulty establishing good working relationships and motivating others is not a functional employee or human being. This keynote deals with flexibility, life balance, self-development, and learning how to make changes—climb off dead horses— dump bad habits and actions counter-productive to healthy living and effective performance at work.
The title can be altered to fit client needs: for example, recent keynotes were entitled “Climb Off Dead Horses: Be a Leader” or “Climb Off Dead Horses: Motivating Others.”

If It Is To Be, It Begins With Me
A keynote that stresses the fact that learned leadership and communication tools are of no avail without an inward ethical base that results in strong role modeling and an emphasis on personal initiative and motivation. If presented at a conference, this keynote carries the idea that information offered at the conference from all presenters is to be taken home by conference attendees and used. The power to implement ideas and change organizational behavior begins with how effectively individuals choose to utilize information: if it is to be, it begins with the individual making it happen.

Both of the above keynotes stress an individual’s personal and professional growth:

A recent Harris’ poll asked employees nationwide: “What do workers want in their jobs?” The number one answer was: “Ethical leadership.” In both keynotes and trainings, Cheewa builds on the need for all employees or association members, but especially leaders, to be firm in their ethical structure, have sound emotional behavior, and be admirable role models. 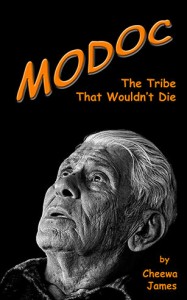 Cheewa is a sought-after keynote speaker and corporate trainer, having worked with associations and corporations across the United States and Canada. She is especially known for her presentations on leadership, dealing with change and finding a balanced life style.

With a name like Cheewa, there has to be something different going on— and there is. She says it best herself: “My father is Modoc Indian and my mother is German.”

Although addressing contemporary, cutting edge business and training issues, Cheewa often uses Native American thinking to illustrate a point. She creates a feel for diversity in a very subtle way. Cheewa was born on the Klamath Indian Reservation, Oregon, and is enrolled with the Modoc Tribe of Oklahoma.

A former television anchorwoman and reporter, Cheewa is the recipient of seven UPI (United Press International) awards. She has been awarded the National Golden Mike Award for excellence in television production. She is currently a Sacramento PBS on-air talent.

An accomplished author with nearly 150 articles in print, Cheewa’s work has appeared in Smithsonian, National Wildlife, Chicago Tribune, Portland Oregonian and Kansas City Star. Her latest book, MODOC: The Tribe That Wouldn’t Die, is the phenomenal story of her own tribe, written over a 12 year period.

Cheewa is degreed in the area of communication with graduate work in education. She is a credentialed teacher.