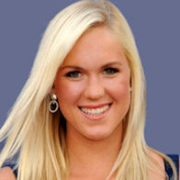 Bethany Hamilton, at the age of 13 survived a 14-foot tiger shark attack off the shores of her hometown Hawaii was left with one arm and only 26 days later she courageously overcame all odds and began surfing again. In the wake of this life-changing event that took her arm and nearly her life, Bethany’s feisty determination and steadfast faith spurred her toward an adventurous comeback that gave her the grit to turn her loss into a gift for others. Bethany is a true champion who inspiring millions worldwide through the love of her family, her sheer determination, and her unwavering faith.

Bethany wrote about her experience in the 2004 autobiography Soul Surfer: A True Story of Faith, Family, and Fighting to Get Back on the Board. Bethany’s story has touched the hearts of everyone and her inspirational message, charitable efforts, and overall spirit. In April 2011, the feature film Soul Surfer was released, based on the book and additional interviews. She has appeared on many television shows since the loss of her arm.

Known most notably for one of the biggest comeback stories of our era, Bethany Hamilton has since become synonymous with inspiration. New York Times Best Selling Author, life who’s been featured in a Hollywood movie, professional surfer, and spiritual icon, Bethany is a sought after public speaker. She is motivating audiences worldwide to live their life with more tenacity, courage and faith.

Fighting to Get Back on the Board
Bethany has already lived more than a lifetimes worth of triumph and tragedy, and she shares every poignant moment. Audiences learn how she rose once again to the challenges of competition after a life-changing event, how she dealt with the maelstrom of media attention, and how she relied on her faith and innate positive thinking to embrace changes that would undo most people. Bethany’s passion and insight, and filled with thrilling moments of the sport personify, a portrait of American heroism that will captivate audiences of all ages.

Rise Above
Bethany shares her courage and enthusiasm, inspiring audiences to face life head on and stand strong in their faith. Since losing her arm, Bethany has chosen to use her experience to become an inspiration and help others to overcome adversity, no matter how great. Bethany will inspire your audience to believe that you can do whatever they want if you just set your heart to it, and just never give up, and just go out there and do it.

Bethany Hamilton has become a source of inspiration to millions through her story of faith, determination, and hope. Born into a family of surfers on February 8, 1990, on the island of Kauai, Hawaii, Bethany began surfing at a young age.

At the age of thirteen, on October 31, 2003, Bethany was attacked by a 14-foot tiger shark while surfing off Kauai’s North Shore. The attack left Bethany with a severed left arm. After losing over 60% of her blood, and making it through several surgeries without infection, Bethany was on her way to recovery with an unbelievably positive attitude. Lifeguards and doctors believe her strong water sense and faith in God helped get her through the traumatic ordeal.

Miraculously, just one month after the attack, Bethany returned to the water to continue pursuing her goal to become a professional surfer. In January of 2004, Bethany made her return to surf competition; placing 5th in the Open Women’s division of that contest. With no intention of stopping, Bethany continued to enter and excel in competition. Just over a year after the attack she took 1st place in the Explorer Women’s division of the 2005 NSSA National Championships – winning her first National Title.

In 2007, Bethany realized her dream and turned pro. Bethany has since participated in numerous ASP and World Tour Events with her major highlight being a second place finish in the ASP 2009 World Junior Championships.

Since losing her arm, Bethany’s story has been told in hundreds of media outlets and she has been recognized with numerous awards, public appearances, and various speaking engagements.

In October 2004, Bethany shared her life story in her autobiography entitled Soul Surfer. Seven years later, the book was made into a major motion picture bearing the same title which released theatrically in April, and for home entertainment in August, 2011. Other books Bethany has written include “Devotions for the Soul Surfer,” “Rise Above,” A “Soul Surfer” Bible, “Ask Bethany,” and “Clash,” “Burned,” “Storm,” and “Crunch.”

Out of the water, Bethany has grown from a young teenage girl with aspirations of becoming a professional surfer into a twenty-year old professional surfer with aspirations of becoming a beacon of inspiration and hope. Through the platform of professional sport, Bethany has been able to touch a large number of people with her message, charitable efforts, and overall spirit. Bethany just launched her own foundation, Friends of Bethany, which supports shark attack survivors, traumatic amputees, and serves to inspire others through her life story, and is involved in numerous other charitable efforts.