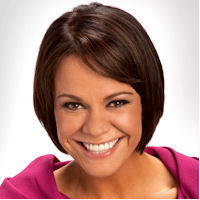 ﻿The winner of NBC’s hit show The Biggest Loser season five, and the first ever female winner, Arizona native Alison “Ali” Vincent is a dynamic and inspirational speaker.

A former champion synchronized swimmer, Vincent set foot on The Biggest Loser ranch weighing 234 pounds. After weeks of hard work and dedication to health and fitness on the ranch and at home, Vincent stepped on the scale at the finale weighing in at 122 pounds- 112 pounds less than her starting weight.

Vincent holds several philanthropic causes close to her heart and has participated with the Susan G. Komen Race for the Cure and Girls Night Out to Cut Out Domestic Violence. She has been featured in numerous magazines and on both national and local talk shows, including the Oprah Winfrey Show, Ellen and The Today Show. She is a spokesperson for 24 Hour Fitness, where she trains, and is currently featured in 24 Hour Fitness ads in several US markets. She was also recently named a spokesperson for Infinity Insurance. Earlier this year, she was honored as the 2008 Inspiring Woman of the Year by the 2007 WNBA Champion Phoenix Mercury.

Vincent hosts her own TV show titled Live Big with Ali Vincent on the Live Well Network. “Weight loss and maintaining your weight is about consistency, not magic,” she says.

Vincent’s personal mantra is “Believe it. Be it.” Full of energy and always ready to share her message of positivity, lifelong health and fitness, she speaks to groups both large and small, including students, business professionals and private ones throughout the United States.

ALLISON’S STORY AND MESSAGE
Ali’s dynamic personality, genuine demeanor and inspirational message connect with audiences of all types. Her motivational speeches bring energy to her audience. Her use of compelling images and words combined with her personal conviction that anything is possible inspires everyone in the audience to feel as though anything is possible for them. With warmth and humility she describes her transformation from someone who was surviving to someone who is thriving. Professional speakers have the same polish but do not often have the personal connection that Ali creates with every audience member.

Ali engages audiences with her story and experience on The Biggest Loser ranch. As a public speaker, Ali’s motivational speeches are often directed toward audiences interested in health and fitness, corporate wellness programs, and sales-oriented organizations. She brings a high energy and compelling message to anyone who wants to achieve their goals but needs someone to ignite their spark within.

Vivacious and dynamic, Ali Vincent was the “one to watch” on Season 5 of TV’s most popular reality show, The Biggest Loser. She won the competition while viewers in the show watched her amazing transformation from overweight and discouraged to fit and inspiring.

As a nationally and internationally ranked synchronized swimmer, Ali Vincent never thought she would have a weight problem. She was a competitive athlete! Ali readily admits that when she gave up swimming, she never replaced that activity with anything else. She had rarely really worked out in a gym and had never incorporated new activities to keep her life active. Gradually, by adding five pounds at a time, after thirteen years Ali tipped the scales at 234 pounds. Only 5’ 5”, she says now that she had lost control and wasn’t completely sure how to get it back.

She had considered applying for The Biggest Loser but didn’t complete the application. It was only when she appeared at a local casting call did she fully set her sights on winning “The Biggest Loser.” Once she was determined, there was nothing stopping her. With determination, a positive outlook, and a commitment to her goals, even when she was voted off the show, Ali Vincent lost 112 pounds and became the first female Biggest Loser.

Throughout the show’s episodes, it was apparent that Ali’s personal philosophy resonated with people and inspired them to set new goals for their life. Now, Ali Vincent, whether attending a health fair or a triathlon as a celebrity spokesperson or hired as a “motivational speaker,” inspires audiences around the world by speaking and writing about her experience and personal philosophy, “Believe it. Be it.”