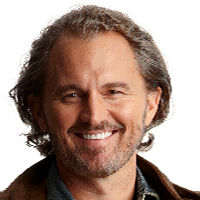 Peter Thum:  Recognized entrepreneur, business executive and humanitarian who founded and led three social enterprise companies: Ethos Water, Liberty United and Fonderie 47; as well as three not for profit organizations to address some of the world’s toughest problems by building for-profit businesses and brands.

Peter Thum is a pioneer in showing that business can do good while doing well. He is humanitarian with keen entrepreneurial skills to build two businesses founded on advancing a social mission.

As the founder of Ethos™ Water, Thum turned his idea of getting clean water to children into a successful social venture that not only changed lives but the entire industry. In building a brand, a business and a self-funding philanthropic engine directly connecting consumption to a related social mission, Thum forged new ground and created a model that others could follow.

More recently, Thum co-founded and is the CEO of Fonderie 47, an organization that is taking AK-47s from war zones in Africa, turning them into jewelry, watches and accessories with proceeds going towards two missions in war-torn regions of Africa: weapon destruction programs and youth leadership programs.

From thriving in a competitive business environment to showing the importance of finding your passion in life, Thum inspires audiences with his remarkable story of seeing wrongs in the world and using his drive and business acumen to right them.

Ethos Water was born and was ultimately acquired by Starbucks. In building a brand, a 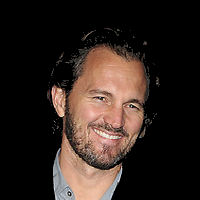 business and a self-funding philanthropic engine directly connecting consumption to a related social mission, Thum forged new ground and created a model that others could follow. While many companies claim to help those in need, Ethos Water puts its money where its mouth is by giving $.05 for every bottle purchased toward humanitarian water programs. Since he created Ethos Water, the company has raised more than $6 million and given water to more than 420,000 people to date.

In addition to his keen business acumen, Thum has a solid understanding of how clean water affects the well-being of millions of people around the world and why the developed world must act quickly to address this massive public health issue.

Leading Forward: The Role of Social Responsibility in the Corporate World
As corporations play an ever-expanding role in our lives, it is now more imperative than ever before that they take the steps necessary to improve the lives of their employees, their consumers, their communities and of society at large. A dedicated social entrepreneur who has successfully established businesses that are driven by a social mission of helping those in need, Peter Thum delivers lessons on the importance of corporate social responsibility from which any organization can learn and benefit. From ethical branding and leveraging philanthropy, to emboldening a corporate message, to building a culture where giving back is a standard operating procedure; Thum helps companies of all sizes to understand the steps they need to complete to put social responsibility at the core of their mission and performance.

The Ethos Water Story: The Keys Behind Successful Social Entrepreneurialism
Countries all over the world are experiencing a water crisis. Millions of people in developing countries lack clean and safe drinking water. As the founder of Ethos™ Water, Peter Thum turned his idea of getting clean water to children into a successful social venture that has changed an industry, generated millions of dollars and changed lives. Thum talks through his eight-year odyssey starting in the townships of South Africa, to brokering an acquisition by Starbucks, and finally running Ethos today as an international brand and social movement. Thum’s story is one of passion, perseverance and success. His story motivates people to dream big and turn thoughts into action. He takes audiences on a tour of the world and shares:

In 2001, while in South Africa, Peter Thum observed the effect of that county’s water crisis on everyday people. Thum saw that those lacking access to clean water were exposed to direct health problems like water-borne illness, and other related health risks. Gathering, carrying and purifying water took an enormous amount of people’s daily time and acted as a serious impediment to economic development, especially in rural areas. Water, Thum realized, was at the core of so many problems in the developing world at large. He wrote down his original idea on a napkin: launch a company that would provide water and raise money for clean water programs in the developing world. ??

He set to implementing that vision in 2002. Thum left his job at McKinsey & Company and founded Ethos and became president of Ethos Brands, LLC. Over the next six years, Thum led Ethos to become a national brand and to raise more than $6 million in humanitarian water grants and helped over 420,000 people worldwide. Ethos was acquired by Starbucks in 2005, and Thum stayed on through to 2008, managing Ethos and serving as a director of the Starbucks Foundation. In 2008, he founded givingwater.org to extend his work toward solving the world water crisis. The organization is now serving over 1,100 school children at schools in Kenya. ??

Thum has since left Starbucks and is advising for-profit and not-for-profit companies on strategy in addition to pursuing his own venture projects. He is currently on the boards for several companies and organizations focused on service including: The Center for Human Rights Leadership; The Dean’s Council of the NYU Wagner Graduate School of Public Service; Impossible to Possible Ultra-Athletic Adventures and The Gleitsman Social Change Film Forum at the Kennedy School at Harvard University.

He is a regular public speaker in the US and abroad, and been profiled by such media outlets as: The New York Times, USA Today, National Public Radio, CBC News, Need, Business 2.0 and The Yale Journal of Public Health; and has been a guest lecturer at the John F. Kennedy School of Government at Harvard University and at Stanford University’s Graduate School of Business, among others. He received the FACE Africa Humanitarian Award for his work toward alleviating the World Water Crisis.

Thum holds an MBA from the Kellogg School of Management at Northwestern University and a Bachelor of Arts from Claremont McKenna College. He lives with his wife in New York City.