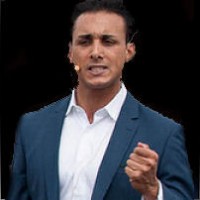 Today, people from each social strata, age, and background are wishing for something more than mere motivation, but a transformation towards a better self, a free mind …all to fulfill their missions.

James Tarantin is an Author, Game Architect, and the Founder of Tarantin Dream. He is also a Philosopher who is the Creator of 4=T²D². “I believe that success is indivisible; the success of anyone anywhere is the success of all of us everywhere.

At the age of 22.with the complete cooperation of the legendary broadcaster Larry King, James Tarantin founded TarantinOream, which was formed in California, but whose mission is global. Our entrepreneurs are Citizens of the World. Since its inception, Tarantin took the initiative to create global contents which indude works of art, literature, animation, games and networks that will bring the cultures of the world together. Cross-Cultural creations that will be reborn again and again, sparking the imagination each generation. Forever self inspiring, James empowers people to the limit, believing that great is only a starting point, not an endpoint. James’ passion is to bring his message to unexplored places so people will access the ever-expanding desire for information and inspiration Due to the great turmoil all over the world, people from the Big Apple to Paris and from Brazil to Berlin, simply desire true inspiration. With a proactive commitment to quality of life, and the openness of the world wide web and the mobile, our actions put emphasis on accomplishments and take pride in individuals who turbo-charge our collective success.

James studied 5 Chief avenues: The Mind, Pragmatism & Enterprises, Morality, Metaphysics and Aesthetics. These avenues are specifically explored in The Equation book and expanded upon within his upcoming written works.

After a horrendous tragedy at the turn of the millennium, James decided that his personal mission was to track historic clues and discover The Equation that was lost through time… hidden in the margins, waiting to be discovered. An Equation that explains The Science of Accomplishment. After several months of deep research and traveling to Rome, The Equation came to James through a dream when he was only 16 years old. 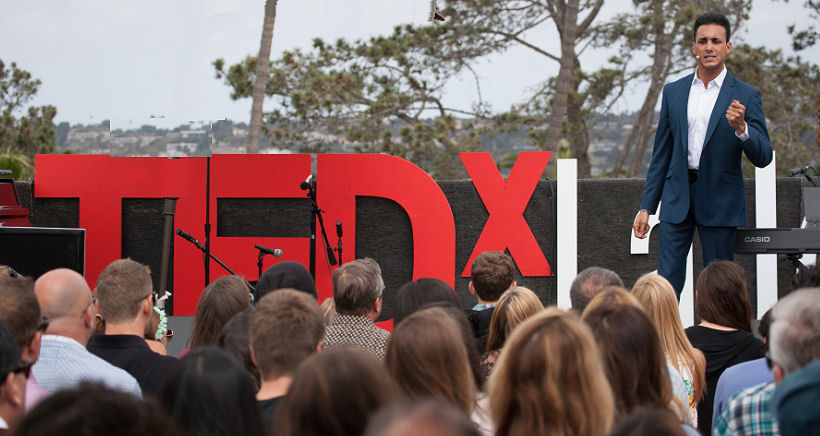 Flash forward to age 25 and James decided to bring the dream to life as he wrote the entire Equation Book by hand. Leaving his beloved home, James immigrated to the United States alone with no family, money or formal education. As a poor immigrant who became a United States Citizen, James became one of the youngest spiritual thinkers in history to write a memoir by the age of 25, in a language that isn’t his mother tongue and with no training in writing. 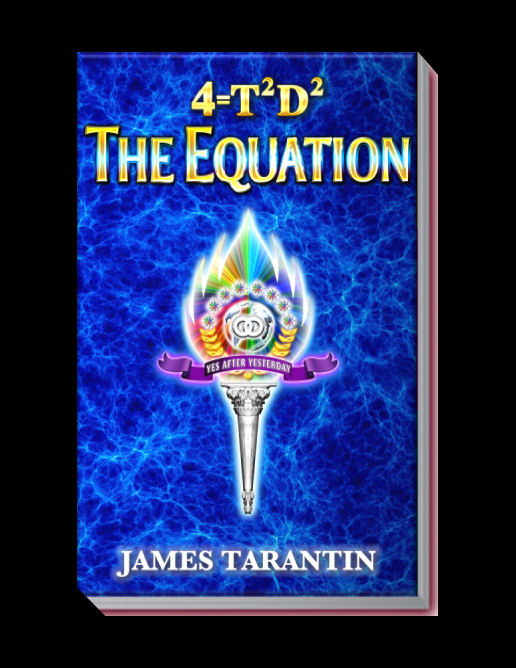 James Tarantin is a philosopher, game architect, American businessman, speaker, and author.
His family heritage begins with his paternal grandparents who after losing all their children were told by a doctor that they will never be able to have a child. Despite this awful decree, no ceiling would defer their dreams.

His grandfather fasted while his lips spilled words of prayer. To the amazement of many, wishes do come true; nine months later, a son was born, David.

James’ father, David, was born into deep poverty where the pots and pans did not serve to cook food, but to hold the raindrops dripping from the sky. He braved the cold and the scorching heat and through the sheer powers of humor, humility and heart … he carried his family up the mountain.

Meanwhile, James’ mother grew up as an orphan raising her only sister alone. Her hope for a little home of her own materialized when she married David and her son, James, was born. She would invest her savings for his education and devote her time to teach him the meanings of Self-Reliance, Wisdom and Generosity towards every member of the human family.

His parents share unconditional love and an abiding faith in the opportunities of all children. Because in a giving world, no barrier, neither your birthplace nor your mother tongue, should block your potential.  Often James would recite the words of Isaac Newton, grateful to his parents: “If I have ever seen farther, it is by standing on the Shoulders of Giants.”

Despite the many difficulties which present themselves to many students, James learned that if one is to quit on him or herself, then he or she quits also on their family, country and the future of others. Therefore, as a student he immersed himself with knowledge, reading constitutions and influential books such as The Wealth of Nations and the I Ching.

At the age of 16, James’ loving, young aunt passed away in a tragic manner before accomplishing her dreams. This heartbreaking event inspired him to do deep research for six months and travel to Rome to discover an Equation that will provide people with a science of accomplishment and a power to reach happiness.

With no formal training in writing, James became one of the youngest authors in history to write a memoir. The Equation book is one of the few memories ever written to give people a groundbreaking Equation on which to climb up.

While still a teenager, James set sail to Asia, Europe and the Americas to experience other cultures; an innocent search for self and a higher purpose.

His belief in people grew ever-larger. When he reached poverty, a wealthy man gave him some coins. When he had no health insurance for years, doctors would treat him free of charge. When his family was miles away, a perfect stranger extended hospitality. When he encountered the famous painting of George Washington Crossing the Delaware, he saw purpose and a new hope. In the words of Ghandi, “The best way to find yourself is to lose yourself in the service of others.”

James arrived to Los Angeles, California at the age of 21. James’ family heritage and life experiences serve the truth that America is a nation of immigrants, and though we come from different places and speak different tongues, our hearts beat as one.

At the age of 22, though still young and untested, the legendary broadcaster Larry King took James under his wing, giving testimony that the American Dream genuinely means giving each other opportunities.

Although the recession of 2008 had hit the global economy, James decided to take initiative. He founded his company, TarantinDream L.L.C. The company’s mission is to spark the imagination of generations with works of arts in the field of media: games, films, literature and animation. As the company’s president, he has five responsibilities: content creation, global strategy, legislation, balancing the budget, and transparency.

James became an American Citizen at the age of 25.

Building on his Quotables, he serves as a speaker and personal guide to many people while also running his second enterprise, Flag & Symbol L.L.C.

On June 1, 2014, at the age of 28, James married his better half, Sophia, who has been a mentor and a teacher to many, aspiring children in California, for over a decade. In a gentle way, she often offers a simple truth – “I believe that success is indivisible; the success of anyone anywhere is the success of all of us everywhere.”