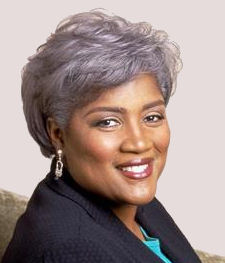 •  Worked on every Presidential campaign since 1976

•  Named one of the “100 Most Powerful Women” by Washingtonian magazine

O, The Oprah Magazine chose Donna Brazile as one of its 20 “remarkable visionaries” for the magazine’s first-ever O Power List. In addition, she was named among the 100 Most Powerful Women by Washingtonian magazine, Top 50 Women in America by Essence magazine, and received the Congressional Black Caucus Foundation’s highest award for political achievement. In 2016, Ms. Brazile was awarded Wonk of the Year from the Kennedy Political Union at American University.  In March 2018, Ms. Brazile Black Enterprise awarded Ms. Brazile with the Barbara Graves Legacy Award.

Political Perspective
Donna Brazile, the veteran political strategist, delivers an in-depth look at the Obama Administration, the state of the current Congress, and the country’s current political landscape. She analyses the hot political topics of the day, using behind-the-scenes insight gained from her days on the campaign trail. Brazile’s balanced scrutiny of politics and current events, from the view-point of a media veteran, gives audiences an entertaining and edifying experience they won’t soon forget.

Passion for Politics
Donna Brazile delivers anecdotal stories stemming from her experiences, such as working on every presidential campaign since 1984, heading the Gore-Lieberman campaign, serving as chief of staff and press secretary to Congresswoman Eleanor Holmes Norton (D-DC), serving as chair of the Democratic National Committee’s Voting Rights Institute, and being a Democratic political strategist. Brazile offers a comprehensive picture of the political environment, she gives an original perspective on the trends shaping and driving the mood of the country.

Point/Counterpoint with Dana Perino
In this presentation, Donna Brazile pairs up with former White House press secretary and current political commentator Dana Perino to offer perspectives from opposite sides of the aisle on today’s hot-button political issues. Both women are media savvy, appearing regularly on network news programs, and both have high-level practical political experience. Perino worked for President Bush, and Brazile worked for Al Gore’s presidential campaign. These two highly-regarded strategists make up a power duo that debates the issues that affect elections and shape the political landscape.

Diversity and Inclusion: Expanding the Circle of Opportunity and Why it Matters
Donna Brazile was the first African-American woman to manage a presidential campaign and is known for her work promoting diversity. An expert on political and socioeconomic issues, she sits on the board of the Professional Diversity Network and looks at why expanding the circle of opportunity for minorities helps everyone succeed and how diversity is the key to success both in the board room and in Washington DC.

Brazile began her political career at the age of nine when she worked to support the campaign of a city council candidate who promised to build a playground in her neighborhood. Four decades and innumerable state and local campaigns later, she has worked on every presidential campaign from 1976 through 2000, when she served as presidential campaign manager for former Vice President Al Gore.

Author of the bestselling autobiography Cooking with Grease: Stirring the Pots in American Politics, Brazile is an adjunct professor at Georgetown University. In the media, she serves as a political contributor on CNN, consultant to ABC News, regularly appearing commentator on ABC’s This Week with George Stephanopoulos and frequent contributor to National Public Radio. In print and online, she is a columnist for Roll Call and Ms magazine.

Washingtonian named Brazile one of the ‘100 most powerful women’ and Essence named her one of the top 50 women in America. The Congressional Black Caucus Foundation has bestowed upon her its award for political achievement.

Prior to serving as vice chair of Voter Registration and Participation, Brazile dedicated herself to strengthening the American democratic process as chair of the Democratic National Committee’s Voting Rights Institute, established in 2001 to help protect and promote the rights of all American citizens to participate in the electoral process. Her passion is encouraging young people to vote, work within the system to strengthen it and run for public office.

Former Louisiana Governor Kathleen Blanco appointed Brazile, a New Orleans native, a member of the board of directors of the Louisiana Recovery Authority, the guiding agency charged with leading the state s rebuilding process in the aftermath of two catastrophic hurricanes.

Brazile is founder and managing director of Brazile & Associates LLC, a general consulting, grassroots advocacy, and training firm based in Washington, D.C. 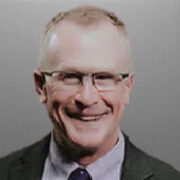