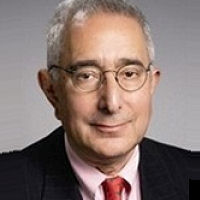 Ben Stein is either the world’s funniest economist, or the most economically well-trained funny man… and he’s definitely one of the busiest, most well-received speakers in the world. Ben Stein knows markets and theories and keeps totally up-to-date, hour by hour. He speaks to colleges and universities, businesses, private organizations, and at special events—even parties. Ben can talk about economics, finance, current events and, of course, Hollywood and his experiences there. And any size group is the perfect size.

In May 2009, Ben spoke to an audience of 23,000 at a university commencement, and one week later spoke to a gathering of 35 private-equity players. Ben’s speeches are always funny, insightful, and loaded with lessons everyone needs to know, and he always leaves audiences deeply thoughtful. Most of all Ben loves people. He stays with the group for a long time after his speeches… and he’s there before for them, too.

Ben Stein on Life
Ben Stein is a profoundly unique individual who has had the good fortune to have “been there and done that” in a myriad of professions that many of us only dream about, see on television, or read about in the news. Always entertaining, always informative and possessing expertise in everything from law to laughs, Ben Stein will leave your audience with useful insight (if you want it!) or simply great memories of a fun time had by all.

Ben Stein on the Economy
In election after election there is endless complaining about waste, fraud and abuse in Washington. Each batch of candidates promises to clean it up, but somehow it never happens. With the latest economic debacle in full tilt, one thing is for certain — you and I will pick up the monster-sized bill in many different ways. What is missing is more regulation from Washington and more prosecution, not less. Ben Stein shares these insights and more regarding the current economy, what prompted this fiasco and what must be done to dig us out.

Ben Stein on the Economic Crisis
What is needed–a positive policy for moral and economic recovery. How we got into this mess, how bad is it, and how are we going to get out-and make sure it never happens again

Ben Stein at Universities and Colleges
His topics include, What Does It All Mean for You? The Economic Meltdown: How It Happened and How You Can Survive It and Thrive

Ben Stein for Humorous Events
How to ruin your life. Updated for all occasions.

Ben Stein (Benjamin J. Stein) was born November 25, 1944 in Washington, D.C., (He is the son of the economist and writer Herbert Stein) grew up in Silver Spring, Maryland and attended Montgomery Blair High School.

At American University, he taught about the political and social content of mass culture. He taught the same subject at UCSC, as well as about political and civil rights under the Constitution. At Pepperdine, he has taught about libel law and about securities law and ethical issues since 1986.

He has been a columnist and editorial writer for The Wall Street Journal, a syndicated columnist for The Los Angeles Herald Examiner (R.I.P.) and King Features Syndicate, and a frequent contributor to Barrons, where his articles about the ethics of management buyouts and issues of fraud in the Milken Drexel junk bond scheme drew major national attention.

He has been a regular columnist for Los Angeles Magazine, New York Magazine, E! Online, and most of all, has written a lengthy diary for twenty years for The American Spectator.

He currently writes a column for The New york Times Sunday Business Section and has for many years, a column about personal finance for Yahoo!, is a commentator for CBS Sunday Morning and for Fox News.

He has written, co-written and published thirty books, including seven novels, largely about life in Los Angeles, and twenty-one nonfiction books, about finance and about ethical and social issue in finance, and also about the political and social content of mass culture. He has done pioneering work in uncovering the concealed messages of TV and in explaining how TV and movies get made. His titles include A License to Steal, Michael Milken and the Conspiracy to Bilk the Nation, The View From Sunset Boulevard, Hollywood Days, Hollywood Nights, DREEMZ,Financial Passages and Ludes. His most recent books are the best-selling humor self-help series, How To Ruin Your Life. He has also been a longtime screenwriter, writing, among many other scripts (most of which were unmade ) the first draft of The Boost, a movie based on Ludes, and the outlines of the lengthy miniseries Amerika and the acclaimed Murder in Mississippi. He was one of the creators of the well regarded comedy, Fernwood Tonight.

He is also an extremely well known actor in movies, TV and commercials. His part of the boring teacher in Ferris Bueller’s Day Off was recently ranked as one of the fifty most famous scenes in American film. From 1997 to 2002, he was the host of the Comedy Central quiz show, Win Ben Stein’s Money. The show has won seven Emmies. He was a judge on CBS’s Star Search and on VH-1’s America’s Most Smartest Model.

He lives with his wife, Alexandra Denman (former lawyer,) six cats and three large dogs in Beverly Hills. He is active in pro-animal and pro-life charitable events.