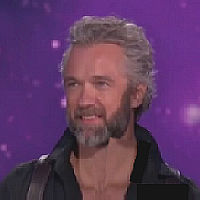 William Close’s passion is to create and play unusual musical instruments that are in a way closer to sculptures or architectural projects.  In 2014, officials from Guinness World Records confirmed that Close’s “Earth Harp” was the “longest stringed instrument in the world”, measuring nearly 958 ft., after the artist gave a concert in Singapore using a 36-story building as the instrument’s neck.  “I love creating sound.  I love creating new ways to make sound, to make music.  It’s an amazing experienct to start working in the shop on an idea, build it and then get to a place where it sounds great.”

A performer for 20 years, William Close is a musician, lecturer and inventor who has created over 50 musical instruments, including the Earth Harp. William first set up the Earth Harp, the world’s largest harp, across a valley that extended 1,000 feet. He has developed many musical instruments, experiences and designs that are completely new to the world. His vision and ideas have been presented and celebrated all around the planet. William offers a truly unique and creative speaking experience!

William magnificent presentations on stage often include one or more of his incredible instruments such as the Earth Harp, Aqua Tar, Drum Jacket along with others. He transports the audience through his unique and inventive world with words along with his musical performance. William’s lectures are very interactive as he gets the audience involved in the music, and the creation of their own design! 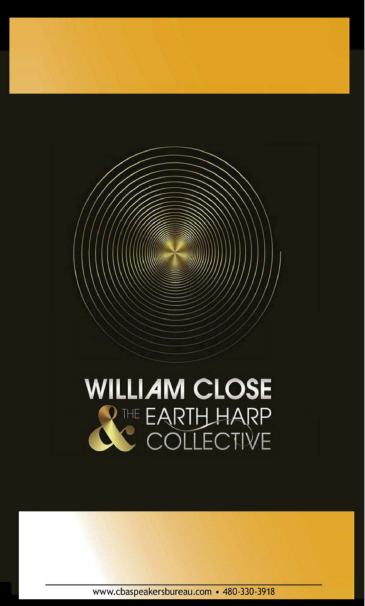 Musical Performance and Lecture
William has an immense collection of unique musical presentations, each one sculpted to that particular venue and audience. He has created a 90-minute show that fuses all of his instruments into a musical experience that is based in Rock, Classical and world music.
Familiar pieces such as Kashmir by Led Zeppelin, Moonlight Sonata by Beethoven or Wish You Were Here by Pink Floyd along with original music created for the instruments. Each musical masterpiece introduces a new instrument such as the most famous Earth Harp, the Aquatar, Drum Cloud, Chime Sword, Drum Jacket, Violin Jacket, Long Bow Harp, Drumbrella, Wing Harp, Drum Orb and even Aerial Instruments!

William has done extensive educating, lecturing, and workshops through the years. His lectures incorporate his musical inventions along with other powerful themes that relate to his experience, such as design, architecture, science, travel, sculpture, sound, invention, acoustics innovation. etc.

William often has some of his instruments on stage with him, allowing for an interactive verbal and musical experience with the audience.

In addition to his musical performance William will share:

Innovative Entertainment
William Close has developed many musical instruments, experiences and designs that are completely new to the world. His incredible vision and unique ideas have been presented and celebrated all around the planet.

William will transport your audience with his one-of-a-kind presentations and take you on a journey through his uniquely innovative process of using the power of his musical performances combined with interactive lectures.

With the help of audience participation, William teaches how to create a personal musical design.

In this presentation your audience will discover the power of: 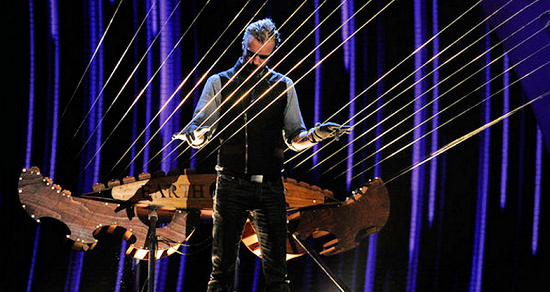 William has performed at world-renowned festivals including:

In addition, William and The Earth Harp have stunned audiences with his full-length performances at performing arts centers including: 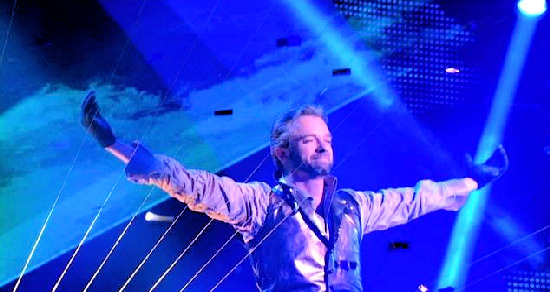 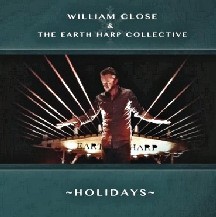 William is the Founder and Artistic Director of EarthHarp Collective and MASS Ensemble. MASS is an acronym for music architecture sound and sculpture. The groups work with his unique designs to create music based stage shows that push the envelope of the musical experience.

Close has traveled extensively around the planet performing and inventing new musical experiences. William has inspired millions with his unique musical works. He recently finished third as Americas most talented on the television show “Americas got Talent”.

William studied sculpture and sound design at the Art Institute of Chicago. His unique combination of sculpture, music and installation art blossomed into a new genera of music making designs and his installations and performances have been experienced throughout the world. He has performed at the Kennedy Center in Washington DC, Lincoln Center in New York, to the Coliseum in Rome, The Grand Theater in Macau and Hong Kong just to name a few.

The Earth Harp is the largest stringed instrument on the planet. It was developed by William in 1999. The body of the instrument rests on the stage and the strings travel out over the audience attaching to the back of the theater, turning the theater / concert hall, architecture and landscape into the instrument. The giant long strings are played with violin rosin covered gloves. The player runs their hands along the strings creating beautiful cello like tones. The reason it is titled the Earth Harp is due to the fact that the first time it was installed, the strings ran from one side of a valley 1000 ft. across to the other side, turning the Earth / landscape into a giant harp. The Earth Harp has been installed around the world. The Strings have stretched to the top of the Seattle Space needle, To Temples in Vietnam, in the famous Grand Theater of Macau, The Coliseum in Rome, Amazing Architecture in Hong Kong and India, to the Kennedy Center and Lincoln center in the United States.

William Close’s ideas and experiences are very unique. In 2007 William lost everything he had to the wild fires of California. His home studio and all his inventions and instruments were destroyed. Everything was gone! William persevered, rebuilding new and better versions of the instruments, a new studio and he has just finished rebuilding the house into an amazing new piece of musical architecture in place of the old house The experiences that surrounded these events were powerful and transformative for William. Through these hardships William has grown and expanded as both an artist and a person with his partner Sarah and their son Phoenix. 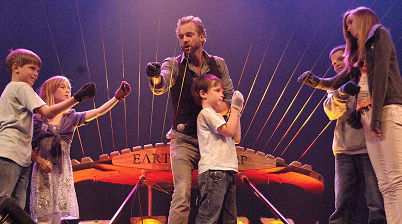