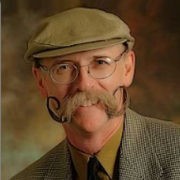 .
“Is he the guy with the moustache?” If the name Dennis Gage is not instantly familiar to someone, his handlebar moustache certainly is.

Dennis is host of the weekly television program, My Classic Car, which captures America’s love  affair with the automobile!

﻿Dennis Gage, host of Speed TV’s “My Classic Car,” is known for his seemingly boundless enthusiasm, his trademark handlebar mustache and the catch phrase with which he ends every episode, “Honor the timeless classics.” Standing five foot eleven and weighing 155 pounds dripping wet, Dennis is probably the most unlikely television star you’ll ever meet. Yet for the past 15 years, he’s been lighting the old car world on fire with his passionate discourse on classic cars and the classic car scene. 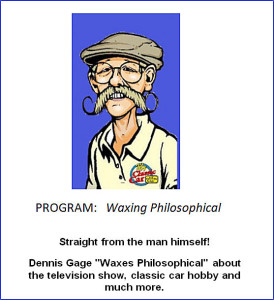 Dennis grew up on a small family farm in northwestern Illinois. He started tinkering with cars early on and purchased his first, a T-Bird, at age. He also played guitar and trumpet in a variety of rock, folk, and school bands.

Upon graduation from high school, he went to North Central College in Naperville, Illinois where he majored in both chemistry and physics. His undergraduate research in quantum physics received an American Chemical Society award. He continued his automotive interest and, through the course of his college years, owned a number of muscle and sports cars. He also kept up his music, playing in local coffee houses.

After receiving his degree, Dennis took up the pedal steel guitar and started playing in countryrock bands in the Chicago area. He has opened for acts such as Charlie Daniels, Waylon Jennings and Dr. Hook. However, after two years, Dennis decided to retire from the music scene and go to graduate school.

He attended the Un 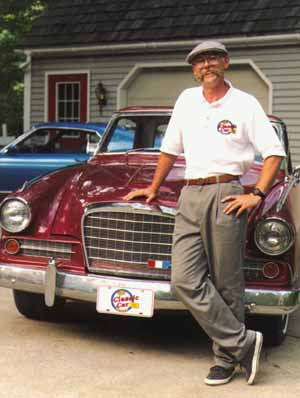 iversity of Idaho, from which he received a Ph.D. in chemistry. While there, Dennis became an avid climber and winter mountaineer. He also finally married his high school sweetheart, Ellen.

Dennis accepted a position as a product development scientist at The Procter Gamble Company in Cincinnati, Ohio. There he either worked on, or created, most of PGs food products in the store including Pringles, with which he bears a striking resemblance to the handlebar mustachioed character on the can. Dennis holds a number of patents on PG products. Once again having some disposable income, Dennis got back to playing with classic cars. This is also where he and Ellen had their three children.

After years at P&G, Dennis took a position as Director of Product Development at a Bristol-Myers Squibb company in Evansville, Indiana where he led the development of Boost nutritional energy drink, among other products. In he met the founder of the fledgling Bradley David Productions, Inc., and he became co-owner of the company shortly thereafter. A My Classic Car pilot series, hosted by Dennis, was developed for TNN and received strong ratings when it aired on TNN in early. Based on this success, the show premiered as a weekly series on TNN in January. After only months on the air, Dennis was selected by The Cable Guide and Total Television as one of the SHot Faces of Cable for.

The show moved to SPEED channel where it reaches over million households. Now in production for its sixteenth season, My Classic Car is one of the highest rated programs on the network. In addition, Dennis is the Executive Producer of the motorcycle television programs, Corbin’s Ride On and Trippin’ on Two Wheels, and the reality series, Texas Hardtails, as well as the independent film, November.

Dennis and his business partner received the Ernst Young Entrepreneur of the Year award for Indiana in. Dennis also serves on the Board of Directors of the Specialty Equipment Market Association (SEMA), as well as a number of academic and industry advisory boards. In Dennis became sole owner of the production company and renamed it MadStache, Inc. and with his own lifelong love of cars and motorcycles, he states, This has got to be the ultimate job!