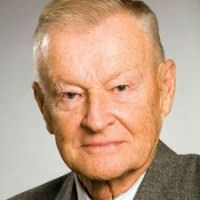 One of the world’s foremost experts on international relations, former National Security Advisor Zbigniew Brzezinski offers perspectives on world affairs and the complex issues facing the Obama administration. With a mind that recognizes the complexities and interrelations of seemingly unrelated events, Dr. Brzezinski offers audiences an in-depth analysis of the events of the day, discussing U.S. foreign policy, global trouble spots, and the political and business implications of the evolving global marketplace. Audiences learn the nuances of a constantly shifting strategy and foreign policy from someone who’s helped shape both.

The son of a Polish diplomat who left Europe just prior to World War II, Brzezinski is the author of The Grand Failure: The Birth and Death of Communism in the 20th Century, The Grand Chessboard, Second Chance: Three Presidents and the Crisis of American Superpower and co-author of America and the World: Conversations on the Future of American Foreign Policy. A recipient of the Presidential Medal of Freedom for his work on American-Chinese relations, Brzezinski is a counselor and trustee at the Center for Strategic and International Studies and professor of American Foreign Policy at the Paul Nitze School of Advanced International Studies at Johns Hopkins University. 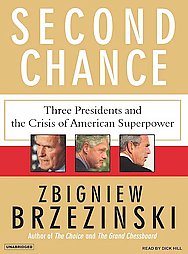 Zbigniew Brzezinski. Counselor and Trustee, Center for Strategic & International Studies; and Professor of American Foreign Policy, the Paul Nitze School of Advanced International Studies, Johns Hopkins University, Washington, DC. From 1977 to 1981, National Security Adviser to the President of the United States. In 1981, awarded the Presidential Medal of Freedom “for his role in the normalization of U.S.-Chinese relations and for his contributions to the human rights and national security policies of the United States.”

Public and Political 1973-76, Director of the Trilateral Commission; in the 1968 presidential campaign, chairman of the Humphrey Foreign Policy Task Force; in the 1976 presidential campaign, principal foreign policy adviser to Jimmy Carter; in the 2008 presidential campaign, very early and prominent public supporter of Obama. In 1988, co-chairman of the Bush National Security Advisory Task Force. Past Member of Boards of Directors of Amnesty International, Council on Foreign Relations, Atlantic Council, the National Endowment for Democracy; Co- Chairman, American Committee for Peace in the Caucasus. 2004, Co-Chair, Council on Foreign Relations-sponsored Independent Task Force, Iran: Time for a New Approach.

Academic On the faculty of Columbia University 1960-89; on the faculty of Harvard University 1953-60. Ph.D., Harvard University, 1953; B.A. and M.A., McGill University 1949 and 1950. His latest book is AMERICA AND THE WORLD: Conversations on the Future of American Foreign Policy, coauthored with Brent Scowcroft and moderated by David Ignatius. He is also the author of SECOND CHANCE: Three Presidents and the Crisis of American Superpower; THE CHOICE: Global Domination or Global Leadership; THE GRAND CHESSBOARD: American Primacy and its Geostrategic Imperatives; the best-selling THE GRAND FAILURE: The Birth and Death of Communism in the 20th Century; OUT OF CONTROL: Global Turmoil on the Eve of the 21st

Century; GAME PLAN: How to Conduct the U.S.-Soviet Contest; POWER AND PRINCIPLE: Memoirs of the National Security Adviser, 1977-1981; THE FRAGILE BLOSSOM: Crisis and Change in Japan; BETWEEN TWO AGES: America’s Role in the Technetronic Era; THE SOVIET BLOC: Unity and Conflict and of other books and many articles in numerous U.S. and foreign academic journals