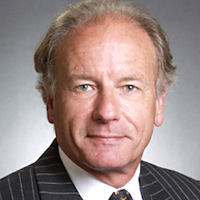 Perhaps the most trusted voice on Social Security and retirement finance reform, both in the United States and around the world, William Shipman enlightens audiences on a potential crisis of international proportions that has, up until recently, gone largely unnoticed. The rapid increase of the elderly population, combined with support systems that are unprepared to handle this unprecedented shift, have put our living standards, international strategic relationships and our very way of life in jeopardy. Shipman addresses real world, positive solutions and the tremendous opportunities that are possible with thoughtful reform.

Shipman’s advice and insight have been sought by governments and organizations around the world, including the United Nations, the United States Congress, the governments of Australia, China, Russia and the European Commission. Co-author of the book Promises to Keep: Saving Social Security’s Dream, Shipman is chairman of CarriageOaks Partners LLC, a consulting firm specializing in retirement finance, and spent more than 30 years in institutional financial research and consulting. The foremost expert on Social Security, William Shipman shares his insights on the future of the world’s aging population.

Social Security Reform: An Unprecedented Global Challenge
Many Americans think Social Security is an American invention, a social policy unique to our country. They are terribly misguided. Social Security is a child of the Industrial Revolution and was first implemented in Germany in 1889. The idea of a large government entitlement has spread throughout the world and now about 70 percent of all countries have systems much like ours. They are all financed through payroll taxes, provide very low benefits relative to costs and have unfunded liabilities well in excess of countries’ sovereign debt. Globally, Social Security is a ticking time bomb. The relevant questions are will it explode or will nations figure out a way to dismantle the bomb. Either way, no one will escape.

In his speech, Shipman will explain how we got to this critical point, what factors drive the escalating problem and, importantly, how to solve the problem. Shipman has shared his extensive experience with hundreds of audiences across 21 countries and six continents. Given our recent public awareness that entitlements can crush our economy and ultimately our freedom, Shipman’s comments are now particularly important.

How Wealth Produces Poverty and What to Do About It
Social Security benefits are provided by taxing workers’ payroll. But as countries prosper, life expectancy increases and fertility rates fall leaving fewer workers relative to retirees. This results in the fact that the entire financial structure that supports Social Security is crumbling. This is especially true in Europe and Japan, two very important economies and strategic partners to the U.S. The fertility rate that replaces the population is 2.1. Below 2.1, populations shrink, above, they grow. Fertility rates in Europe average about 1.3, while in Japan 1.2. Europe and Japan are shrinking and at the same time aging; the number of workers relative to retirees is shrinking. Beyond this, Japan’s total population is expected to decline by 60 percent by the end of this century. Shipman will share the details that support these points and will also explain how to avoid the catastrophe they portend.

Why Europe is Becoming Less Important to the United States
Europe has long been a strategic and economic partner of the United States. Its economic success in many ways contributes to ours. Conversely, its failure can influence ours. Europe, in fact, is failing. Although there are numerous reasons for this, one is most significant and not well understood. Europe, Germany specifically, is the birthplace of entitlements. Entitlements are promises to provide benefits to the population sometime in the future, commonly during retirement. These benefits are generally retirement income, commonly called Social Security and health care subsidies. Giving one a promise of future benefits allows the government to spend more currently than it could if it provided the same benefit in the present. This is not so, of course, if governments funded such promises, but they haven’t and they don’t.

As these promises were historically made and actually kept over decades, populations became dependent on them and somewhat rightfully considered them their right. Nowhere is this more prevalent than in Europe. Being entitled to government benefits is now part of Europeans’ cultural DNA. The problem, however, is that the promises can no longer be kept because European economies and demographics preclude it.

Even a casual observer of current events recognizes that governments around the world have made promises they cannot reasonably keep. This is especially true in Europe, Greece being the poster boy, although it is true in other regions of the world. The economies of European countries are stagnant, their debts are oppressive and their entitlement spending is unsustainable. Furthermore, their populations are aging and shrinking. This is why the United States is looking eastward with the intent of establishing stronger relations with Japan—the second largest economy in the world as measured by GDP per capita and China—the second largest economy in the world as measured by GDP. Although this redirection of interest is understandable, it is fraught with its own dangers because Japan is also aging and shrinking. In just 13 years Japan, demographically speaking, will be the oldest country in the world. By the end of the century its population will have declined 60 percent.

And that is why it is mandatory. If it were voluntary, most people would leave it for the more efficient defined contribution model.

The Social Security debate is emblematic of the role of government in our lives. With irrefutable evidence that Social Security is a bad deal, we are not free to leave it. We are not free to spend the equivalent of our payroll taxes on a more efficient structure. We like to think of ourselves as free, but in this particular case we are not. And this is not a trivial case: 80 percent of workers pay more in payroll taxes than they do in income taxes and for which they receive very little. Again, what is the role of the individual, of the government, in a free society?

Shipman will share with you his experiences with congress, his testimonies to congressional committees and his plan to allow all workers to remain with Social Security or leave it.

Baby Boomers, 77 million strong, are now beginning to retire. They are also sailing into an unforeseen perfect storm that will challenge them as they never expected. They and their children are in for the financial fight of their lives.

As the Boomers approach retirement they are confronted with three major obstacles: The Great Recession, the collapse of global capital markets, and entitlement debt that is not only unaffordable, but unfathomable.

The recession and its high unemployment have caused many seniors to lose their jobs. From their point of view, they’re too young to quit working, but they may be too old to be re-employed. This dilemma has caused many of them to retire earlier than planned.

Their earlier retirement means that their nest eggs will have to last longer than they previously thought. While that’s bad enough, the collapse of worldwide capital markets has pummeled their retirement assets further, increasing the chance that they’ll outlive their wealth. These two realities have led some to reason that their only choice is to apply for Social Security benefits earlier. This decision incurs another cost: lower monthly benefits for the rest of their lives.

To compound this, the Social Security and Medicare programs that they are relying on face their own perfect storm. Lower birth rates and higher life expectancy have changed the future of these programs immeasurably. In 1950 there were 16 workers paying into Social Security for each retiree receiving benefits. Today, there are only 3.3. And that number will shrink further, putting an enormous strain on these systems. Over the long run the unfunded liability of these two programs is

$106 trillion or about $905,000 for each American household. That is the tax required to be paid today, plus payroll taxes into the future, to put these two programs on a secure financial footing. It’s not going to happen. What do we do? 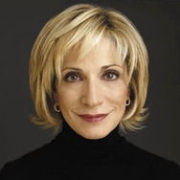