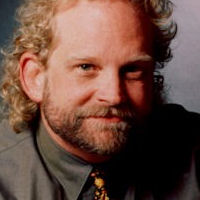 Watts Wacker is one of the most celebrated and influential minds in modern business. A Time Magazine “Person of the Year” and one of the world’s most respected futurists, Wacker is a bestselling author, lecturer, political commentator and social critic. His uncommon versatility and vision has allowed him to help the world’s top corporations and organizations navigate the sea of change that is taking hold in the new millennium.

Wacker is CEO of FirstMatter, an innovative think tank whose guiding principle is to challenge convention.  The promise of FirstMatter is to bring the future to an organization and – praised as one of today’s best storytellers, that is exactly what Watts Wacker will do for you.

There is no subject for which Watts Wacker does not feel prepared to create a story – a fully customized presentation incorporating powerful insight and unparalleled perspective. Accordingly, his topic range is expansive and diverse but is rooted in first-hand research and experience in each subject matter.

The Consumer Agenda
Including topics:

The Social Agenda
Including topics:

Watts is available for Master of Ceremonies work, development and execution of customized workshops, ideation work, meeting facilitation and other consultative assignments.

Watts Wacker is one of the most celebrated and influential minds in modern business. A professional speaker, best-selling author, political commentator and social critic, he is one of the world’s most respected futurists. His uncommon versatility and vision has allowed him to help the world’s top corporations and organizations navigate the sea of change that is taking hold in the new millennium. He has been the futurist at SRI International, the legendary Menlo Park think tank, and spent ten years as the resident futurist at the preeminent social research organization, Yankelovich Partners.

As founder and director of FirstMatter LLC, Wacker has focused his attention on creating a new kind of think tank and he describes himself as a twenty-first century alchemist as well as “a cross between James Brown and the unknown comic, (the hardest working nobody in the business.)” His speaking style has earned Wacker as credits as being one of the best storytellers today. His book, The 500 Year Delta was an international bestseller, translated into ten languages and was an “editors choice” top five selection on the Amazon.com book list for 1997. The Delta was also selected for the NASA library. Wacker’s second book, The Visionary’s Handbook is required reading at many of the world’s finest business schools and received outstanding reviews. Both books were coauthored with Jim Taylor.

Recent work includes contributing, editing and ghost writing numerous books, broadcast commentary as well as magazine and journal articles. His third book, The Deviant’s Advantage received a tremendous reviewer response including from Time Magazine, Fortune, The New York Times, and The Harvard Business Review. His fourth book, What’s Your Story? Storytelling to move markets, audiences, people and brands, was released in August 2007 and both books are co-authored with Ryan Mathews. Wacker and his “wizardry practice” have been featured in the media the world over. He has been labeled a “must quote” by the Associated Press.

Wacker was the original consulting pollster to the Fox News Division and directed the Time Magazine Poll. While at Yankelovich Partners he also managed the preeminent trends prediction service in the United States, for ten years. Wacker’s additional previous experience also includes management positioning in the health, beauty, toy and food industries, and ownership and operation of two radio stations outside Corpus Christi, Texas.

Wacker holds degrees from both Tulane University and the University of Texas in Austin as well as a research fellowship at The Institute for Constructive Capitalism. He has lectured at many colleges and universities around the world.