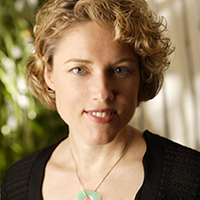 As Asia becomes the engine of growth for a post-crisis global economy, changes in China and India are rapidly shaping the world’s political and economic future. Robyn Meredith’s insights are a convergence of her extensive travels throughout Asia and her unique access to business leaders worldwide. Based in Hong Kong as Forbes’ foreign correspondent, Meredith wrote the definitive book on the rise of India and China, The Elephant and the Dragon, which The Wall Street Journal named one of the top 10 books on Asia. She also writes the “Off Shore” column on globalization and geopolitics for Forbes.com and anchors a weekly webcast. Meredith explains how dramatic developments in Asia are changing the world for all of us. Her talks serve as a wake-up call, delivering crucial information to Main Street and Wall Street alike. She connects with her audiences via thought-provoking speeches along with frank and lively question-and-answer sessions that alter the way audiences look at the world.

How to Win in the World’s ONLY Big Growth Markets
The road to recovery leads to Asia, with China leading the world out of recession. Today, China and India are the world’s only large, fast-growing economies, while the U.S., European and Japanese economies are becalmed in the doldrums. Forward-thinking companies and investors looking for growth are targeting largely untapped markets in China and India, with more and more companies earning bigger profits in Asia than at home. But to prosper, business leaders must understand how to do business there. Robyn Meredith shares:

All You Need to Know about India and China
The fact that these two giants are embracing globalization and capitalism represents a seismic shift in business and politics. Robyn Meredith calls this “Tectonic Economics.” The West must understand the changes at hand to thrive in this new world order. From this speech you will learn:

America’s Urgent Competitiveness Challenge
The powerful rise of China and India has Americans worried – and it should. But far from despairing about the arrival of the new economic leviathans, the U.S. needs to unlock its own massive potential with a fresh sense of urgency. You’ll learn:

Robyn Meredith is the author of The New York Times bestseller, The Elephant and the Dragon: The Rise of India and China and What it Means for All of Us, published by W.W. Norton. She is senior editor, Asia for Forbes, where she writes the “Off Shore” column on globalization.

For Forbes, she has written cover stories on Sony, General Motors, Kodak, Microsoft, Philips, Toyota, Ratan Tata, Li & Fung and Infosys. Meredith joined Forbes as its Detroit Bureau Chief in April, 2000 to write about the auto industry. She moved to Hong Kong in 2002. One of her articles was included in the 2002 edition of the book The Best Business Stories of the Year.

Meredith is an award-winning journalist who previously wrote for The New York Times, USA Today and The American Banker newspaper, where her reporting exposed a pattern of insider deals at savings and loans that led to four Congressional hearings and an overhaul of U.S. banking regulations governing initial public offerings.

Meredith received a B.A. in English Literature from Boston