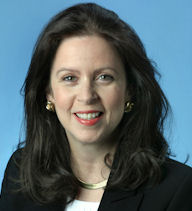 Award-winning journalist and author Robin Wright has spent her professional life reporting from more than 140 countries on six continents; her foreign tours include the Middle East, Europe, Africa, and several years as a roving foreign correspondent. She has covered a dozen wars and several revolutions, and most recently covered U.S. foreign policy for The Washington Post. Her book, Sacred Rage: The Wrath of Militant Islam, is a seminal treatise on terrorism, and she has written extensively about Muslim extremism, the Middle East and Iran’s place in global politics and the war on terrorism.

The Future of the Middle East
Wright takes a look at the activists and movements now beginning to change the world’s most volatile region. The challenges are still many. But almost a decade after the 9/11 attacks, a wide array of characters – from feminists and bloggers, thinkers and judges, religious leaders and students – are rejecting extremism while also challenging the status quo in unusual ways.

Obama’s World: New Approaches By a New Administration
President Obama is changing America’s dealings with the world on issues ranging from Iraq and Afghanistan, to Russia and China, and from energy to terrorism. Wright looks at the 10 pressing problems the new president will face around the world – and how his administration will tackle them.

The 21st Century World: Challenges and Opportunities Ahead
As a journalist and author who has lived or traveled in over 140 countries in Asia, Europe, Africa, and the Americas, Wright takes a look at trends around the world in the 21st century.

Iran: The Next Confrontation?
Thirty years after its Islamic revolution, Iran is more of a challenge than ever before because of its controversial nuclear program. Bush opted to use military might in Afghanistan and Iraq. How will Obama deal with the challenge of Iran, which has emerged as the superpower of the Middle East?

Women of the World
Women are one of the two most important engines of change worldwide in the 21st century. From a woman born into a Moroccan harem to a South African doctor taking on poverty and an Iranian human rights lawyer who won the Nobel Peace Prize, an eclectic array of women are redefining the goals and means of activism. Hear their stories from someone who has met them and can analyze what they mean for countries around the world.

SOME of ROBIN WRIGHT’S BOOKS: 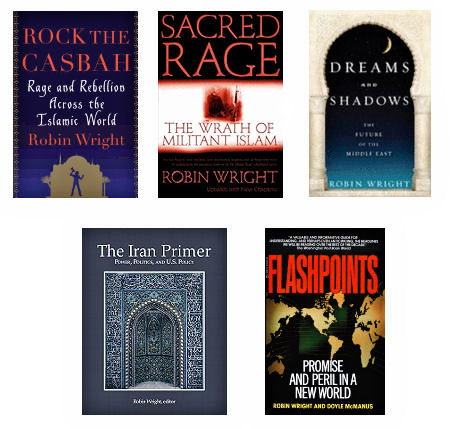 Robin Wright has reported from more than 140 countries on six continents for The Washington Post, The Los Angeles Times, The Sunday Times of London, CBS News and The Christian Science Monitor. She has also written for The New Yorker, The Atlantic Monthly, Foreign Affairs, Foreign Policy, TIME, The New York Times Magazine, The International Herald Tribune, and many others.

Her foreign tours include five years in the Middle East, two years in Europe, seven years in Africa, and several years as a roving foreign correspondent. She has covered a dozen wars and several revolutions. She most recently covered US foreign policy for The Washington Post.

The American Academy of Diplomacy selected Wright as the journalist of the year for her “distinguished reporting and analysis of international affairs” in 2004, the same year she won the National Press Club award for diplomatic reporting. In 2003, Wright was awarded the UN Correspondents Association Gold Medal for analysis and coverage of international affairs. Among many other awards, she has also received the National Magazine Award for her reportage from Iran in The New Yorker and the Overseas Press Club Award for “best reporting in any medium requiring exceptional courage and initiative” for coverage of African wars. She has also been the recipient of a John D. and Catherine T. MacArthur Foundation grant.

Besides a long career in journalism, Wright has been a fellow at Yale University, Duke University, Stanford University, the Smithsonian’s Woodrow Wilson International Center for Scholars, the Brookings Institution, the Carnegie Endowment for International Peace, the University of California at Santa Barbara, and the University of Southern California. She is currently a fellow at the U.S. Institute of Peace. She has been a television commentator on ABC, NBC, CBS, PBS, CNN and MSNBC programs, including Meet the Press, Face the Nation, This Week, Nightline, Frontline, Charlie Rose, Larry King Live, Washington Week in Review, The Colbert Report, and HBO’s Real Time.

Wright’s most recent book is “Rock the Casbah: Rage and Rebellion across the Islamic World” about the Middle East uprisings and the post-bin Laden world. Her previous book was Dreams and Shadows: The Future of the Middle East, published in 2008, which was featured on the cover of The New York Times Book Review. Among her other books are The Last Great Revolution: Turmoil and Transformation in Iran and Sacred Rage: The Wrath of Militant Islam, one of the first books on Islamic extremism. She is also the co-author of Flashpoints: Promise and Peril in a New World and In the Name of God: The Khomeini Decade. Wright is now based at the Wilson Center while she works on a new book on the future of the Islamic world.