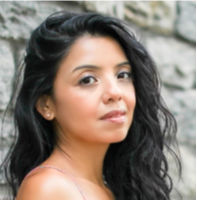 The incredible, true life account of one petite lady who escaped from the World Trade Center and is now called to bring a big message to the world. . .   Michelle Rosado presents passionately on a wide range of topics, including empowerment, overcoming adversity and adapting to change. She has presented to school assemblies, college students, women’s groups, multi-level marketing companies, financial service organizations, and has hosted all-day motivational training seminars. Her story has been featured on NBC Nightly News, MSNBC, FOX, BBC and CNN

Michelle has a message of inspiration and empowerment for your audience, as well as an engaging style that will make your entire organization strive to new heights by helping them to discover their own inner strength both personally and professionally. Internationally recognized as “The Woman of Empowerment“, Michelle has overcome some incredible life obstacles, including surviving a physically and mentally abusive relationship, as well as escaping the World Trade Center just seconds before her offices were destroyed.

With more than 15 years in financial services, and over 20 years of business experience, Michelle Rosado has been influenced by some of the most successful people in business. Her message delivers innovative and unique empowerment strategies to enthusiastic audiences around the country. Industries from self-help, real estate, multi-level marketing, higher education and many more have been moved by Michelle’s powerful message. Michelle knows how to accelerate personal achievement and life fulfillment, and has created a definitive method to help people to reach their goals in record time as she has done.

9/11
Michelle Rosado shares her message of hope and perseverance beyond the unthinkable trauma of her ordeal and escape from the World Trade Center disaster on September 11, 2001. On 9/11/01, Michelle Rosado was on the 95th floor of Tower 2 of the World Trade Center when there was a crashing sound causing the windows in her office to shatter. The decisions she made in the moments following 9/11 changed her life forever.

Michelle is co-author of “Pursuing Your Destiny,” a book based on the true story of her escape from the World Trade Center on September 11, 2001.

Empowerment Strategies
Learn the tools, tips and resources to empower and inspire you organization. Your audience will be inspired and motivated to achieve greater success, by establishing a greater appreciation for life. Michelle will provide the tools necessary to achieve goals, find inner strength and adapt to change. Learn the techniques that allowed her to retire from corporate America by age 30 to become a full-time business owner, and then a professional speaker, author, and mentor. 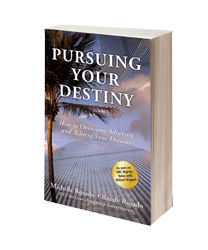 Michelle Cruz-Rosado was born in New York, New York, to Filipino and Honduran immigrant parents, grew up in Queens, New York, and returned to New York City in 2000. Michelle began her financial career early in her life during the “irrational exuberance” on Wall Street in the 90′s and into the 2000′s. Her first article, “Will I Recover” tells of her personal experience as a survivor of the attacks of 9/11/01, was released in October of that same year and became the thought which led to her co-authored book, “Pursuing Your Destiny.”

In 2006, Michelle received a Lifetime of Achievement award from 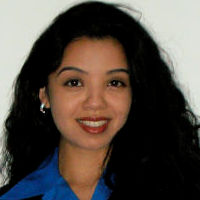 New York’s Madison’s Who’s Who, and is recognized throughout the business world as the “Woman of Empowerment.” Rosado’s remarkable story of survival has been featured on networks such as CNN, NBC Nightly News, FOX and more.

“Pursuing Your Destiny,” is based on the true life story of her escape from the World Trade Center on September 11, 2001. As a successful business owner, professional speaker, and coach, Michelle has inspired people around the world with her message of hope and perseverance. She has received a Lifetime Achievement Award from New York’s Madison’s Who’s Who, and is recognized throughout the business world as the “Woman of Empowerment.”

As a public speaker, Michelle presents passionately on a wide range of topics. She has presented to women’s groups, multi-level marketing companies, juvenile detention facilities, and has hosted all-day motivational training seminars. Her story has been featured on NBC Nightly News, MSNBC and CNN along with a photo of the towers taken by Michelle on September 7, 2001.

The inspirational story of her personal victory, entitled “Will I Recover” was featured in an article on the fifth anniversary of that fateful day. As a follow-up to the recollections of her victory, her second article, “The Recovery” was published in Envision Magazine’s October 2006 edition. The first article was written in the weeks following the tragedy for personal healing purposes, however the popularity and overwhelming feedback from readers worldwide would become the inspiration behind writing “Pursuing Your Destiny.”

Michelle is the co-founder of Rosado Companies, an organization dedicated to providing an array of top-notch services in the areas of technology, finance, and overall personal growth. 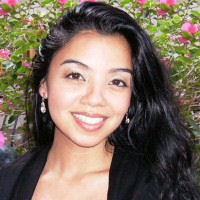