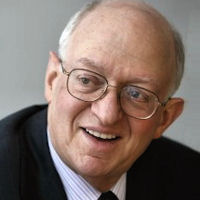 The architect of Ronald Reagan’s economic boom, Martin Feldstein understands the impact and influence of the government’s role in monetary policy – from the inside out. The President Emeritus of the National Bureau of Economic Research, former chairman of the Council of Economic Advisers and advisor to U.S. and international businesses, Feldstein has the experience to help audiences understand what lies in wait for America’s economic future: how the recession, globalization and the latest monetary and fiscal policy will influence the business and investment climate.

Feldstein is supremely positioned to assess the current economy and project the long-term results of policies and world affairs. In a rapidly changing world economy, Feldstein, a distinguished professor of economics at Harvard University, helps minimize the confusion surrounding the larger issues affecting regional and continental economies. As a regular contributor to the Wall Street Journal and author of over 350 economic research articles, Feldstein puts the world’s economic headlines in context for audiences needing accurate and reliable data.

The Root of the Economic Woes and the Need to Address the Fundamental Cause
Savvy economists saw it coming. The bubble in the housing prices, high loan to value ratio for millions of homeowners and the manner in which mortgages were securitized was not a formula for long-term economic success. The result was household wealth degradation and destruction of capital financial institutions that hold mortgages and mortgage-backed securities. While the country hopes that recent financial rescue plans will bring back the confidence needed to revive the financial system, has the root of the problem been addressed and where do we go from here? In this revealing presentation customized for your organization from one of the world’s leading economists, Martin Feldstein, the George F. Baker Professor of Economics at Harvard University, shares:

The Great Tax Debate: Why the Tax Policies of the Next President and Congress are No Party
Since the Sons of Liberty threw casks of tea into the Boston Harbor, taxation has been a hot topic for Americans. President Obama has promised to pursue a very specific approach regarding tax policies based on advice from a litany of renowned experts with substantial economic experience. So, what will the president’s plan mean for you, your organization and the country? Martin Feldstein, who has been called one of the ten best economists in the world and stands as an economic research pioneer. In this compelling presentation, he reviews: 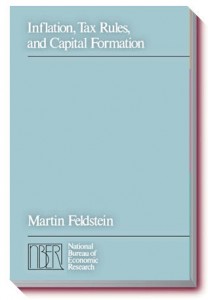 Martin Feldstein is the George F. Baker Professor of Economics at Harvard University and president emeritus of the National Bureau of Economic Research. He served as president and CEO of the NBER from 1977-82 and 1984-2008. He continues as a research associate of the NBER. The NBER is a private, nonprofit research organization that has specialized for more than 80 years in producing nonpartisan studies of the American economy.

Feldstein has received honorary doctorates from several universities and is an honorary fellow of Nuffield College, Oxford. In 1977, he received the John Bates Clark Medal of the American Economic Association, a prize awarded every two years to the economist under the age of 40 who is judged to have made the greatest contribution to economic science. He is the author of more than 300 research articles in economics.

Feldstein has been a director of several public corporations. He is also an economic adviser to several businesses and government organizations in the United States and abroad. He is a regular contributor to The Wall Street Journal and other publications.

Feldstein is a graduate of Harvard College and Oxford University. He was born in New York City in 1939. His wife, Kathleen, is also an economist. The Feldsteins have two married daughters.