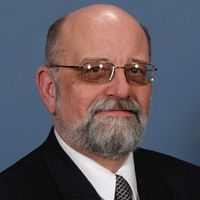 Moors advised leaders at the highest level of six world governments, several US states and Canadian provinces, as well as corporations and international banks in 25 countries. He has served as a consultant to private companies, financial institutions and law firms in 25 countries and has appeared more than 1,400 times as a featured radio-and-television commentator in North America, Europe and Russia, appearing on ABC, BBC, Bloomberg TV, CBS, CNN, NBC, Russian RTV and regularly on Fox Business Network.

A professor in the Graduate Center for Social and Public Policy at Duquesne University, where he also directs the Energy Policy Research Group, Moors has developed international educational programs and he runs training sessions for multiple U.S. government agencies. And until recent revisions in U.S. policy, Dr. Moors was slated to be the deputy director of the Iraq Reconstruction Management Office (IRMO) in Baghdad.

Meeting the Oil Challenge
The price of crude oil reached $147 a barrel in mid-2008 only to collapse to less than $40 before the end of the year. The volatility about to come, however, will be even greater. With crude oil, gasoline, diesel, jet fuel and heating oil exhibiting unparalleled instability, availability and pricing of oil products have become major national concerns. The effects extend well beyond the pump. Economic prospects, employment, national security and the American way of life are at stake. In a highly engaging presentation, recognized international oil authority Dr. Moors answers the following questions:

The Future of Natural Gas
Recent breakthroughs in the development of new natural gas sources, combined with rising concerns about the environment and energy security, have significantly changed the energy outlook. Both in North America and abroad, prospects are rising for a new “gas age,” one in which the U.S. may be self-sufficient for a least a century. Drawing upon his extensive experience and major briefings presented worldwide, Dr. Moors provides both general and specialist audiences with the latest developments, prospects, and concerns. Among the major issues addressed are:

Protecting Integrity: Avoiding Risk in the Global Marketplace
Developing and implementing an integrated plan to combat global market risk is an essential component of any organizational plan, especially during the current unstable market. Yet, less than 20 percent of corporations or public sector entities have any risk-management approach to protect reputation. Without a plan, organizational identity is in jeopardy and that could prove fatal. As executive managing partner of Risk Management Associates International, Dr. Moors has pioneered innovative and interactive strategies to manage reputational risk. In his presentations, workshops and seminars for corporate and government leaders worldwide, he shares the following: 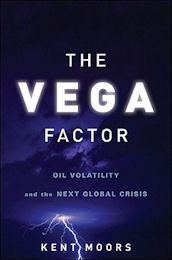 Kent Moors is Professor in the Department of Political Science and the Graduate Center for Social and Public Policy at Duquesne University, where he also directs the Energy Policy Research Group.

An internationally recognized expert in oil and gas policy/finance and risk assessment, Dr. Moors is also president of ASIDA, Inc, an international oil and gas consulting firm, and executive managing partner of Risk Management Associates, International, LLP, a global management advisory and training service. He is the editor of The Oil and Energy Investor, a three-time a week advisory, the monthly Energy Advantage, and the investment alert service The Energy Inner Circle, frequent contributor to Money Morning and contributing editor to the two leading post-Soviet oil and gas publications – Thomson Reuters’ Russian Petroleum Investor and Caspian Investor. Dr. Moors directs the World Trade Executive Russian/Caspian Special Projects Division – an electronic network of over 800 energy specialists in Russia, Central Asia, Europe and North America designed to provide rapid response advisories on developments in the former USSR – and recently entered into an agreement with DeMatteo Monness to provide specialized advisories to Wall Street analysts, along with investment, hedge fund, capital and asset managers worldwide.

In addition to conventional oil and gas, he has advised shale gas, coal bed methane, tight gas, shale oil and oil sands projects in the Marcellus, Barnett, Haynesville, Woodford, Fayetteville, Powder River, Piceance and Monterey basins in the U.S., the Athabasca, Alberta Bakken, Horn River and Montney basins in Canada, and unconventional gas projects in Poland, Germany and Morocco. His clients have included six of the world’s top ten oil companies as well as leading oil and natural gas producers throughout Russia, the Caspian Basin, the Persian Gulf, North Africa, Europe, as well as North and South America.

A prolific writer and lecturer, his over 750 professional/market publications and over 250 private/public sector presentations and workshops have appeared in 44 countries. His new book The Vega Factor: Oil Volatility and the Next Global Crisis, takes an in-depth look at the reasons why oil prices will never again be reflected by fundamentals of supply and demand. Instead, it will be controlled by traders and the widening disparity between the price of “wet” barrels and “dry” barrels.

Professor in the Graduate Center for Social and Public Policy at Duquesne University, where he also directs the Energy Policy Research Group, Dr. Moors has developed international educational programs, run training sessions for agencies of the US government, and served as an external implications consultant to ongoing policy areas having high levels of uncertainty. He is particularly known among public and private sector policy makers for providing targeted political, market and risk assessments in crises or rapidly changing environments. Until revisions in US policy, Dr. Moors was slated to be the deputy director of the Iraq Reconstruction Management Office (IRMO) in Baghdad.