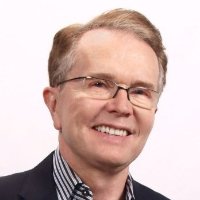 Dr. John Edward Hasse’s books, presentations, and speeches move and inspire leaders, associations, educators, and audiences around the world. As the biographer of Duke Ellington, the creator of Jazz Appreciation Month, the founder of the Smithsonian Jazz Masterworks Orchestra, a Grammy-nominated writer on music, and an accomplished musician himself, John Edward Hasse is a global voice for American jazz music—and a leader himself in the search for creative achievement. Called “Ellington’s best biographer” by The Washington Post, Hasse is a recognized curator and expert on American music, has been interviewed on CNN, PBS, NPR, BBC and is the contributor on American jazz to the Wall Street Journal. As a speaker on leadership, American music, and jazz presentations in 20 countries on six continents, Hasse has also been sent by U.S. State Department to 10 countries to highlight American jazz and culture.

Leadership Lessons From the Jazz Masters
What is leadership? Like love, leadership is very difficult to define. That, however, has not stopped the “experts” from trying to pin it down. In hundreds of books, they have sought secrets of effective leadership in everyone from presidents to holy men, from Machiavelli to monarchs. Where haven’t the experts looked for lessons on leadership? They haven’t looked at the jazz masters. Whether you lead musicians or doctors or marketing reps, being a successful leader is a fluid experience–shaped and influenced by a host of factors. The whole phenomenon of leadership dwells in the rich medium of creativity and innovation, as does jazz. Hasse uses seven points to illustrate:

Listen Closely
When there is no exact “script”—as there is often no score in jazz—you have to listen closely to know: when to modulate to another key, when to change tempo, when to lay back so another player can solo, when to trade phrases, and when to end the piece.

Find Your Own Sound
In today’s competitive environment, how do you, as a leader, pull ahead of the pack? One of the important ways is to differentiate yourself from the competition, to stand out from the undifferentiated grays of the pack and, in living color, show your—or your organization’s—uniqueness.

Take Risks–Improvise
What makes great jazz begins with improvising. For jazz musicians, improvisation is the heart and soul of their art. The great masters of jazz are capable of creating, on the spot, solos of such originality and brilliance that they are talked about and listened to for decades.

Remain Fresh–Innovate
The very art of jazz is about making something old and familiar into something new and fresh. And isn’t that what innovation is? Recombining existing elements into a novel idea, into something original. Like a jazz master, the leader improvises based on years of experience, and recombines aspects of what he or she knows for a new outcome.

JAM!
Jam sessions are the stuff of legend in jazz. They typically take place after-hours, when the musicians play primarily for each other, not the public. Players exchange ideas, hone skills, and test themselves against other talents.

Collaborate Creatively
So far, we’ve looked at leadership primarily as a solo art, by looking at individuals. But a critical aspect of effective leadership involves working collaboratively. Jazz masters know how to do this. They know instinctively that “None of us is as smart as all of us.”

Imagine a World Without Art: Why We Need the Arts More Than Ever
Imagine a world with no art. No movies, no plays, no theater, no poetry, no novels and no music. So difficult is it to imagine a world bereft of art, it’s nearly inconceivable. That’s because the arts give so much meaning to our lives. As clean air and water are to the human body, art is to the human spirit. Art feeds our souls, expresses our creativity, stimulates our imaginations, and inspires us to reach for excellence. In this stimulating presentation, Dr. John Edward Hasse of the Smithsonian Institution lays out an invigorating and compelling case for why, more than ever before, we need the arts in our lives. And, if the arts are vital to the lives of adults, why they are especially critical to teaching our children. Dr. Hasse offers an emotionally engaging, wonderfully dynamic presentation that includes:

Imagine a World without Art: Why We Need the Arts More than Ever is a program your audience will savor and long remember.

God Bless America: American Songs of Patriotism
Music commands a unique ability to stir our deepest emotions, to comfort us in times of grief, to express our deeply-held values, and to bind us together in shared experiences. American songs of patriotism poignantly express our indomitable national spirit. Our patriotic songs suffuse us with love of country, with the pride of a nation, with reverent gratitude, and with hope. Take a fascinating and moving tour of America’s best, most celebrated patriotic music with Dr. John Edward Hasse, Curator of American Music at the Smithsonian’s National Museum of American History (home of one of America’s greatest symbols, the world-famous Star-Spangled Banner flag).

You’ll hear definitive recordings of such all-American pieces as “The Star-Spangled Banner,” “America,” “America the Beautiful,” “The Battle Hymn of the Republic,” John Philip Sousa’s “The Stars and Stripes Forever,” Woody Guthrie’s “This Land Is Your Land,” and Lee Greenwood’s “God Bless the U.S.A.” Accompanied by colorful slide images, Hasse present the stories behind these beloved–and newly meaningful–songs. You’ll find out, for example, which anthem was originally a drinking song. Which song initially created a scandal because it was considered unpatriotic. Which of these songs was written in direct opposition, in fact as an antidote, to another. The hour crescendos with Irving Berlin’s “God Bless, America,” to which everyone is invited to sing along. Your audience will leave American Songs of Patriotism with a heightened appreciation of the power of song in expressing what is beautiful and great about the United States of America. In this time of national crisis, you can experience the strength of song to unite us as a people and remind us what is good and glorious about our country.

American Songs of Wartime
Nothing tests a nation like war does. The most dramatic times for America–and some of the most emotional–have been times of war. To express these deep-seated emotions, Americans have created a colorful and moving body of songs. For in wartime, Americans sing songs of sorrow. Sing songs of spirit. Sing songs of sweet talk. Sing songs of soul. Sing songs for solidarity. Sing songs of strength. In this presentation, Dr. John Edward Hasse, Curator of American Music at the Smithsonian’s National Museum of American History, takes you on a fascinating and moving tour of America’s most compelling wartime songs, from the Revolutionary War (“Yankee Doodle”) to Desert Storm (Lee Greenwood’s “God Bless the U.S.A.”). In between, you’ll hear songs of:

Hasse provides informed and incisive commentary on each song and illustrates these stirring recordings with colorful slide images. You’ll be educated. You’ll be entertained. And you’ll be moved by American Songs of Wartime.