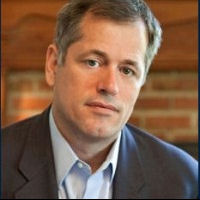 Four women in John W. Anderson’s life were diagnosed with breast cancer – his wife, his mother, his sister, and his mom’s best friend. John realized that the experiences he had and the strategies that he developed as a caregiver, which he writes about in his account Stand by Her: A Breast Cancer Guide for Men (selected by The Wall Street Journal as one of the best health books of 2009), would be beneficial to all caregivers facing any life-threatening disease with their loved ones, as well as the medical community treating those patients.

And so John, award-winning writer and director, is now sharing his knowledge and expertise with a wide range of audiences, from corporate wellness-program participants, medical associations, hospital staffs, patient advocacy groups, and insurance, pharmaceutical, medical supply and biotech companies. Based on his own traumatic but enlightening experiences, Anderson is currently working with surgeons, oncologists, radiologists and plastic surgeons to create an enhanced caregiver training model for those that have loved ones with breast cancer.

John Anderson is a compelling advocate for caregivers everywhere; his personal and emotional journey is one that resonates with all audiences interested in improving health care while lowering costs as well as the millions of people around the globe who have taken on the role of caregiver. Anderson has appeared on a wide variety of national TV and radio programs, including NBC’s Today Show and CNN’s House Call with Sanjay Gupta.

Healthcare Reform Begins at the Doctor’s Office
The Doctor/Patient/Caregiver Evolution of Medical Care
The greatest hot button issue, other than the economy, is healthcare. Cynics, especially those in the media, think there is no answer in sight. John Anderson disagrees. That’s because he’s busy working with a team of doctors to solve the healthcare problem right in the doctor’s examination room. The answer lies with a newcomer to the doctor/patient relationship—the caregiver—to create an evolutionary change in medicine John refers to as the doctor/patient/caregiver triangle of care. Millions strong, willing to work for free, 24 hours, 7 days a week, the newly-minted Medical Support Army of Caregivers is being activated one person at a time thanks to one very important thing—doctor’s orders—given directly to the caregiver to act in the best interests of their loved ones, the patient. The American College of Physicians, the leading association for internal medicine doctors, recently issued a position paper that states doctors should work directly with caregivers in treating patients. John, a caregiver for four women in his life who were diagnosed with breast cancer (his wife, mom, mom’s best friend and sister) is up to the challenge as he shares with his audience his exciting personal and emotional journey to change medicine, thanks to a unique partnership with open-minded physicians across the country, and around the world.

Get Well: What To Do When Your Loved One’s Diagnosed with a Life-threatening Disease
Everyone is directly affected as a caregiver when a loved one who has been diagnosed with a disease. Everyone. Take breast cancer, and men, as just one small example. One in eight women will be diagnosed with breast cancer in their lifetimes. Given that every man has a mom, over 50% of all men get married at least once, and another 50% or so have either a daughter or sister, that means nearly 25% of ALL men will have a mom, wife, sister, or daughter diagnosed in their lifetime. One in four. And that’s just counting the men in a breast cancer patient’s life—not her mom, sisters, or daughters. How many more caregivers, then, are out there today with loved ones diagnosed with other cancers, heart disease, respiratory illnesses, kidney disease, diabetes, HIV/AIDS, etc? Millions. John Anderson, in his speech, serves as an invaluable guide for all those caregivers out there on how best to help their loved ones through their own personal journeys. John knows, first-hand, what to do, having been a caregiver to four women in his life who went through breast cancer and shares his personal and emotional experiences. John will take his audience through every step of the medical process—diagnosis, surgery, recovery, prescriptions, insurance, and beyond—along with all of the difficult emotional and psychological landmines to overcome as well. 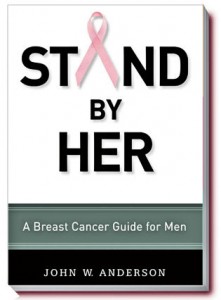 Every three minutes in the United States, a woman is told she has breast cancer. That translates into one in every eight American women—or over 184,000 women in 2008. There are thousands of books, Web sites, and support groups available to help women deal with every aspect of this devastating disease. But for men, there was really nothing at all for them to turn to, left to figure out how to help their loved ones – wife, mom, daughter, sister, friend or coworker—and how to deal with their own fears and frustrations—on their own.

John is the author of STAND BY HER: A BREAST CANCER GUIDE FOR MEN, selected by The Wall Street Journal as one of the best health books of 2009. John has been a caregiver for four women in his life who were diagnosed with breast cancer – his wife, mom, sister, and his mom’s best friend. John is currently developing a pilot program with doctors in Virginia establishing a doctor/patient/caregiver triangle of medical care.

John is also president and founder of The Farm, an advertising and production company with offices in New York and Virginia. He is an Emmy-nominated director of television commercials, including Lifetime Television’s ‘‘Stop Breast Cancer for Life’’ campaign, and a writer, producer, and director of television shows. He wrote a script about his experiences as a breast cancer caregiver, which became a movie entitled “Four Extraordinary Women,” starring Lindsay Wagner who played his Mom.

He is an attorney licensed to practice in New York and Virginia, specializing in entertainment and business law. He is also a writer for newspapers and magazines whose work has appeared in The New York Times, Rolling Stone, Huffington Post, The Nation, and many other publications. John has appeared on a number of national television and radio programs, including the “Today” show, CNN’s “House Call with Sanjay Gupta” and ESPN radio.