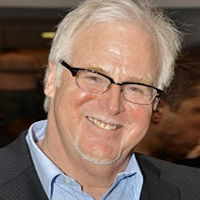 Maybe you’ve seen him on CNN, NBC, ABC, Fox News, the BBC, or the Food Network. Maybe you read his column discussing people, performance and profitability in Nation’s Restaurant News. Over 450,000 foodservice and retail employees, executives and franchisees worldwide have read his newsletters, books, or columns and seen his DVDs, webcasts, e-learning programs and live seminars. His products and programs have been featured in the Wall Street Journal, The New York Times, Newsweek, Fast Company, Inc. and USA Today.

Jim Sullivan, CEO and Founder of Sullivision.com, is a veteran of over 20 years in the hospitality and retail industries. He’s worked for and with companies as distinct as Walt Disney Company, McDonald’s, and American Express. Not a “theorist”, Sullivan is well-known as a brand-builder, motivator, trend-spotter and problem-solver. He has built his reputation designing successful sales, marketing, and customer service programs for the “Top 200” foodservice and retail chains, and over 1,000 independent industry owners and operators. He’s the author of two books that have sold over 400,000 copies worldwide, including the 2010 best-seller MultiUnit Leadership: The 7 Stages of Building High-Performing Partnerships and Teams. His DVDs called Jumpstart! The Art of Effective Pre-Shift Meetings and The Shift: are being used in over 30,000 companies worldwide.

Fundamentals: the 10 Best Practices of High-Performing Operators, Franchisees and GMs
In this workshop your team will learn the best new ways to increase sales, improve service, reduce costs, hire smarter, build stronger teams, improve retention, market without advertising, measurably improve the leadership skills of your managers, and teach and inspire the iPod Generation team member to go from good to great. Full of specific “how-to’s” and examples, not theory.

Multiunit Leadership: The 7 Stages of Building High-Performing Partnerships and Teams
This program is based on the best-selling 2010 book and research from over 3000 Area Managers, multiunit franchisees and Regional Directors. Your audience will learn the 7 stages of leadership development of successful multiunit operators, how to effectively manage multiple priorities, how to conduct high-impact unit visits and evolve from “inspecting units” to building strong teams and future leaders.

Execution: What the Best Teams Do to Get the Job Done Every Shift, Every Day
It is no harder to achieve something great than it is to achieve something good. This presentation examines why some teams outperform others doing the exact same work, and how to transform quarterly goals into daily results. We detail best practices and the roles that Focus, Accountability and Training play in attaining goals and fostering habitually consistent behavior.