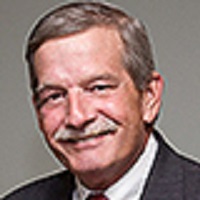 There were more than 11 million victims of ID theft in the U.S. last year. That works out to nearly 5 percent of the population.

Former FBI executive Jim Hight, who logged in more than 30 years in law enforcement, is no stranger to ID theft. Prior to his retirement from the FBI, he supervised many well-known cyber crime investigations and was in charge of intelligence gathering involving terrorism subjects from countries designated as sponsors of terror. Hight provides a high-level view of the current state of identity theft, discussing many basic scams.

As supervisor of one of the FBI’s Joint Terrorism Task Forces he oversaw intelligence- gathering on terrorist threats, hostile intelligence services, and high priority criminal cases. His biggest assignment was in the Oklahoma City Field Office, where he was the case agent for the Oklahoma City bombing through Timothy McVeigh’s trial and conviction. From 2000 until his retirement, Hight was involved in national security and cybercrime cases, overseeing intelligence-gathering on highly classified investigations and becoming an expert on counter-terrorism.

With knowledge and experience as his guide, he is now the head of Hight and Associates, a security, investigative, anti-terrorism, counterintelligence, identity theft, and media relations consulting group. Jim Hight uses his wide range of experience to show audiences the best ways to combat terror and identity theft. A unique voice in the law enforcement community, Hight provides groups around the country with the necessary tools to protect their information, identities, and overall safety.

International Terrorism in the 21st Century
This extremely informative program provides an overview of terrorism in the world today. It includes information on various terrorist groups, their progression, patterns of activity, differences between the Sunni and Shi’a religions and what the ordinary citizen can do to contribute to fighting the global war on terror. It also includes information on the Foreign Intelligence Surveillance Act (FISA).

The Threat of Hostile Intelligence Services to the U.S. Business Community–Here and Abroad
Directed toward both large and small business enterprises with proprietary interests to protect, this program explains the various techniques by which hostile intelligence services attempt to gain information about your business and methods to thwart them. Whether traveling overseas, even to seemingly “friendly” countries, or attending a business conference which includes attendees from foreign countries, business persons must understand that they are TARGETS, and take appropriate steps to protect themselves, their employers and their information.

Communication and Listening–Critical Skills
This fun and informative presentation provides information on how critical communication and listening skills are to the everyday business process and the fatal errors which may be encountered in their absence. The presentation is augmented with demonstrations, simple methods to improve skills, a discussion of “meanings are in people” and humorous videos.

Cyberterrorism: Infrastructure Attacks for Destruction and Disruption in the United States
The combination of cyber and physical attacks as a method of increasing destructive outcomes are becoming of great concern. Cyberterrorism is on the rise as terrorist groups continue their efforts to gain access and knowledge of infrastructure components through the internet and other cyber means. This presentation is designed to alert participants to this increasing threat, provide methods for detecting such attempts and develop safeguards to neutralize them.

Identity Theft and How it Can Screw Up Your Life
Identity theft is explored from basic scams to an in-depth discussion of how to protect yourself. Protection is emphasized as the only preventive method, from safeguarding personal information, checking your credit report and where to get information, to steps victims must take to restore their identities and credit worthiness.

Jack McCall
APPLE – A Tribute To The Beatles