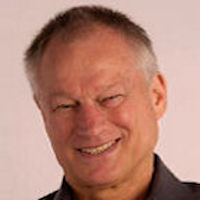 Nobody has more credentials than Jim Bouton. The Yankee 20 game winner, author of Ball Four, TV reporter, actor, inventor, and businessman, is also a major league speaker. His return to baseball in 1978, after an eight year retirement, was an unprecedented comeback.

During that time Bouton developed Big League Chew, the number one selling bubble gum in America. A hard-driving creative businessman, Bouton now has his own product development company. A baseball great, Bouton was featured in The Sports 100 in 1996 as one of the most important people in American sports history. He also is the author of the new bestseller, Ball Four/The Final Pitch. Drawing from his own personal experiences, Bouton’s programs are entertaining and memorable.

Jim Bouton rose from a bench warmer in high school to an all-star pitcher and a World Series winner. His refusal to place limits on himself led to his unprecedented comeback to the majors at the age of 39, after an eight year retirement. Bouton’s approach is refreshing and new. He draws from his own personal experiences to create a memorable program. Hard driving, creative businessmen will recognize a kindred spirit in Jim Bouton.

Ball Four
Given the high school nickname “Warm Up Bouton,” Jim Bouton surprised everyone by becoming a baseball All-Star and people are still having trouble predicting what he might do next. This Yankee 20-game winner, author of Ball Four, TV sportscaster, actor, inventor, and businessman, is also a major league keynote speaker. Bouton’s presentation is a highly entertaining combination of anecdotes, insights, and inspiration, tailored to his audience. Using humor and his own experiences, he discusses everything from excellence, teamwork, change, and pressure.

The Process of Excelling
Sports Speaker Jim Bouton believes in focusing on the process as a way to achieve goals. He encourages his audience to think like athletes, to get into the fun of the enterprise, the challenge of long odds, the satisfaction in details, the thrill of extraordinary effort, and the joy of work. It was his love of a challenge that led to his unprecedented comeback to the major leagues at the age of 39, after an eight-year retirement. 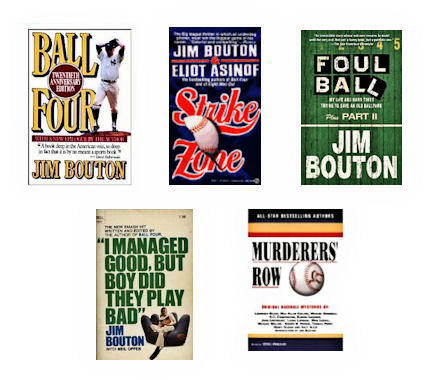 On his high school junior varsity baseball team his nickname was “Warm Up Bouton” because all he ever did was warm up, he never got into the games. The goal of becoming a major league pitcher was “unrealistic” so he did his Career Week essay on becoming a forest ranger. People are still having trouble predicting what Jim Bouton might do next.

In 1963 he won 21 games for the New York Yankees and made the all-star team. In 1964 he won 18 games and beat the Cardinals twice in the World Series.

In 1969 he wrote Ball Four, the funny, controversial, all-time bestseller that revealed baseball players as human beings. Ball Four was recently selected by the New York Public Library as one of the “Books of the Century.” The latest update, titled Ball Four: The Final Pitch, is now entertaining a new generation.

In 1970 Bouton retired from baseball and became a television sportscaster in New York where he helped WABC-TV and then WCBS-TV climb to 1st place in the ratings. During the 70’s he wrote a sequel to Ball Four entitled I’m Glad You Didn’t Take It Personally, earned good reviews in a Robert Altman movie, The Long Goodbye, and created, wrote and acted in a CBS network TV sitcom based on his book.

In 1978 Bouton made a comeback to baseball with the Atlanta Braves. Gambling his television career for a dream, Bouton rode hot buses and ate cold hamburgers for two years in the minor leagues before he was called up by the Atlanta Braves. When the 39 year old knuckleballer beat the San Francisco Giants 4-1, it was his first major league win in eight years.

During his comeback Bouton helped create Big League Chew, shredded bubble gum in a pouch, so ballplayers could look right without getting sick. Big League Chew, introduced in 1980, has replaced chewing tobacco at many high schools and colleges.

In 1996 Bouton received the highest honor of his career when he was featured in The Sports 100, “The One Hundred Most Important People in American Sports History,” published by Macmillan. This book, which covers 150 years, contains only 21 people from the world of baseball. In 1997

Bouton wrote his first novel, Strike Zone, which is now in paperback. In 1998, after 28 years, Bouton was finally invited to Old Timers’ Day at Yankee Stadium when his son Michael wrote a letter to The New York Times saying the Yankees should forgive his dad for having written Ball Four.

In 2003 Bouton self-published Foul Ball: My Life and Hard Times Trying to Save an Old Ballpark— his first diary since Ball Four. , Bouton published the book himself rather than remove certain passages ordered by his first publisher.

Bouton, who lives in Massachusetts with his wife Paula Kurman, is a frequent guest on radio and television. His hobbies are building stone walls and ballroom dancing.