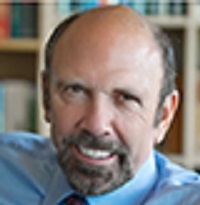 Pulitzer Prize-winning photographer Jerry Gay has spent a lifetime capturing the nature of man throughout the United States. Over the past 4 decades he has driven 500,000 miles of America’s back roads and highways to pursue his ongoing research of everyday life. With humor and acute philosophical perception, Gay’s highly animated motivational presentations bring his visual insights to every audience he touches. His pictures and philosophy convey a positive and persuasive analysis to help others find hope and see solutions to the unique challenges they face.

Gay’s wisdom and reverence for the earth, common people and the sacredness of all life is revealed in his presentations. His images reflect humor, inspiration, patriotism, and childlike wonder. As part of his quest, he has created books highlighting his work and continues to teach and speak to groups about our community connections, hopes, and aspirations.

Jerry Gay’s newest masterpiece, Seeing Reality: Humanity, Humility and Humor, demonstrates how he visualizes reality and encourages each of us to see solutions for challenges we now face in our ambiguous universe.

How To Love America … Seeing is Believing
Each of us living in America has potentials to achieve almost any perspective or goal we can imagine. Our country is now in a process of reaffirming values and ethics both nationally and globally. These procedures involve each citizen being respectful and recognizing the importance of their community involvement. Now seeing and believing this positive reality in ourselves and all those we communicate with, we bring decisive changes into focus. We now see how to love America.

The Art of Seeing Reality
With humor and acute philosophical perceptions, this highly animated motivational speaker brings his visual insights to every audience he touches. Gay’s pictures and philosophy convey a positive and persuasive analysis to help us find hope and see solutions to the unique challenges we face in this ambiguous universe. His wisdom, his reverence for the earth, common people and the sacredness of all life is revealed in his presentations.

Seeing the Second Coming
Our everyday reality is created by our vision of ourselves and others, our own past choices, current situations and future opportunities. The undeniable power of The Second Coming intuitively unlocks frozen images and replaces lost scenes in the repetitive daily movies in our mind. When we observe our daily life with sacred purpose The Second Coming begins for us and we achieve profound personal peace and professional excellence. 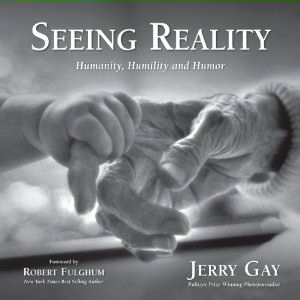 At age twelve, Jerry Gay had already decided that he wanted to be either a minister, a photographer or maybe a fireman and maybe even a football star. Today, many years later, primarily as a lifelong photojournalist, he found that he was best able to recognize and capture on film the truly heroic saints among those who appeared to live ordinary lives in ordinary places.

In 1975, at the age of age 28, while a staff photographer for the Seattle Times, Gay was awarded the Pulitzer Prize for news photography. His prize winning photograph entitled, “Lull in the Battle”, powerfully depicts firemen in a moment of deep reflection after fighting a house fire. The photograph speaks of courage, dedication and humanity during the troubled times of the Vietnam War, when many thought the United States was other than courageous, dedicated or humanitarian. Like all of his photographs, this photograph captured the essence of the individual as well as the collective emotion.

Numerous times during this multi-media career Gay’s peers have acknowledged his photographic eye. In addition, to the Pulitzer Prize, he also received the first Edward Steichen Award for news photography and was named regional Photographer of the Year in 1974, 1975, 1976 and 1977 by the National Press Photographers Association, an organization for which he has served as President. Gay also served on major newspapers across the country including the St. Paul Pioneer Press, the Los Angeles Times and New York Newsday.

To fully explore both human and spiritual life, Gay recently took to the back roads of America. During three consecutive cross-country summer road trips, he logged nearly 50,000 miles in the 48 continental United States, randomly stopping at small towns across the states and documenting the daily lives of citizens whose paths he crossed. These pictures are symbolic of simply this: Each human being as a unique and equal soul, peacefully living out their days on the Earth. It is this distinct humanness that he looks for, not only in his own life but in the lives of his photographic subjects.

Jerry Gay’s pictures simply mirror his own personal philosophy, love of photography, and spiritual reverence for the Earth and the creatures that populate her. His greatest hope, however, is for his photographs to inspire people.