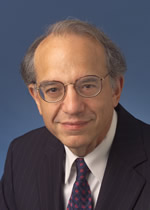 Dr. Jeremy Siegel is the Russell E. Palmer Professor of Finance at the Wharton School of the University of Pennsylvania. He has spoken at professional and investor conferences and seminars arranged by major brokerage firms, mutual funds, and other financial organizations, as well as to hundreds of groups on topics in economics, financial markets, and portfolio planning. Siegel is dedicated to providing research and insight that enables both financial services professionals and investors to understand and profit from future developments in the economy and financial markets. Author of The Future for Investors and Stocks for the Long Run, the legendary Jeremy Siegel offers sage economic advice for today’s economic climate, and his landmark research in long-term stock and bond returns, published in his books, is credited by many as contributing to and expanding the great bull market of the recent past. A regular columnist for Kiplinger’s Personal Finance magazine and Yahoo! Finance and contributor to The Wall Street Journal, Barron’s and The Financial Times, Siegel provides a penetrating look at the forces shaping today’s markets. A frequent guest on CNN, CNBC and NPR, Siegel delivers unique and practical insights to financial experts and novices alike. In a worldwide ranking of business professors, Prof. Siegel recently received BusinessWeek’s highest rating.

What Goes Down Will Come Back Up: What’s Ahead for the Markets Now?
The notion that falling stocks are penance for an economy built on indebtedness is overblown. There is nothing intrinsic in the world economy that has lost its productivity. Prof. Siegel diagnoses the causes of the current crisis and the prospects for recovery. Jeremy Siegel, a renowned professor of finance at the Wharton School and a regular commentator on major network and cable news and regular columnist for major financial publications encourages investors to take heart. Called the “Wizard of Wharton” and one of the world’s keenest financial minds, Siegel has an unshakable belief that brighter days are ahead for Wall Street. He shares his incredible insights on today’s latest financial news and what is ahead for not only Wall Street, but for investors and business.

Investing In A Global Marketplace
As the global marketplace blossoms into a reality, investors need to understand its perils and pitfalls. Is Asia becoming an economic powerhouse, or merely a paper tiger? How do quickly growing countries trap investors into poor returns? Jeremy Siegel gives an overview of what lies ahead for international investors as the borderless economy begins to emerge.

Are Stocks Still Right for the Long Run?
Given the current market, doubt in the soundness of the stock market has crept in among investors. Siegel takes a critical look at current and future earnings of the S&P 500 Index and reviews historical returns and what investors should expect from their investments today.

What are Stocks Really Worth?
How should we value stocks in today’s market? What level of PE can current companies justify? Siegel examines warranted price-to-earnings ratios by looking back at the original Nifty-Fifty.

Jeremy Siegel is the Russell E. Palmer Professor of Finance at the Wharton School of the University of Pennsylvania. He graduated from Columbia University in 1967, received his Ph.D. in Economics from the Massachusetts Institute of Technology in

1971 and spent one year as a National Science Foundation Post-Doctoral Fellow at Harvard University. Siegel taught for four years at the Graduate School of Business of the University of Chicago before joining the Wharton faculty in 1976.

Siegel has written and lectured extensively about the economy and financial markets, has appeared frequently on CNN, CNBC, NPR and others networks. He is a regular columnist for Kiplinger’s and Yahoo! Finance and has contributed articles to The Wall Street Journal, Barron’s, The Financial Times and other national and international news media. Siegel served for 15 years as head of economics training at JP Morgan and is currently the academic director of the U.S. Securities Industry Institute.

Siegel is the author of numerous professional articles and three books. His best known, Stocks for the Long Run, which published its third edition in 2002, was named by The Washington Post as one of the ten-best investment books of all time. His current book, The Future for Investors: Why the Tried and the True Triumph over the Bold and New, was published by Crown Business in March 2005 and was named one of the best business books published in 2005 by BusinessWeek, The Financial Times and Barron’s magazine.

Siegel has received many awards and citations for his research and excellence in teaching. In November 2003, he was presented the Distinguished Leadership Award by the Securities Industry Association and in May 2005, he was presented the prestigious Nicholas Molodovsky Award by the Chartered Financial Analysts Institute to “those individuals who have made outstanding contributions of such significance as to change the direction of the profession and to raise it to higher standards of accomplishment.”

In 1994, Siegel received the highest teaching rating in a worldwide ranking of business school professors conducted by Business Week magazine and in 2001, Forbes named JeremySiegel.com as one of the “Best Business School Professor” websites.

Siegel served 15 years as head of economics training at JP Morgan from 1984 through 1998 and is currently the academic director of the U.S. Securities Industry Institute. Siegel currently serves as Senior Investment Strategy Advisor of Wisdom Tree Investments, Inc., consulting the firm on its proprietary stock indexes. He is also a member of the company’s board of directors.