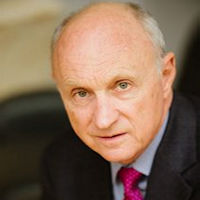 ﻿Looking into the Future: Without Fear or Favor

Like many industries, healthcare is riddled with group think and “trends” that don’t materialize. Billions of dollars and, more important, irreplaceably scarce professional and managerial time and effort are wasted chasing opportunities that are really not opportunities at all. Jeff Goldsmith is a powerful antidote to group think. No-one can predict the future with unerring accuracy. But with more than thirty years of experience spanning all the major sectors of the health field, Jeff can help sort the trivial from the significant, and explain in English where the real opportunities and challenges lie- without fear or favor.

These topics are all evolving at varying paces, as new knowledge and analysis becomes available.  They are modular, and can be mixed and matched to respond to client interests and needs.  No two versions of any one topic are the same.  Clients are also encouraged to frame their own topics and challenge Jeff to address them. 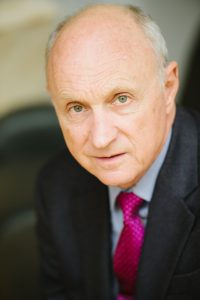 From 1982 to 1994, Jeff Goldsmith served as National Advisor for Healthcare for the firm Ernst and Young, and provided strategy consultation to a wide variety of healthcare systems, health plans, supply and technology firms. Prior to 1982, he was Director of Planning and Government Affairs at the University of Chicago Medical Center and Special Assistant to the Dean of the Pritzker School of Medicine. From 1973 to 1975, Jeff Goldsmith worked in the Office of the Governor, State of Illinois as a fiscal and policy analyst, and Special Assistant to the State Budget Director.

Jeff Goldsmith earned his doctorate in Sociology from the University of Chicago in 1973, studying complex organizations, sociology of the professions, and politics of developing nations. He graduated from Reed College in 1970, majoring in psychology and classics, earning a Woodrow Wilson Fellowship for graduate study in 1971.

Jeff Goldsmith was the recipient of the Corning Award for excellence in health planning from the American Hospital Association’s Society for Healthcare Planning in 1990, and has received the Dean Conley Award for best healthcare article three times (1985, 1990 and 1995) from the American College of Healthcare Executives. He has written six articles for the Harvard Business Review, and has been a source for articles on medical technology and health services for the Wall Street Journal, the New York Times, Business Week, Time and other publications. Jeff Goldsmith is a member of the editorial board of Health Affairs.