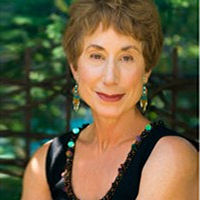 A health expert, Jane Brody tries to be good to her body, to fuel it right and move it regularly, so that it will continue to be good to her, but though she follows a regular regimen, she is no fanatic. Moderation and variety, not deprivation and denial, are her watchwords. To keep her body from “rusting out,” she insists on daily physical activity, alternating between walking, cycling, swimming, ice skating, tennis, hiking, gardening and cross-country skiing. The result is a woman who is more robust, energetic, youthful, and trim in her sixties than she was in her teens.

Brody received her BS degree in biochemistry from the New York State College of Agriculture and Life Sciences at Cornell University and a Masters degree in science writing from the University of Wisconsin School of Journalism. After two years as a general assignment reporter for the Minneapolis Tribune, she joined The New York Times as a full-time specialist in medicine and biology. In 1976 she became The Times’ Personal Health columnist. Her widely read and quoted column appears every Tuesday in The Times’ Science section and in more than 100 other newspapers around the country.

Jane E. Brody is the Personal Health columnist for The New York Times. She joined The Times as a specialist in medicine and biology in 1965 after completing degrees in biochemistry and science writing at The New York State College of Agriculture and Life Sciences  at  Cornell  University  and the University of Wisconsin School of Journalism, respectively, and a two- year stint as a reporter for the Minneapolis Tribune. Her award- winning column is published in The Times’s Science Times section every Tuesday and in many other newspapers around the country.

Ms. Brody is a much-sought-after speaker who lectures frequently to both lay and professional audiences on issues relating to health and wellness, including end-of-life preparation and care. Though no fanatic, when it comes to healthful living, she practices what she preaches, enjoying a diet rich in vegetables, fruits, and whole grains along with fish, lean meats and poultry, and engaging in daily physical activity.

Ms. Brody is the only or principal author of more than a dozen books, including  two  best-sellers,  Jane  Brody’s  Nutrition  Book  and  Jane Brody’s Good Food Book. She has appeared on hundreds of radio and television programs and starred in her own 10-part show on public television, Good Health from Jane Brody’s Kitchen. She has written scores of magazine articles and won many prestigious awards for journalistic excellence.

Ms. Brody is the mother of twin boys and grandmother of four boys, including a set of twins. Brooklyn born and bred, she resides with her husband, Richard, in New York City.