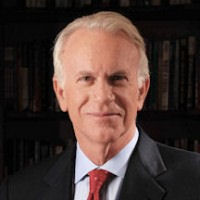 A former CNN talk show moderator, syndicated financial columnist, and State Department official, James K. Glassman has made a career out of taking hard to understand, complex issues and distilling them into plain, clear language. He is widely recognized as an expert on the economy, finance, technology and international affairs, and is the founding executive director of the George W. Bush Institute, an action-oriented think tank that is part of the George W. Bush Presidential Center. He also currently hosts Ideas in Action, a weekly public affairs program broadcast on PBS stations across the country from our nation’s capitol. Glassman wrote the first investing column for Reader’s Digest in the 1970s and went on to write columns for the Washington Post, Kiplinger’s Personal Finance, and Forbes.com. He’s written three books on investing, Dow 36,000, with co-author Kevin Hassett; The Secret Code of the Superior Investor, and most recently, Safety Net: The Strategy for De-Risking Your Investments in a Time of Turbulence. Glassman is a former Senior Fellow for the American Enterprise Institute, where his work focused on economics, business and understanding the intersection between policy, finance and technology. He most recently served as the Under Secretary of State for Public Diplomacy and Public Affairs, where he brought new Internet technology to bear on outreach to foreign republics, and Chairman of the Broadcasting Board of Governors, where he directed all non-military, taxpayer-funded U.S. international broadcasting, including Voice of America, Radio Free Europe, and Alhurra TV.

What’s Ahead for the Economy?
Glassman makes a sober, realistic assessment of the current economic situation, but his outlook is generally upbeat. While his experience in government tells him that governmental intervention has a more limited positive affect than most expect, his faith in American entrepreneurship encourages a belief that a recovery may come sooner than the pundits are predicting. Glassman partakes in an engaging question and answer session and answers your questions on:
– How government action like the stimulus package, tax cuts or increases and measures to shore up financial institutions can help turn the economy around
– What are the best business and investment strategies to weather the storm 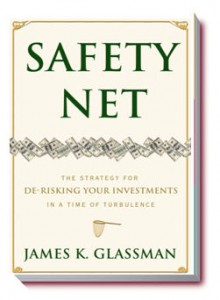 James K. Glassman is the founding executive director of the George W. Bush Institute, dedicated to research and action in four areas: education, global health, human freedom and economic growth. The Institute is part of the George W. Bush Presidential Center, which will also include a library and museum, on the campus of Southern Methodist University in Dallas.

Glassman served from June 2008 to January 2009 as Under Secretary of State for Public Diplomacy and Public Affairs, leading the government-wide international strategic communications effort. Among his accomplishments at the State Department was to bring new Internet

technology to bear on outreach to foreign publics, an approach he christened “Public Diplomacy 2.0.”

Prior to his State Department post, from June 2007 to June 2008, he was chairman of the Broadcasting Board of Governors, which directs all non-military, taxpayer-funded  U.S.   international   broadcasting, including Voice of America, Radio Free Europe and Alhurra TV. He continued

to serve as a governor of the BBG, representing the Secretary of State, from June 2008 to January 2009.

Since February 2010, he has been moderator of Ideas in Action, a weekly series on public policy issues, aired on more than 100 public television stations around the country. He was previously moderator of two weekly TV programs

in the late 1990s: Capital Gang Sunday on CNN and Techno Politics on PBS.

For the 2009-2010 school year, he is Diplomat-in-Residence at the School of International Service at American University in Washington, where he teaches a course on public diplomacy to undergraduates.

Glassman has had a long career as a journalist and publisher. He served as president of the Atlantic Monthly magazine, publisher of The New Republic magazine, executive vice president of U.S. News & World Report and editor and co-owner of Roll Call, the congressional newspaper. Between 1993 and 2004, he was a columnist for The Washington Post and The International Herald Tribune. Shortly after graduating from college, he started Figaro, a weekly newspaper in New Orleans.

He has written two books on investing. His third, Safety Net: The Strategy for De-Risking Your Investments in Turbulent Times, will be published by Crown in February 2011. His articles on finance

, economics and foreign policy have appeared in The New York Times, The Wall Street Journal, Los Angeles Times and many other publications.

Between 1996 and 2008, he was a senior fellow at the American Enterprise Institute in Washington, DC. He was formerly a member of the Policy Advisory Board of Intel Corp. and was a senior advisor to AT&T Corp. and SAP America, Inc.

He is a graduate of Harvard University

, where he was managing editor of the daily newspaper, The Crimson. He is married to Beth Ourisman Glassman and has two children, two stepchildren and three grandchildren. He lives in Bethesda, MD, and Falls Village, CT. 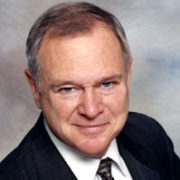