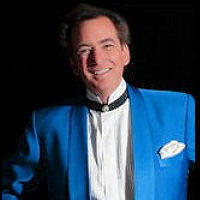 When Harry R. Maurer steps onstage, magic happens — cards appear in a flash of fire, borrowed objects vanish and return — even live animals appear. But more than the “hocus pocus” that you’ve seen magicians perform time and again, Harry uses his engaging personality and a carefully blended combination of magic, comedy and audience participation, interspersed with large illusions, to make his performances intimate, but grand. A unique magician who has the experience and skill to get your group to laugh, wonder and participate, Maurer works closely with your organization’s meeting planner to create a show that will stimulate, energize and entertain your audience in ways they will never forget!

Nominated for a prestigious “Atlantic City Entertainer of the Year Award” Harry’s quick wit and a charming personality is guaranteed to make people laugh while being amazed. Las Vegas Entertainment Today described his “hysterically classy” show best when they said: “His easy manner with the audience combined with a magical skill second to none, is what the audience remembers after the curtain goes down.”

THE PERFECTION OF DECEPTION
Magicians who have affected History!

Join International Magician Harry Maurer who’s unique insights allow him to explore the colorful lives of historic magicians and discuss how they changed the course of history by averting wars, influencing world leaders, aiding the CIA, the US Secret Service and England’s MI-5 and how they even used magical principles to win one of the decisive battles of World War II !!!

Harry Maurer is an international entertainer who has the particularly fun job of entertaining audiences in Las Vegas, Atlantic City and aboard Cruise Ships around the world with his special blend of comedy and magic.

His background as a professional magician gives him a unique insight into magic’s history – a specialized art form filled with colorful characters – some who have added to world history in ways that you would never have expected!

A unique one-hour presentation available as a lecture only or lecture and show package!