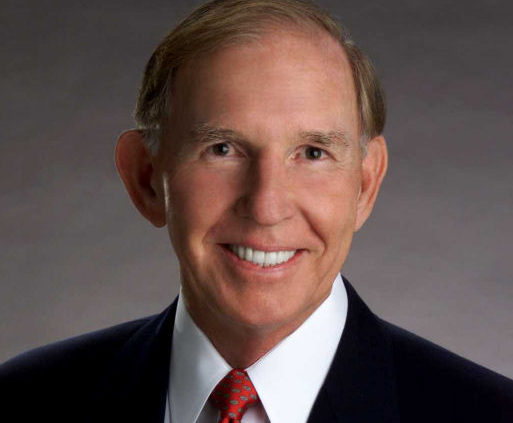 U.S. Navy (retired) Captain Gerald Coffee’s heroic story is legendary. In February of 1966, while flying combat missions over North Vietnam, Gerald Coffee’s RA-5C reconnaissance jet was shot down by enemy fire. He parachuted safely but was captured immediately. He was held int he Communist prisons of North Vietnam as a Prisoner of War for the next seven years. After his repatriation in February, 1973, Jerry returned to operation duties. He retired from active duty in the Navy after 28 years of service.

For two and a half decades, his spellbinding keynote talk has inspired thousands worldwide with a life-changing message of hope, faith, courage and honor. In his message of going Beyond Survival, Jerry draws not only from insights derived from the prison experience, but also from the perspective of his unique experiences since then: earning a masters degree in political science from Cal-Berkeley, studying at the prestigious National Defense University in Washington, D.C., Navy command and staff assignments, and his continuing interaction with hundreds of America’s corporations and associations as a professional speaker.

Beyond Survival
Captain Coffee gives a moving account of his incredible experience from capture to ultimate release. His faith – in himself, others, his country, and his God – was the key to turning an unbelievably difficult, potentially devastating experience into an opportunity for personal growth. Captain Gerald Coffee is an inspiring example of the power of the human spirit to survive and triumph over the most adverse circumstances. His story conveys a positive message that we each have the potential to survive any ordeal, overcome any obstacle, achieve any goal. After hearing him, those in the audience will look at their challenges and adversities in a totally different way.

Captain Coffee uses “tap code” to personalize his message. Prisoners were forbidden to communicate with each other, so they employed the centuries old prisoners’ tap code, based on an alphabet matrix, to tap out covert messages to each other on the walls of their cells. Captain Coffee demonstrates tap code to illustrate the importance of communication, both in prison as well as in corporate and personal lives. Captain Coffee has addressed virtually every kind of audience representing every age group and walk of life. Whether a national or multi-national corporation, a trade or professional association, a government agency or military installation, a local club or student assembly, his message has universal appeal.

HIS MESSAGE FOCUSES ON