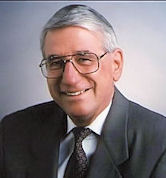 Dr. Gene Stanaland has been called the “Will Rogers of Economics.” He has the uncanny ability to take complex subjects and make them understandable and entertaining. Through his wit and style he makes the “dreary science” exciting, leaving audiences laughing and informed. Possessing a unique ability to analyze current economic conditions and relate their impact on individuals and businesses in an understandable and entertaining way, Stanaland leaves audiences entertained but also educated about the economic realities of the day.

Economics is commonly referred to as “the dismal science,” but in a gifted entertainer like Stanaland’s hands, economics and economic issues become the Undismal science.

Despite what may appear to be an “unserious” attitude about economics, Dr. Stanaland has studied it seriously: he was a member of Auburn University’s economics department for 20 years during which he headed the department for eight. Dr. Stanaland is now president of an economic consulting firm and serves on the board of directors of several institutions. His business involvement is far-reaching; Dr. Stanaland serves on the board of several institutions, including First American Bank, Huntingdon College, Junior Achievement, The Jules Collins Smith Museum of Art and Alabama Shakespeare Festival.

Waking the Economy Up from a Bad Dream
Legendary entertainer Will Rogers’s words are as relevant today as they were in 1920s. As the economy reels from a calamity that was years in the making, America is left wondering, what happened? The reality is that mortgages were doled out like candy by a financial industry with an excessive threshold for risk. The result, says the sought-after economist, Dr. Gene Stanaland, who has been called the “Will Rogers of economics” is an economy that is in a world of hurt. Government actions and industry response has forestalled a recession and created wholesale change in the very financial structure of the nation. In this engaging presentation the esteemed Dr. Stanaland, shares:

The Will Rogers of Economics, that’s what Dr. Gene Stanaland has been called, because he has the ability to make a complex subject, such as economics, understandable and entertaining.

Stanaland is now the president of GSE, Inc., an economics and management consulting firm. For 20 years, he was a member of the economics department of Auburn University in Alabama, and head of the department for the last eight of those years. His business involvement is far-reaching; Stanaland serves on the boards of Huntingdon College, The Jules Collins Smith Museum of Art and The Alabama Shakespeare Festival.

In demand as a public speaker, Stanaland has a list of clients that reads like a Who’s Who in business. Some of his clients include Teledyne, General Electric, Burlington Industries, Georgia Pacific, DuPont, Kraft, Dow Chemical, IBM and World Business Council. His expertise also puts him in demand at such educational institutions as the Foreign Service Institute, the University of Dallas, and Mercer University’s Executives Forum.

He received his BS degree in 1959 in business from Huntingdon College in Montgomery, Alabama, his MBA in 1960 and his Ph.D. in economics in 1972 from the University of Alabama.

Stanaland is married and resides with his wife in Auburn, Alabama.