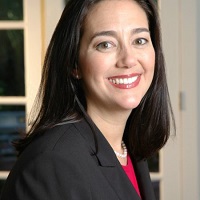 Erin Gruwell is a collaborative writer for the best-selling The Freedom Writers Diary: How a Teacher and 150 Teens Used Writing to Change Themselves and the World Around Them, which became a feature film starring Academy Award winner Hilary Swank. By fostering an educational philosophy that valued and promoted diversity, Gruwell transformed her students’ lives. Her initial commitment to her 150 students, which included working three part-time jobs to fund student activities, ensured they would all graduate high school, most would graduate college and many would complete a post-graduate education. She currently serves as president of the Freedom Writers Foundation, a nonprofit organization founded in 1997 that positively impacts communities by decreasing high school drop out rates through the enhancement of the Freedom Writers Method. Gruwell and her students have appeared on numerous television shows, including Oprah, The Rosie O’Donnell Show, Prime Time Live with Connie Chung, Barbara Walters’ The View, Good Morning America, and CSPAN’s Book TV to discuss their experiences and promote improved educational reform, and been featured on National Public Radio and in national newspapers and People magazine. She is also author of The Freedom Writers Diary Teacher’s Guide, a treatise on innovative teaching techniques; Teach With Your Heart, a memoir and call to arms for educational reform; and Teaching Hope: Stories from the Freedom Writers Teachers (2009). Erin Gruwell has earned an award-winning reputation for her steadfast commitment to the future of education and her ability to relate her experiences to a wide range of audiences has made her a popular speaker. She inspires audiences to achieve a higher purpose in their lives.

Achieving the Impossible: Become a Catalyst for Change
Erin Gruwell found herself the teacher for a troubled group of students who had been dubbed “unteachable.” The tale of how this first-year teacher encouraged these wayward inner city kids to redirect their lives, forego rampant drugs and the violence that pervaded their neighborhoods is the story recounted in the best-selling The Freedom Writers Diary. From the stark reality of one seemingly innocuous event in the classroom, she sparked a chord in the students that led the class to name themselves the “Freedom Writers.” Over the course of a few months, Gruwell empowered the class to re-chart their future and go on to become college students, published writers and citizens for change. In a powerful presentation that leaves audiences cheering, Gruwell parlays her story into ways the audience can improve their performance and productivity by asking “what can I do to make a difference?” Gruwell speaks to the authenticity and stamina needed to fuel change. An emotional connection with your work and life goals is a powerful force that can produce an unstoppable vision against all odds. Gruwell speaks from her heart, customizing every speech to her audience and shares: