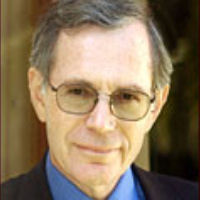 The Origins of Slavery in the New World
Nearly 150 years after its abolition, slavery remains one of the central institutions defining American history and nationality. This e-seminar examines the origins and development of the transatlantic slave trade and the impact of slavery on colonial America during the seventeenth and eighteenth centuries. New World slavery became more oppressive than previous forms, and the underpinnings of the institutionalization of slavery in America included new racist attitudes.

The Struggle for Freedom
In this second e-seminar of his Slavery and Emancipation series, Professor Eric Foner examines slavery and the American Revolution. He examines the dramatic struggle for freedom waged concurrently by American colonists against the British Empire and by blacks against the institution of slavery. While blacks seized the revolutionary rhetoric of liberty and equality to justify their natural right to freedom, the U.S. Constitution protected the institution of slavery.

The Old South
In the third e-seminar in the series Slavery and Emancipation, Professor Eric Foner discusses the expansion of slavery during the first half of the nineteenth century, when it became the most powerful economic institution in the United States. He describes the arguments that proslavery Southerners used to defend their “peculiar institution” and details the system of subordination they created whereby slaves had virtually no legal rights.

Abolitionism and Antislavery
In Abolitionism and Antislavery, the fourth e-seminar of the series Slavery and Emancipation, Eric Foner describes how in the nineteenth century the issue of slavery came to occupy a central place in American political life and a central role in the disruption of the Union. He describes the development of a militant abolitionist movement, the expansion of slavery, secession, and other events that led inexorably to the Civil War.

The Civil War
In The Civil War, the fifth in the series Slavery and Emancipation, Professor Eric Foner explores the combination of factors that propelled the Lincoln administration down the road to emancipation. Foner also describes how the service of black men in the Union forces contributed to the war’s outcome and raised the question of black citizenship 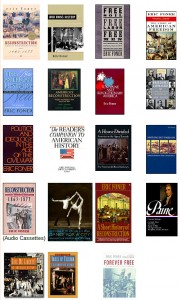 Eric Foner, DeWitt Clinton Professor of History at Columbia University, is one of this country’s most prominent historians. He received his doctoral

Professor Foner’s publications have concentrated on the intersections of intellectual, political and social history, and the history of American race relations. His best-known books are: Free Soil, Free Labor, Free Men: The Ideology of the Republican Party Before the Civil War (1970; reissued with new preface 1995) Tom Paine and Revolutionary

America (1976); Nothing But Freedom: Emancipation and Its Legacy (1983); Reconstruction: America’s Unfinished Revolution, 1863-1877 (1988) (winner, among other awards, of the Bancroft Prize, Parkman Prize, and Los Angeles Times Book Award); The Reader’s Companion to American History (with John A. Garraty, 1991); The Story of American Freedom (1998); and Who Owns History? Rethinking the Past in a Changing World (2002). His survey textbook of American history, Give Me Liberty! An American History and a companion volume of documents, Voices of Freedom, appeared in 2004. His most recent books are Forever Free: The Story of Emancipation and Reconstruction (2005), and Our Lincoln: New Perspectives on Lincoln and His World (2008), an edited collection of original essays . His books have been translated into Chinese, Korean, Italian, Japanese, Portugese, and Spanish. His most recent book, The Fiery Trial: Abraham Lincoln and American Slavery, was published in the fall of 2010.

Eric Foner has also been the co-curator, with Olivia Mahoney, of two prize-winning exhibitions on American history: A House Divided: America in the Age of Lincoln, which opened at the Chicago Historical Society in 1990, and America’s Reconstruction: People and Politics After the Civil War, which opened at the Virginia Historical Society in 1995 and traveled to several other locations. He revised the presentation of American history at the Hall of Presidents at Disney World, and Meet Mr. Lincoln at Disneyland, and has served as consultant to several National Parks Service historical sites and historical museums.

Eric Foner is a winner of the Great Teacher Award from the Society of Columbia Graduates (1991), and the Presidential Award for Outstanding Teaching from Columbia University (2006). He was named Scholar of the Year by the New York Council for the Humanities in 1995. In 2006, he received and the Kidger Award for Excellence in Teaching and Scholarship from the New England History Teachers Association. He is an elected fellow of the American Academy of Arts and Sciences and the British Academy, and holds an honorary doctorate from Iona College. He has taught at Cambridge University as Pitt Professor of American History and Institutions, Oxford University as Harmsworth Professor of American History, Moscow State University as Fulbright Professor, and at Queen Mary, University of London as Leverhulme Visiting Scholar. He serves on the editorial boards of Past and Present and The Nation, and has written for the New York Times, Washington Post, Los Angeles Times, London Review of Books, and many other publications, and has appeared on numerous television and radio shows, including Charlie Rose, Book Notes, The Daily Show with Jon Stewart, The Colbert Report, Bill Moyers Journal, Fresh Air, and All Things Considered, and in historical documentaries on PBS and the History Channel. He was the on- camera historian for “Freedom: A History of Us,” on PBS in 2003. He has lectured extensively to both academic and non-academic audiences.

In 2007, a group of Professor Foner’s former graduate students published Contested Democracy: Freedom, Race, and Power in American History, edited by Manisha Sinha and Penny Von Eschen, a collection of essays, or “festschrift,” in his honor.

In a recent book review, Professor Steven Hahn of the University of Pennsylvania wrote of Eric Foner: “Like his mentor Richard Hofstadter, he has had an enormous influence on how other historians, as well as a good cut of the general reading public, have come to think about American history. This is the result of his voluminous scholarship and of his decades as a teacher. Indeed, when one considers the chronological and topical range of Foner’s many books and essays–not to mention those of his doctoral students–only Hofstadter, C. Vann Woodward, David Brion Davis, and, in an earlier era, Charles Beard (who was also at Columbia) would seem to be his genuine rivals in impact and accomplishment.”