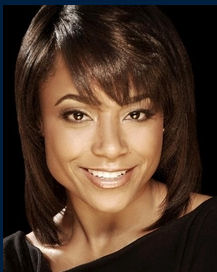 Dominique Dawes is best known for her tremendous success as an Olympic gymnast; she competed in three Olympic Games, won team medals in all three Olympics Games, becoming the only American gymnast to do so, and has a permanent place in the U.S. Olympic Committee Hall of Fame.

Throughout her career, Dawes has won more National Championship medals than any other athlete, male or female, since 1963, as well as numerous World Championship medals. Dawes is much more than an accomplished gymnast, though. After retiring from the sport to which she dedicated 18 years of her life, Dawes has found a new passion empowering others. She is an accomplished motivational speaker, speaking to audiences of hundreds and thousands on topics focusing on passion, leadership, teamwork, health, fitness and wellness.

Dawes’ message empowers vast audiences, from corporate executives to small business owners, women’s organizations to youth service organizations, and high school to college-age students; her passion and energy is captivating and leaves a lasting effect on those she inspires. Since Dawes’ first passion in life was gymnastics, she continues to educate those on the grassroots level. She hosts “FUNdamentals with Dominique Dawes” – one-day gymnastics clinics for competitive-level gymnasts of all ages, with a focus on fundamentals, goal-setting, and mental toughness.

Success is a Journey, NOT a Destination
Dominique Dawes won Olympic gold. But, for her, success is so much more than medals and accolades: it’s something she worked hard to achieve everyday en route to Olympic glory. Her journey in the sport of gymnastics lasted 18 years and in those years she stood strong on numerous podiums. Leaving lasting impressions in the hearts of fans. The podium was the destination, the long term goal, however, it’s the moments in between she calls the “journey” that helped her realize the success that she was always striving for. Overcoming the inevitable obstacles, challenges, and doubts are the moments in the journey that build the champion in Dawes. Surrounding herself with the right team, developing the mindset to persevere and turning negative situations into life lessons is how Dawes realized Success is a Journey, NOT a Destination.

ENVISION: Reaching Your Full Potential
ENVISION is Dawes’ signature message. It is also the title of her motivational line of products. ENVISION is an acronym for the 8 principles that helped Dawes become successful in and out of the athletic arena. She crafts this speech specifically to motivate and empower the audience to envision greatness in their own lives. The core focuses are passion, plan and perseverance.

Building a Strong Foundation for Success
Building a solid foundation was one of the keys to Dawes’ success. Her emphasis on a solid foundation touches on multiples areas: from healthy lifestyle choices to developing positive self-esteem where she addresses issues such as peer pressures, productive attitudes and values. The audience will walk away empowered, motivated, and, more importantly, clear on what it takes to build a strong foundation worthy of your dreams.

Got D-3? Determination, Dedication, Desire
D-3 became Dawes’ personal motto when she was an Olympic athlete in the making. Fatigue, frustration and loss of focus was common is such a perfectionist sport. D-3 kept Dawes focused on what was going to allow her to stay on the path to success. She paints a vivid picture of moments in the gymnastics arena where D-3 inspired her to persevere through setbacks and struggles, sacrifices and insecurities, en route to Olympic Gold. D-3 has become a staple in Dawes’ athletic and professional accomplishments. She inspires audiences to develop their own personal motto that will help define and direct them in life too! 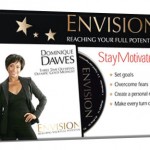 After years of dedication to gymnastics, this graduate of the University of Maryland, retired to focus on her passion to encourage, educate and motivate others with a focus on health and fitness. She is an accomplished motivational speaker, blogger, and TV host, Dominique has served as a co-host for Yahoo! News’ Weekend Edition, Olympic correspondent for FOX Sports and is currently the co-chair of the President’s Council on Fitness, Sports and Nutrition. As part of FOX Sports’ Olympic analyst team during the 2012 London Olympic Games, Dominique recapped daily events and interviewed gymnastics stars, such as Gabby Douglas. As an Olympic reporter in London, Dominique also gave great athlete insight to top national media including USA Today, Piers Morgan and Good Morning America. On home turf, Dominique works closely with the First Lady and President’s Council to help promote the Let’s Move! Initiative, educating children on fitness and nutrition while motivating them to get moving.

Dominique delivers powerful and inspiring messages of leadership, focus, teamwork, and health and wellness. She has the unique ability to empower vast audiences, from corporate executives and small business owners, to women’s groups, universities and youth organizations.