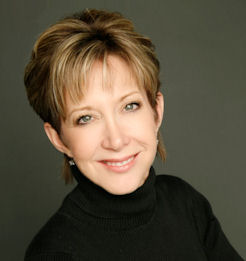 To succeed in today’s increasingly competitive world, you need more than just talent. You need to be better than the rest and take your business to the next level. You need to stand out like a ROCK STAR. A serial entrepreneur, media strategist, nationally recognized rock radio and television personality and author of Rock to the Top: What I learned about Success from the World’s Greatest Rock Stars. Dayna Steele has created thousands of rock stars for her clients using her proven ROCK STAR PRINCIPLES of success.

Dayna will give you what it takes to grow your business and move from backstage to center stage, all highlighted with her experiences, stories and photographs by the world’s top rock stars. Dayna rocks an audience and audience members leave ready to rock their business!
Dayna Steele is the creator of YourDailySuccessTip.com and the author of the 101 Ways to Rock Your World book series. She is a success strategist, serial entrepreneur, and radio Hall of Famer. Dayna is married to former NASA pilot Charles Justiz, has three sons and two rescue dogs in Seabrook, Texas.

PRESENTATIONS
Find Your Inner Rock Star: Build Your Stage for Success
Everything you do everyday is an opportunity for a performance. You can either be the Rock Star at center stage or the roadie backstage. Dayna Steele creates Rock Stars with her proven Rock Star Principles highlighted by her experiences and photographs with the top rock stars in the world – to give you what it takes to succeed.
Rock Star Interview: Dayna and Your Company Representative
(Live on stage interview with the organization’s principles, top employees or best customers)
An Entertaining way to present your message any audience! This is a unique offering from one of the best interviewers in the world. Dayna has interviewed countless rock stars and celebrities, now let her interview your rock stars – your company CEO, President, Founder or maybe even the winning sales team or your top customers – live on stage in front of your audience.

DAYNA IS ALSO AVAILABLE FOR

Dayna works closely with the planner and a company representative prior to this event to script questions to deliver your desired message to shareholders, stakeholders, management, sales team and more. She creates custom success strategies for companies and individuals. A keynote speech or a seasoned corporate emcee, Dayna Steele can entertain, inform, facilitate and even throw in a live on-stage interview with your top leaders, customers or employees. Your participants will be using the Rock Star Principles of Success for their careers and your business long after the event ends. 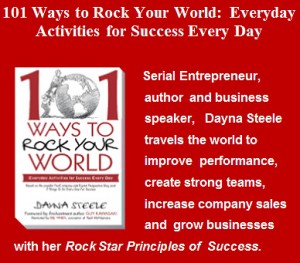 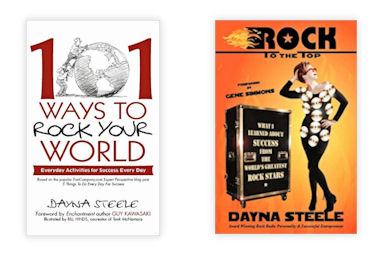 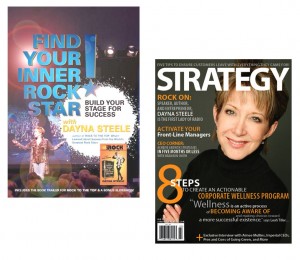 Dayna Steele is a serial entrepreneur, media and marketing strategist, nationally recognized radio and TV personality, FastCompany blogger, the author of the best-selling business book Rock to the Top: What I Learned about Success from the World’s Greatest Rock Stars, and a popular motivational business speaker.

As a top radio personality, Dayna was named one of the ‘100 Most Important Radio Talk Show Hosts’ by Talkers Magazine, nominated as ‘Local Radio Personality of the Year’ by Billboard Magazine and has been inducted into the Texas Radio Hall of Fame.

Dayna created The Space Store, the world’s largest space related e-commerce venture, and founded Smart Girls Rock, a social media network and product line to encourage girls to make “smart the new cool.” Dayna’s other venture is Operation National Anthem, a series of free videos of active U.S. service men and women offered to venues throughout the country to play prior to the singing of the United States national anthem.

Currently traveling the world with her presentation Find Your Inner Rock Star, Dayna shows individuals and companies how to grow their business and be better than the competition using her Rock Star Principles. Clients who have moved from back stage to center stage include Franchise Source Brands International, , State of Iowa, MLT Vacations, NASA, University of Texas, Christus Health, American Marketing Association, Institute of Real Estate Management, Independent Insurance Agents Association and more. She is currently working on her next book, I’m With the Band: Networking Rock star (Network Your Way into Anything, Anywhere, Anytime!)

AOL calls Dayna ‘one of the foremost experts on career networking’ and Reader’s Digest Magazine named Dayna one of the ‘35 People Who Inspire Us.’

Dayna lives in Seabrook, Texas with her husband, author Charles Justiz, and has three sons. She is a member of the National Speakers Association, Screen Actors Guild and American Federation of Television and Radio Artists.