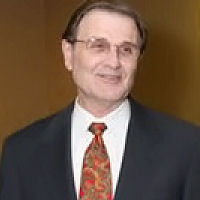 With singular independence of mind and uncanny insight, David L. Smith explains what is going on in the global economy and financial markets—the good, the bad and the ugly – and how investors and businesses can avoid surprises and deploy resources to avoid losses and capture profits in volatile times. If you want “conventional wisdom” try the punditocracy; however if you want to know what is really going on and how to profit from it, listen to David L. Smith. As an independent economist, Smith has been praised for his objective and original insight, free of commercial bias. Rejecting the herd instincts of the conventional wisdom spouters, Smith’s uncanny forecasts and profitable strategies have enabled his audiences to reap handsome rewards and avoid substantial losses.

The Upside of the Downside
In this presentation, Smith discusses current and projected U.S. and global economic conditions; U.S. monetary and fiscal policy; international trade; currencies, energy, financial and investment markets. Learn how to avoid surprises and deploy business and personal resources to avoid losses and capture profits in volatile times. If you want “nothing but blue skies” try a sunshine pundit. However, if you want to know what is really going on and how to profit from it personally and professionally, listen to David L. Smith.

How to Surf the Coming Financial Tsunami
Following the massive devaluations in the wake of the “Asian Flu” in 1997, the economies of Asia have aggressively accumulated vast trade surpluses with the U.S., in particular. Asians have recycled their dollar surpluses back into the U.S. economy, producing bubbles in the U.S. stock and housing markets, which in turn have stimulated U.S. demand for Asian exports. Former Fed Chairman Paul Volker warned that “This seemingly comfortable pattern can’t go on forever,” adding “Altogether the circumstances seem to me as dangerous and intractable as any I can remember.”

The answers might just be the most valuable information you can use, and the most expensive advice to ignore.

Avoiding Loss and Capturing Gains from the Developing Oil Crisis
The economic outcome for the foreseeable future will be largely determined by the contest between the interests of industrial capital and petroleum over the price and availability of oil. As a raw material, lubricant and primary source of energy, oil is the global economy’s most critical commodity. Consequently, an understanding of current and projected oil prices, availability, sources and uses over the next decade is essential for decision-makers in both the private and public sectors. In his ground-breaking presentation, Houston-based economist and oil-market commentator David L. Smith assesses global oil supply and demand conditions, citing respected authorities in the field, enabling his audiences to anticipate how the price and availability of oil will affect their business and personal lives. Oil prices have quintupled in the past five years, fulfilling Smith’s longstanding predictions of a “Third Oil Shock.” What’s ahead for global oil markets? By revealing the dynamics of the international oil market on the world economy, Smith shows how to position resources to avoid losses and capture gains in a world dominated by volatile oil prices.