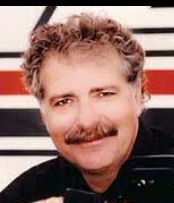 Clyde Fessler, an expert in branding and product positioning, breathed new life into Harley-Davidson, making the once-maligned motorcyle company a household name. In his position as vice president of business development for Harley-Davidson Motor Company, Fessler spent over 20 years building one of the most famous brands in the world. He played an integral role in the company’s dramatic turnaround, providing creative strategies, clever positioning and hard work. Fessler shares his strategies for changing consumer minds and motivates audiences to a renewed level of achievement.

Drawing on his success in addressing Harley’s management, manufacturing and marketing challenges, Fessler shows how to create a vision and a mission, build a brand, define goals and strategies, create customer loyalty by exceeding expectations and most importantly how to stay on track. Fessler joined Harley-Davidson in 1977 as the advertising and promotions manager and soon was promoted to director of marketing services. In that position he led the establishment of the Harley Owners Group, which now has over 500,000 members and is the largest enthusiast club in the world.

Fessler’s presentation captures the Harley-Davidson turnaround story and adds mystique: the ability of the brand to bring together, in unique and surprising ways, seemingly disparate combinations of products, people, processes, and experiences.

Strategic Marketing in Anxious Times
The Harley-Davidson marketing story explains the strategy that took a company on the verge of bankruptcy, to one of the top performing corporations on the New York Stock Exchange, and one of the most respected brands in the world. Clyde Fessler, the man behind the strategy, spent twenty-five years creating and leading the plan. He talks to audiences about how he created a strategy that has endured for over 20 years and enabled Harley-Davidson to be inducted into the Marketing Hall of Fame, and motivates organizations with his remarkable turnaround success.

Clyde Fessler, retired Vice President of Business Development for Harley-Davidson Motor Company, was with the company for 24 years, and has played an integral part in their dramatic turnaround.

Fessler joined Harley-Davidson in 1977 as the Advertising and Promotions Manager, and soon was promoted to Director of Marketing Services. In that position he led the establishment of Harley Owners Group, which now has over 500,000 members and is the largest enthusiast club in the world.

As General Sales Manager in the early 1980s, he established new policies and programs, many of which are still in effect today.

As Director of Licensing, Clyde created a new business that has received national recognition enhancing the brand to the general public as well as adding substantial financial value toHarley-Davidson.

As Vice President of General Merchandise, he repositioned the rider accessory department and led the MotorClothes team from $20 million in annual sales to over $100 million in a period of five years.

In the role as Vice President of Business Development, Clyde played a key role in developing strategic direction for the company.

Clyde is a graduate of the University of Notre Dame. He served on the Board of Trustees for the American Motorcycle Association and the Motorcycle Safety Foundation. He also served as an active liaison between the Muscular Dystrophy Association and Harley- Davidson… a relationship that has generated over $60 million in donations since 1981.

Clyde retired from Harley-Davidson in early 2002 and is now active as a consultant and motivational speaker. He enjoys fulfilling his dreams by exploring the world on one of his six Harley-Davidson motorcycles, with his wife, Joan.

Clyde Fessler is a dynamic motivational speaker with a powerful presentation, demonstrating genuine passion centered on a much admired brand and the experiences of motorcycling; its attributes of freedom, adventure and individuality appeal to people across a wide variety of demographic segments.