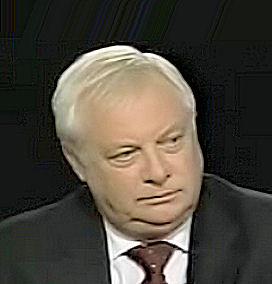 As a man whose expertise straddles the globe, Christopher Patten, Lord Patten of Barnes, understands the economic and geopolitical world of tomorrow: the future of Asia and Europe and their markets, as well as globalization and its discontents. As the last British governor of Hong Kong, Chris Patten negotiated the handover of the colony to China in 1997, but it didn’t stop him from working tirelessly to strengthen Hong Kong’s institutions and infrastructure, believing that “the values Hong Kong represented were the values of the future in Asia as everywhere else.” Lord Patten is skeptical, however, of the notion that Asian values in general somehow translate into economic success – that distinctly Asian values can explain the success of Asia’s economic “tigers.” Lord Patten understands the reality behind the myth of Asian “success,” showing audiences what the East does wrong – as well as what it does right – and demonstrating clearly how both East and West have common interests that should be reached together. Lord Patten has strong views on the future of Asia, particularly how the West should deal with China as an economic player. Equally of interest to him is the future of the West; just how strong and influential is Europe’s Economic Union? Can the separate countries come together to achieve their goal of borderless commerce and trade as one with the rest of the world? Or will internal pressures within countries threaten this union? Lord Patten, who served as a commissioner with Europe’s European Union, shows audiences what lies ahead for the E.U. and how it influences the global economic future. Patten is the author of The Tory Case, East and West and Cousins and Strangers (British title, Not Quite the Diplomat). His latest book is How the World Works (Fall 2008).

Asia’s Economic Future
There’s no doubt that the biggest economic player in the coming years will be China. China’s emergence as an economic powerhouse prompts many questions. How will competition with China affect Japanese markets and those of other Asian countries? And how does the global economy and outsourcing influence economies in the Pacific rim? And what does all this mean for the West? Lord Patten, the last governor of Hong Kong, draws on his unique experience as someone intimately familiar with both Asian culture and economies to show how established and emerging markets in Asia will affect Western economies — as well as how the West can remain competitive.

The European Union: What’s On The Horizon?
The European Union is emerging from its growing pains to find itself a formidable force on the world economic stage. But achieving its goal of completely borderless commerce is still difficult. Will internal pressures and competing goals drive a wedge between its member countries? Or will it find its footing to become the economic powerhouse it has the potential to be? And, if it does, what does that mean for the rest of the world? Former EU Commissioner Lord Patten charts the progress – and the future – of the European Union. 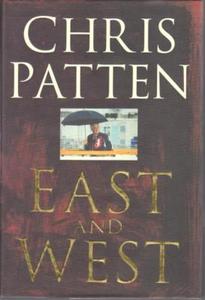 Lord Patten of Barnes is currently co- chair of the International Crisis Group and of the Anglo-Indian Round Table, and is chancellor of the University of Oxford. As a British MP 1979-1992, he served as a Minister in the Northern Ireland Office, Minister for Overseas Development, Secretary of State for the Environment and Chairman of the Conservative Party, being described afterwards as “the best Tory Prime Minister we never had” (Observer).

In 1998-1999, he chaired the Independent Commission for Policing in Northern Ireland, and from 1999-2004 was European Commissioner for External Relations. He is probably best known for being the last governor of Hong Kong 1992-1997, about which he wrote in East and West (1998). Both that and his later book, Not Quite The Diplomat: Home Truths About World Affairs (2005), were No 1 international best- sellers.

In late 2008, he published What Next?: Surviving The Twenty-First Century to worldwide critical acclaim. Chris Patten was made a Companion of Honour in 1998 and a life peer in 2005. Lord Patten is also on the main or advisory board of several companies.”