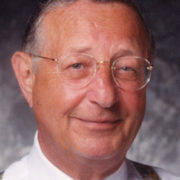 Bob Danzig’s life story took him from a childhood spent in five foster homes to nationwide head of The Hearst Newspaper Group and vice president of The Hearst Corporation. After graduating from high school he took a job as an office boy at his local newspaper, the Albany (N.Y) Times Union; nineteen years later he became publisher of the Times Union, before heading to the helm of The Hearst Newspaper Group. Danzig is currently a member of the teaching faculty at the prestigious New School University and the guiding hand of The Hearst Management Institute. His goal is to be an instrument for renewed affirmation that every single person is worthwhile. As an industry leader, he has served the Newspaper Association of America, Newspaper Advertising Bureau, New Directions for News and the American Press Institute, and has earned industry-wide respect for his innovative marketing leadership. Danzig was also awarded one of 12 professional journalism fellowships at Stanford University, the only business executive ever to be accepted into this program. He now serves on its board. When Bob stepped down as CEO of the Hearst Newspaper Group and accelerated his speaking/author career, the scope of the gifting was expanded to include support for foster care children in college. Significant numbers of those children have benefited from this support. No outside funds are sought or accepted for the charity. It is funded wholly from Bob’s speaking/lecture fees and author royalties—all of which are donated to the charity. He has also been inducted in the the Speakers Hall of Fame for his outstanding contributions to the lecture industry, an honor bestowed on only five speakers each year, by the 4,000-member National Speakers Association.

Discovering the Leader Within You
In this, his most requested talk, Bob identifies inherent leadership powers within each of us. Though we might not be aware of them, these powers are a part of our fundamental makeup. They simply need to be discovered, brought to the surface, nurtured, and buffed to a brilliant shine. Organizations rely on confident leaders to help them achieve their visions and goals. This keynote speech highlights the individual powers within us all, which are waiting to be tapped. The awareness of these powers will help individuals strengthen their leadership abilities, which in turn will help strengthen the organization.

Harvesters of Hope
This keynote speech will inspire your colleagues and praise their devotion to being “seed planters of hope.” Tailored for healthcare and community-service organizations, it identifies, amplifies, and celebrates those common qualities that affirm the noble purpose of such organizations. “Harvesters of Hope” is an oasis for healthcare and community-service professionals. It provides them an intermission from their day-to-day routines, applauds their dedication, and celebrates their commitment to helping others.

Cream of the Crop
Bob is the Dean of the Hearst Corporation Executive Enhancement Programs—The Hearst Management Institute—which embraces 250 businesses. Participants are the senior executives and represent just 2% of the 25,000 Hearst employee/colleagues. They are the future framers, the destiny architects—the cream of the crop. While observing these several hundred individuals, who all have differing professional assignments, Bob noted the traits they share in common. He concluded that these traits are found in all individuals who choose to nurture quality in their lives—who want to be in the cream of the crop, and who remain dedicated to developing themselves and achieving that goal. A respected storyteller, Bob draws from his personal experiences, and the experiences of others to present true examples of how individuals have chosen to be the cream of the crop. These examples make the keynote speech more memorable and heart touching for the audience.

The Spirit-Driven Organization
This keynote speech will enhance the morale and spirit of your organization’s colleagues—and strengthen commitments to your noble purpose. Vested in Bob’s own experience in dramatically changing the destiny of the Hearst Newspaper’s profit performance, professional reputation, and talent retention, this keynote will encourage your colleagues to renew their commitment to sustain the special spirit of your own organization.

The High-Confidence Leader
Confidence is key in every sector of our lives. This keynote speech will provide “the tools” to: hold more successful conversations, reduce shyness, better deal with mistakes, handle risks, tell a story, prepare and give a presentation and/or speech, and to constructively give and take criticism. Each of these areas tends to limit confidence. Awareness of the tools creates a mental lending library to turn to for future enhancements.

Threads of Life
We are each the product of the influence of others. Those unforgettable people that make a difference in our lives are the threads that create our life’s “tapestry.” Bob shares his experiences and explores the benefits of not only having such threads in our own lives, but also the importance of being such a thread in the tapestries of others. The audience members are invited to bask in their own special life threads.

Personal Rarity
Every person matters. Every person in your organization is unique—every person deserves to be acknowledged and celebrated for the gifts he or she brings to your organization. Every person deserves to know that he or she is unique in the universe. Bob describes a journey of appreciation for the potential in everyone. His stories affirm the singular ways in which people have touched his life—and how those threads have improved his personal and professional lives, as well as how the help of those threads have in turn allowed Bob to become a nurturing thread in the tapestries of others.

The Softer Side of Success–One hour workshop
A post-keynote workshop based upon the simple truth that every organization seeks success. In this interactive one-hour workshop session Bob spotlights those characteristics that breed excellence in every organization. Stories surround each major point and make the insights more memorable. Those Softer Values include: Mindset, Motivation, Attitudes, Nurturing, and Self-Esteem.

Now an author and motivational speaker, Bob is also a member of the teaching faculty at the prestigious New School University and the guiding hand of the Hearst Management Institute. His goal is to be an instrument for renewed affirmation that every single person is worthwhile. A civic leader, Bob has served on boards of directors of Albany Medical College, Siena College, Russell Sage College, St. Peter’s Hospital, Sunnyview Hospital, Albany Institute of History and Art, and Caldwell College, and on the executive committee of the Saratoga Performing Arts Center. In addition to graduating magna cum laude from Siena College, he received the college’s Outstanding Alumni Award, as well as an honorary Ph.D. Bob was also recognized as a Knight of Malta.

In April 2011, Bob was selected to receive the first annual “Champion for Children” award by the The Child Welfare League, the nation’s oldest and largest child- focused non profit organization.

As an industry leader, Bob has served the Newspaper Association of America, Newspaper Advertising Bureau, New Directions for News and the American Press Institute, and has earned industry-wide respect for his innovative marketing leadership. Bob was also awarded one of 12 professional journalism fellowships at Stanford University, the only business executive ever to be accepted into this program. He now serves on its board.

Bob is the author of The Leader Within You, Vitamins for the Spirit, Angel Threads, Every Child Deserves a Champion, and There Is Only One You. He is also working toward adapting his adult-focused program, The Confidence Academy, for children. Bob’s net speaking and author fees are donated to foster children.