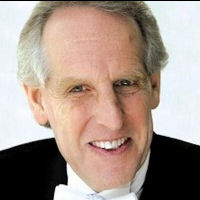 In a symphony, just as in business, one person can’t do it all. Greatness comes only when everyone gives his or her best. As a leader, it’s the conductor’s job to bring out that best in everyone. Benjamin Zander is legendary in the music world for inspiring greatness in his players. He does the same for audiences who hear him speak. He becomes a one-man tour de force as he plays piano and inspires people to engage their passions, to avoid downward-spiral thinking and to focus on possibility. Audiences leave his presentations transformed—thinking about their challenges in a whole new way. Zander’s brilliant Grammy-nominated work has been featured in a full-length documentary for the BBC, as well as on ABC’s Nightline and CBS’ 60 Minutes. Benjamin Zander’s true genius is his ability to elevate the performance of people and organizations beyond what they ever dreamed possible.

Experiencing the Art of Possibility
Benjamin Zander’s presentation takes an audience on a journey that offers a startling new perspective on leadership, using stories, music and concepts to create a radical shift in perception. An orchestra is a group of highly trained individuals poised to coalesce into an effective whole; their passion, creativity and desire to contribute are basic human instincts that need to be released. In his leadership role, the conductor sees his job as awakening possibility in others. World-famous conductor Benjamin Zander uses the metaphor of the orchestra, and his lifetime of experience conducting, coaching and teaching musicians to channel his magic, to overcome barriers to corporate productivity. His presentations produce fundamental changes in organizations. More than a speech, this is an experience

Everyone’s a Leader: Playing with Passion

Benjamin Zander started his early musical training under the guidance of his father, in his native England, with lessons in cello and composition. When he was nine, Benjamin Britten, England’s leading composer, took an interest in his compositions and invited the family to spend three summers in Aldeburgh in Suffolk where he lived. This led to a long association with Britten and lessons in theory and composition from Britten’s close associate Imogen Holst, daughter of Gustav Holst.

He left school when he was fifteen, to study in Florence with the great Spanish cello virtuoso, Gaspar Cassadó, who was his teacher and mentor for the next five years. He completed his cello training at the State Academy in Cologne, travelling extensively with Cassadó and performing recitals and chamber music.

In 1964 Benjamin Zander completed a degree at London University, winning the University College Essay Prize, and a Harkness Commonwealth Fellowship for post- graduate work at Harvard. Boston has been his home ever since.

In 1967 Mr. Zander joined the Faculty of the New England Conservatory, where he teaches the Interpretation Class, conducts the Youth Philharmonic Orchestra and regularly conducts the Conservatory’s orchestras. Twenty-three years ago he became the Artistic Director of the joint program between NEC and Walnut Hill, a boarding school for the Performing Arts. During his thirty-five year tenure as conductor of the New England Conservatory Youth Philharmonic he has taken the orchestra on 13 international tours, made five commercial recordings and several television documentaries for PBS.

In 1979, he became the conductor of the Boston Philharmonic Orchestra. In their twenty-eight seasons together they have performed an extensive repertoire, with an emphasis on late Romantic and early Twentieth Century composers, including a traversal of the complete cycle of symphonies of Gustav Mahler. To celebrate the orchestra’s 25th Anniversary in 2003-2004, the BPO completed an all-Mahler season, including a concert of Mahler’s Second Symphony in Carnegie Hall. The BPO has recorded five extremely succesful CDs, all of which are listed in the Penguin Guide of the Best recordings of the Past 20 years. Their recording of The Rite of Spring was named as one of the ten most important Musical Events of 1992 by the New York Times.

He has a unique relationship with the Philharmonia Orchestra of London with whom he is recording a series of Beethoven and Mahler symphonies for the Telarc label. Beethoven’s Fifth and Seventh symphonies, and Mahler’s symphonies 1, 3, 4, 5, 6, and 9 have been released thus far. The phenomenal success of these discs is in part due to the eloquent and informative discussion discs which accompany each disc. High Fidelity named his recording of Mahler 6th as the best classical recording of 2002. His recording of Mahler’s 9th Symphony was nominated for a Grammy Award.

Benjamin Zander has an extensive speaking career, traveling the world lecturing to organizations on leadership. He has just returned from Davos, Switzerland where he was the final keynote spears at the World Economic Forum, where he has appeared four times as a keynote speaker, where he was presented with the Crystal award for “outstanding contributions in the Arts and international relations”. The best-selling book, The Art of Possibility, co-authored with his partner, leading psychotherapist Rosamund Zander, has been translated into sixteen languages.

Mr. Zander was awarded the 2002 “Caring Citizen of the Humanities” Award by the International Council for Caring Communities at the United Nations.