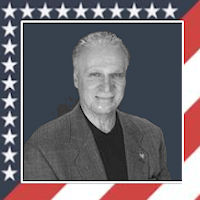 Who is George Burk? In 1998, Captain George Burk’s USAF (Ret.) story of his experience as a plane crash and burn survivor, The Bridge Never Crossed–A Survivor’s Search for Meaning, generated an outburst of praise from everyone who read it. On May 4, 1970, George was the sole survivor of 14 Air Force personnel in a military plane crash. He suffered extensive burns, and multiple internal injuries. George presents many of the lessons and principles of life learned as a survivor and “overcomer.” George Burk is a highly decorated military officer and a nationally recognized motivational speaker, trainer and writer whose mission is to “entertain, inform, inspire and persuade.” As a plane crash and burn survivor, George Burk shares with you his experiences, principles, and values you can use on your journey; they are valid and work because George uses them in his own life.

George Burk knows and understands adversity and obstacles first hand. A non-survivable military plane crash in 1970 left him burned, broken and paralyzed. But George’s positive attitude, courage and humor did not bind him to physical and emotional limitations. His rescue, recovery and journey from burn victim to burn survivor is one of turning the page, never quitting, taking action, making a difference and accepting not what was, but what can be. His life clearly exemplifies his philosophy – “If you expect a difference, make one and if you want a miracle, be one.”

From college athlete to Vietnam veteran and beyond, George entertains, informs, inspires and persuades. Through sharing his own story, he challenges people to open their minds and hearts. The emotions run from laughter to tears to self-introspection – the audience is taken on a journey of self-awareness and to focus on change as an ally, not something to be feared. He shares his journey from drug addiction to sobriety. Reflecting on his crash, burns and injuries, George learned to ask, “What’s the worst thing that can happen here?” His reply is always the same – ‘It’s already happened, there’s no second place.”  With his self-effacing humor, and insight, he opens hearts and encourages people to know they are a product of choices, not circumstances – to learn from their mistakes, 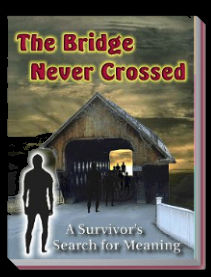 George’s first book “The Bridge Never Crossed – A Survivor’s Search for Meaning” is a compelling story of optimism, perserverance, courage and faith. 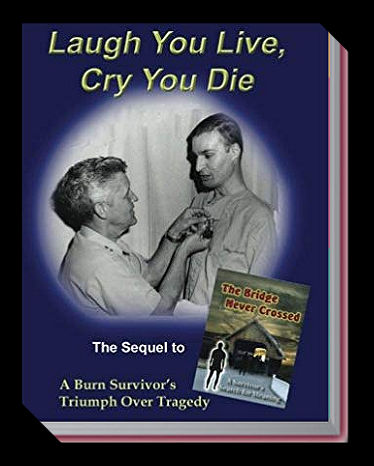