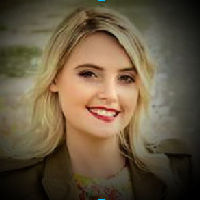 Author, Activist & Force Behind Erin’s Law
As a victim of sexual abuse, Erin travels around the country giving a voice to the voiceless and shares her inspiring story, pushing for Erin’s Law to pass in every state.

Erin helps nonprofits raise funds at events by closing her message on the importance of giving back and how donations help keep the doors of these nonprofits open Which allows survivors get the healing and justice they deserve to move forward with their lives. It has significantly helped centers raise donations.

After suffering years of sexual abuse for six years of her childhood Erin broke her silence when she was 13 at a Children’s Advocacy Center. The place Erin reclaimed her voice and began her journey to healing. Erin has spoken at over 60 CAC’s.

In 2008 she began writing legislators to require personal body safety be taught to kids in school. This decision has brought her on a crusade across America to pass what is known as Erin’s Law. Erin’s Law is the first US child sexual abuse prevention education law requiring children be educated in schools. Erin has been traveling state to state testifying to lawmakers to pass Erin’s law for 7 years. It is currently passed in 31 states as of July 2017. In December 2015 President Obama signed the federal version of Erin’s Law providing federal funding for schools to use. Release of those funds is still pending.

A Voice for the Voiceless
Sexually abused and raped for many years as a child, Erin shares her journey through years of abuse, finding her voice, healing, forgiveness and turning tragedy into triumph. By making the decision to go after giving children the voice she never had as a child, she will share what kept her silent and so many children silent when abused, the warning signs that were missed, how we can protect kids from abuse, and finally, the decision she made to quit her job and go after passing Erin’s Law across America. She travels from one capital to the next testifying to lawmakers on the law that requires personal body safety taught in public schools pre-k through 12th grade. It has now been passed in nearly half the country.

A Resilient Life
Labeled with a learning disability as a high school student, sexually abused and raped as a child and being diagnosed with epilepsy as a young adult, Erin has shown she has bounced back time and again from the obstacles she has faced. She explains how she has not allowed adversity to play a negative role in her life and instead, it has given her the strength to show others no matter what challenges we may face, we can rise above and overcome anything. Audiences walk away inspired and empowered to achieve their goals.

Erin is a woman on a mission . Her view of the world forever changed at the tender age of six, when she went to a sleepover at a best friend’s house. There, she would be sexually abused for the first time. For the next two and a half years, she was abused and raped by an adult neighbor. He told her he would hurt her if she told anyone, so she stayed silent. Her saving grace came when she moved at 8 ½ years old. Little did she know moving was getting her that much closer to the next abuser in her life.

Merryn spent 5 years of her childhood keeping her abuse a secret. After breaking her silence, she went down a destructive path of depression, self-injury, anorexia and a suicide attempt. She was ashamed to talk about what happened to her until she confronted one of her abusers in high school, which lead her on an unstoppable crusade to end the stigma and silence around sexual abuse. She published her childhood diary her senior year of high school to give children the voice she never had.

Merryn knew by the age of 12 she wanted to be a social worker, but struggled throughout elementary and high school to do well. However, she was determined to go to college even when she was tested by a school psychologist and it was determined she had a learning disability. Although teachers and counselors told her she would amount to nothing, one thing they didn’t know about Merryn was she accomplishes what she sets out to do. Not only did she get accepted into college, she graduated with honors and 5 years out of high school, she graduated with her masters in social work.

The obstacles didn’t end there. In January 2008, Merryn suffered a grand mal seizure while driving. Neurologists were stunned when they got her MRI back to discover her left temporal lobe was gone due to a virus she got as a newborn. Even more incredible was the fact that the missing area is where speech, writing and short term memory are developed. This explained why she struggled in school with her short term memory. Doctors were speechless that she is gifted as a speaker and writer, two things that she should have noticeable challenges with.

In 2010, Merryn began a crusade to get Erin’s Law passed across America. This law requires personal body safety taught to children Pre-K to 12th grade through an age appropriate curriculum. Merryn successfully passed it in her state of Illinois in 2013 and has been traveling from one state capital to another testifying to state lawmakers to pass it. To date, it is passed in nearly half the country and pending in many more.

Merryn is author of Stolen Innocence, Living for Today, and An Unimaginable Act, both memoirs. In November 2012, Glamour Magazine named her Woman of the Year and she was honored in Carnegie Hall before 3,000 people. People Magazine named her a HEROES Among Us in April 2013 and one of fifteen women changing the world in their June 2014 issue, alongside Oprah and Hilary Clinton. She has made numerous media appearances, including on Oprah, Katie Couric, CNN, Good Morning America, MSNBC, Fox, Windy City Live, Jane Velez Mitchell, 700 Club, Montel, Al Jazeera and many more. She has appeared in Time Magazine, USA Today, London Times, Huffington Post, Cosmo Girl Magazine, among others.