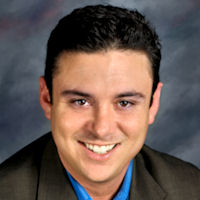 One of today’s most acclaimed social entrepreneurs and innovators, Alexander Blass is a visionary who has improved and inspired countless lives across the globe. He invented and launched person-to-person charitable giving on the Internet, a revolutionary technology adopted in dozens of countries around the world. Blass is most famous for is leaving a high ranking position at a venture capital firm to make a real difference in our world and the lives of other people. After getting tired of seeing countless stories in the news of good people in need, he decided to do something about it.

Blass invented, patented and launched RealityCharity, the world’s first person-to-person giving website and philanthropy community commonly known as the “eBay of Giving.” RealityCharity became an overnight sensation when it appeared around the world in the Associated Press on its launch day and continues to change lives around the globe everyday. It has received over 6 million hits and hosted thousands of fundraisers ranging from wounded veterans, to cancer patients, to disaster victims, supporting fundraisers in 50 countries.

The grand prize winner of the Top Innovator of the Year Award, Alexander is one of the most in-demand and best innovation keynote speakers. He also serves as an invited expert, Master Class presenter, and consultant to various audiences. He has traveled to 50 countries and enjoys inspiring others to succeed by sharing his passion, vision, expertise, and fascinating experiences.

Wharton-educated and an Oxford MBA, he also received the Influential Marylanders Award, recognizing the top 50 people in the State up to the Governor.

Mr. Blass is also the recipient of the Top 40 Under 40 Executives Award as well as the prestigious international WebAward for Outstanding Achievement, and has been honored as Entrepreneur-in-Residence at the renowned Wharton School of business.

PRICELESS STRATEGIES FROM AN INNOVATOR:
HOW TO THRIVE IN CHALLENGING TIMES
In a constantly evolving world and today’s challenging economic climate, leadership through innovation, creativity and change management are no longer optional, but essential. Alexander Blass, grand prize winner of the Daily Record’s Top Innovator of the Year Award, reveals his strategies for success and an actionable blueprint. In this captivating and engaging keynote speech delivered to Fortune 500 and Global 1000 audiences worldwide, learn how you can reinvent yourself and your organization to get on the path to innovation today, think about “what’s next” and challenge the status quo in your industry. Discover essential characteristics and strategies of successful leaders, innovators, and innovative organizations. Grasp some of the challenges you must overcome to foster a thriving culture of innovation. Learn how to generate international buzz and excitement for your innovative endeavors with increasingly limited resources.

HOW TO DOMINATE YOUR MARKET AND BEAT THE COMPETITION
Alexander Blass teaches strategic methods for market domination and how to stay ahead of your competition. International case studies and best practices are studied across multiple industries to uncover what has differentiated the companies that have dominated their markets from those that have become defunct. Learn how to create unparalleled excitement and free publicity and media coverage for your products and service. Craft highly valuable, innovative and sophisticated buzz marketing and viral campaigns for your brand’s endeavors, which harness and grow your community of loyal customers and render your competition obsolete.

SOCIAL MEDIA MARKETING SECRETS AND WEB 2.0:
HARNESS THE POWER OF COMMUNITY
Over 70% of the global Internet population visits social networking or blogging sites. Companies and organizations are rapidly playing “catch up” to adapt to this user-generated, customer-centric wave of social computing by scrambling to adopt both external and internal social media marketing and Web 2.0 strategies. Learn how to harness the power of your customers and community. Develop a game-winning social media marketing strategy. Beat the competition by employing best practices for success. Learn how to foster deeper relationships with your customers, promote your programs, and leverage your exuberant customer base to evangelize your brand and take it global.

FUNDRAISING 2.0: REVEALING AND RAISING THE INVISIBLE MILLIONS
Blass, credited with “revolutionizing charitable giving,” offers an evocative and eye-opening look into human nature, delving into the psychology of giving as well as the power of social networks and grassroots activism. Blass explores how technological innovation is changing the face of philanthropy, and offers thought-provoking strategies for fundraising success.

Wharton and Oxford-educated, Alexander Blass is an internationally acclaimed American innovator and entrepreneur. He has traveled to 50 countries and appeared in hundreds of media outlets, including multiple cover stories. He is the grand prize winner of the Daily Record’s Top Innovator of the Year Award, which credited him with “revolutionizing charitable giving” for inventing person-to-person giving technology on the Internet. He presently serves as President of Alexander Blass International, an executive education and training firm based in Baltimore.

Alexander keynotes some of the world’s most prestigious conferences on innovation/creativity, leadership/change, business development & entrepreneurship. Examples include the Abu Dhabi Innovation Forum in the United Arab Emirates, the World Management Forum, the European Conference on Creativity and Innovation in Portugal, the Stars of Business Awards in Dubai, the Kingdom Entrepreneurship Summit in Saudi Arabia, EPIC in New York, HR SUMMIT in Singapore, and IBM INNOVATE in India to an audience of 2,000 people.

Frequently interviewed by the media, Alexander is a highly sought after and inspirational keynote speaker, Master Class presenter, invited expert and consultant. Through his high energy, dynamic and engaging presentation style, he enjoys sharing his expertise, passion, vision and fascinating experiences with top corporate business audiences at Fortune 500 and Global 1000 organizations, as well as associations, non-profits, and students.

Alexander also received the Baltimore Business Journal’s Top 40 Under 40 Executives Award and the Daily Record’s Influential Marylanders Award. He was honored as Entrepreneur-in-Residence at the Wharton School of Business.

Previously, Alexander was a venture capitalist, strategy consultant, senior government executive, and software developer, beginning his career at KPMG Consulting. During his tenure as a venture capitalist, one of the fund’s portfolio companies went from a $500,000 fund investment to a nearly $500 million all-cash acquisition by a Fortune 50 corporation. He has worked with leading organizations worldwide on opportunities totaling over $1 billion, as well as serving on boards of various for-profit and non-profit organizations in the U.S. and overseas. Alexander has been an invited expert at the National Science Foundation on a dozen occasions, making investment recommendations on over $100 million of emerging technologies for the U.S. government.

Alexander received an MBA from Oxford University in England. He also holds a Master of Science degree in electrical engineering from the University of Pennsylvania, where he concurrently studied at the Wharton School of Business.