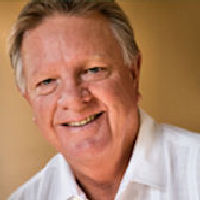 Larry Dierker pitched for the Houston Astros from 1964 to 1976. He made his debut on his eighteenth birthday and in his first inning struck out Willie Mays. In 1969 he became the Astros’ first 20-game winner. He was named to the National League All-Star team in 1969 and 1971. As a pitcher he remains the franchise career leader in innings pitched and complete games, and is second in wins.

Nearly everyone in major-league baseball was surprised when longtime Houston Astros player and then broadcaster Dierker was hired to manage the Astros following the 1996 season without previous managerial experience at any level of the game. In the five years that followed, however, Dierker confounded the experts and led the team to four National League Central division titles and four playoff appearances, and was named the National League Manager of the Year in 1998.

Adroitly handling every sort of distraction and disaster than can befall a team—including suffering a nearly catastrophic seizure during a game—Dierker excelled like no other manager in Astros history, until resigning at the end of the 2001 season.

In 2005 Dierker’s book, This Ain’t Brain Surgery: How to Win the Pennant Without Losing Your Mind was published. In this book he draws on his vast experience of nearly four decades in baseball to reflect on his tenure as Astros manager and explaining that the game isn’t so simple, personalities clash, and that intuition isn’t everything. Woven into the narrative of this book are thoughtful and humorous anecdotes from his playing days. 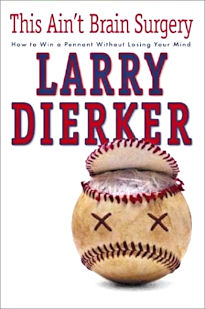 In his first season as skipper of the Houston Astros, Larry Dierker guided his team to an 84-78 record, earning the team its first-ever National League Central division title and its first division title in 11 years. For his managerial efforts, Larry Dierker finished in third place behind San Francisco’s Dusty Baker and Pittsburgh’s Gene Lamont in the 1997 Manager of the Year balloting.

Larry Dierker’s name has been associated with Major League Baseball in Houston almost since the inception of the club. A Los Angeles native who was an All-League baseball and basketball player at Taft (CA) High, he was courted by 17 other big league clubs before signing with the Houston Colt .45s in June of 1964.

He made his major league debut in Colt Stadium on his 18th birthday (September 22, 1964) and struck out Willie Mays and Jim Hart in his first inning.

Larry Dierker’s 14-year pitching career saw him become Houston’s first 20-game winner in 1969, the same year he pitched a club record 20 complete games. Dierker was named to the National League All-Star team for the 1969 game in RFK Stadium in Washington and the 1971 contest at Tiger Stadium in Detroit. He tossed the fifth no-hitter in franchise history on July 9, 1976 in the Astrodome against Montreal.

After completing his career on the field in 1977, Larry Dierker directed the Group and Season Sales Office for the Astros. From 1979 until his appointment as manager, he had been the club’s principal color analyst on radio and television, in addition to making several network television appearances.