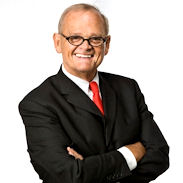 The unsuspecting don’t have a chance when Durwood Fincher, the greatest imposter of our time, baffles the collective mind of the audience with his double-talking genius.

Introduced to your audience as an industry expert, Durwood Fincher begins speaking with enough rhetoric, jargon, buzzwords and hollow platitudes to spin heads. As audience members listen, they slowly begin to realize that he is saying nothing at all, and befuddlement gives way to laughter as they realize that something funny is going on.

Then the fun really begins. Once the audience is in on the joke, Fincher shifts into a spirited, uplifting presentation, one that stresses the importance of maintaining a positive and receptive attitude at your job. Above all, Fincher emphasizes the power of humor in the workplace. Don’t just book a speech─let Fincher also pose as a roving reporter who videotapes interviews with your attendees. Asking meaningless questions, which somehow solicit thoughtful answers, he’ll later incorporate the ill-gotten clips into his customized presentation, which adds to the fun and hilarity.

An Unexpected Turn of Events
Durwood Fincher provides an unexpected, hilarious experience for your audience. Introduced to your audience as Dr. Robert Payne, a bumbling, bureaucratic Washington D.C. stereotype, “Dr. Payne’s” presentation-customized to your industry or organization-is filled with enough bureaucratic rhetoric, jargon, buzzwords and hollow platitudes to spin heads. As the audience listens they slowly begin to realize that he is saying nothing at all and that, in all respects, something funny is going on. Laughter erupts and the fun really begins when they catch on that they’re being put-on and he shifts into a spirited, uplifting presentation stressing the importance of humor and clear communication in the workplace.

A program option: Durwood can pose as a roving reporter and conduct video interviews of attendees at your event. But . . . of course . . . his questions make no sense . . . yet it is truly amazing how many people answer rather than admit they haven’t a clue as to what he’s talking about. He then delivers a hilarious speech that incorporates those video interviews.

The setup: A key feature of Fincher’s show is the element of surprise. He is typically billed as Dr. Robert Payne, a highly credentialed “expert”. Dr. Payne embodies a bumbling bureaucrat, but nobody can be this bad, can they?

The payoff: Pretty soon the cat is out of the bag and Fincher has his audience in stitches with his original and humorous take on corporate communications. For his finale, Fincher always leaves them laughing with his signature video interviews in which his client’s attendees become the stars of their own show (more about video interviews). Fincher personalizes his productions for each client as key personalities and industry foibles become part of his punch lines – to the audience’s roaring delight.

The message: Fincher’s underlying message is the importance of maintaining a positive and receptive attitude, but his show is mainly about good clean humor and entertainment- and providing an unexpected treat for his audience. As Mr. Doubletalk likes to say: “Don’t take it all so seriously. . . it’s just money, and most of it isn’t yours!”

The solution: If your goal is to bring humor and entertainment to your next event, Fincher’s unique talents, timeless program and proven professionalism put him in a league of his own. Mr. Doubletalk is the funniest thing about American business! 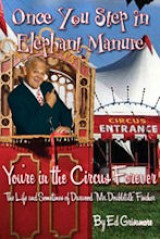 Durwood Fincher, a.k.a. Dr. Robert Payne, is an entertainer, a linguist and an insightful comedian, whose specialty is corporate communications. Mr. Doubletalk® has been the secret ingredient at hundreds of successful corporate functions, making certified heroes out of meeting planners since 1981. He is on the road an average of 200 days a year. He never fails. He provides an unexpected, refreshing experience for the corporate audience, a hilarious way for them to examine, reexamine and improve communications skills for themselves and others.

Introduced as Dr. Payne, head of a government agency which is pertinent to your industry, his presentation is salted through and through with your own company’s buzzwords, jargon and other familiar references, to further the confusion. This curious-looking executive is passed off as an “Inside-The-Beltway” Dork.

The audience will first have mixed reactions:

Following his bogus introduction by your host, “Dr. Payne” begins his equally bogus presentation which sounds like he is making sense. But if you listen carefully, it becomes obvious that what he is saying makes no sense whatsoever. Slowly the crowd begins to catch on.

First there is a titter. Then a few laughs. Then lots of laughs.

After the charade of Dr. Payne is exposed, Fincher swings into a fast-paced, laugh-filled sketch of real-life anecdotes about the funny foibles of people attempting to communicate with one another, against all odds. The audience, always forgiving, can’t get enough.

Fincher caps off his program with his hilarious video interviews, in which his programs attendees become the real stars of the show. With Durwood Fincher on the program, the people in the audience enjoy themselves and come away refreshed and entertained.