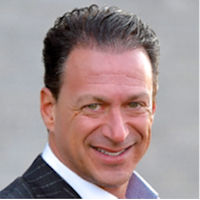 Your Personal Security and Identity Theft Speaker – #1 Best Selling Author ROBERT SICILIANO CSP is fun, funny, but serious about teaching you and your audience fraud prevention and personal security. Robert is a United States Coast Guard Auxiliary Flotilla Staff Officer of the U.S. Department of Homeland Security whose motto is Semper Paratus (Always Ready). His programs are cutting edge, easily digestible and provide best practices to keep you, your clients and employees safe and secure. Your audience will walk away as experts in identity theft prevention, online reputation management, online privacy and data security.

Robert is a 4 time Boston Marathoner, Private Investigator and is fiercely committed to informing, educating, and empowering people so they can be protected from violence and crime in the physical and virtual worlds. As a Certified Speaking Professional his “tell it like it is” style is sought after by major media outlets, leading corporations and meeting planners, to get the straight talk they need to stay safe in a world in which physical and virtual crime is commonplace. Siciliano is accessible, real, professional, and ready to weigh in and comment at a moment’s notice on breaking news. 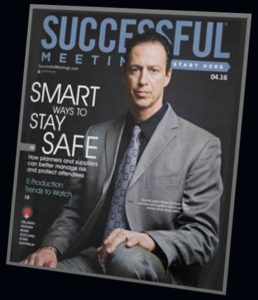 When the internet was still coming of age, Robert’s startup security company’s financial holdings were under attack by cybercriminals, and he lost thousands of dollars due to credit card fraud. In becoming one of the earliest victims of internet crime, Robert gained the knowledge and experience to teach others how they can position and protect not only their companies but also themselves from falling prey to internet thieves. His years of experience, combined with extensive study, have allowed him to become one of the nation’s most well-respected and trusted experts on cyber crime. He has worked with such companies as ExxonMobil, Intel, McAfee, MasterCard, Morgan Stanley, Merrill Lynch, KPMG, MIT, Transamerica and UPS, and almost every major media outlet has turned to him for information on identity theft, internet safety, crime prevention and security.

Robert works with both private and public businesses, and he teaches clients how to keep their money, privacy and data secure against acts of fraud, identity theft, corporate espionage, and purposeful or accidental exposure of private information—all acts that cost companies billions nationwide.

When President Bush told all Americans to be on “high alert,” he reinforced the message that speaker and author Robert Siciliano has been carrying throughout the USA for more than a decade: to increase security and reduce liability, consider the solution that is so effective, so well-thought of, these major media offered it to their audiences.

Millions of people have already learned the secrets of personal safety and security developed by one man.

His skills have benefited thousands more through presentations to GMAC, the National Association of Realtors©, Dominos Pizza, United Bankers Bank, Conference of State Bank Supervisors, and the American Society of Association Executives among others. Known as “The Lifesaver,” this man is safety expert Robert L. Siciliano, a certified security instructor for numerous industry associations and a highly praised consultant. He can bring the same benefits to your organization. He is not selling fear. The statistics speak for themselves. Robert offers a solution to an ongoing problem.

Siciliano was motivated to enter the personal security field over two decades ago upon being a victim of theft and violence and seeing crime all around him. He began hearing from friends and young women how they had been robbed, raped, threatened or attacked by acquaintances and strangers. At the time resources were scarce to inform and educate on how to predict and prevent such crimes. Determined to reduce such assaults, Siciliano began to educate himself. Karate and kick boxing were the beginning of his efforts to learn how to protect and defend oneself. His life became a study of the fundamental principles of security. Siciliano is also an expert in a self-defense program in which the student is confronted with simulated real-life attack situations using a technique called “adrenal-stress training.”

Siciliano has been surrounded by fraud throughout his entire life. Growing up in Boston provided numerous options for “earning” through fraudulent scams. However committing criminal acts never interested him. What has always had Roberts attention is how brilliant the criminal “hackers” or more appropriately termed “crackers” are who perpetrate those crimes.

In the mid 90?s Roberts small business qualified for merchant status and began accepting credit card orders. His business received its first fraudulent credit card order within a week. Robert subsequently tracked down the criminal at his home and went on to investigate and expose many others who had targeted his business. In 1995 Robert tore apart his first IBM PS1 with Windows 3.1. With the help of his “whacker” and hacker friends he began to learn about the underground world of black hat hacking. In the late 90’s he witnessed the exploding growth of identity theft fueled by internet access to information, the speed of technology outpacing security and a fundamentally flawed system of identification.

For over 20 years Robert has been researching and keeping in tune with all aspects of security by staying on top of what is new and ahead of what is next at all times. His pu

rpose is to inform and educate you to avoid becoming a statistic. He says “There always has been, there is now and there will always be a criminal predatory element stalking their next victim. Being proactive and knowing your options are essential.” Attend his program, give him an hour of your life and he will give you a lifetime of his.