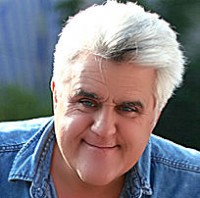 Leno—who holds a place in the Television Hall of Fame—hardly needs an introduction. With greying hair and his iconic chin, Leno is a time-tested, bonafide comedic superstar. As host of NBC’s The Tonight Show with Jay Leno from 1992 to 2009, Leno has been in the business for manydecades; yet, with his quick wit and jokes that poke fun at the current day, you could hardly believe his age—although his age is admittedly often the butt of his jokes.

TOPIC
A Night With Jay Leno

Jay Leno’s late night television ratings domination included more than two decades of The Tonight Show with Jay Leno, winning every consecutive quarter of his hosting over the past 19 years. The Tonight Show has taken home the trophy for “Favorite Late Night Show” in the annual TV Guide Awards determined by voting viewers. Leno has been honored with an Emmy for “Outstanding Comedy, Variety or Music Series” and he will soon be installed in the Television Academy’s Broadcast Hall of Fame. Other personal highlights include the Hasty Pudding Award at Harvard University, an honor whose sole prior comedy/talk host recipient was Johnny Carson, receiving a star on Hollywood’s Walk of Fame and being the first person to drive the pace car of all major NASCAR events.

As if night-time dominance were not enough, Leno has also succeeded in the newest entertainment arena. Jay Leno’s Garage has gained an international following on the Web, not to mention an Emmy Award and two additional nominations for Outstanding Special Class–Short-Format Nonfiction Programs. Leno produces the NBC creation with Robert Angelo.

An indefatigable performer, Leno loves to test his humor live on audiences across the nation, performing over 100 live appearances in nightclubs, theaters and stadiums each year. His “everyman”-style and personality have helped him earn millions of fans worldwide, especially in the regions where people relate to his personable style and work ethic.

Leno’s children’s book, If Roast Beef Could Fly, hit bookstores in April 2004 and immediately was a New York Times Bestseller. His follow-up kids book, How to be the Funniest Kid In Your Class, was similarly successful. When he is not performing, writing, or doing charitable work, Leno keeps busy doing voice-over work in Cars, Igor and The Fairly Oddparents.

In his “spare” time, he enjoys working on his collection of classic cars and motorcycles. In fact, he has built a number of cars, including an acclaimed eco-car in his eco-friendly green garage. Leno is a much-in-demand corporate speaker for companies including General Motors, and he is a monthly columnist in Popular Mechanics. He remains passionate about performing and appears regularly in Las Vegas, on college campuses around the United States and in other venues. 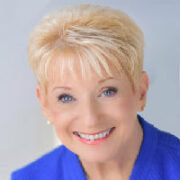