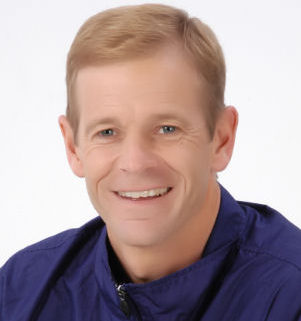 If organizations and individuals are going to thrive in any environment, they will need to take calculated risks, continually innovate and take their products or service to entirely new levels of performance. This process never ends. For over 20 years, Olympic Champion Peter Vidmar has effectively communicated these principles to tens of thousands of people, in virtually every industry in America. Using his effective trademark concept of “Risk, Originality and Virtuosity,” Peter’s unique presentations give audiences a fresh perspective on how to motivate employees, improve morale, and encourage new ways of thinking. Successful Meetings magazine has listed Peter as one of the top ten corporate speakers in America. He is the author of the book, Risk, Originality, and Virtuosity: The Keys to a Perfect 10. Peter is also a member of the National Speakers Association’s Speaker’s Hall of Fame.

Motivation — ROV… Risk, Originality and Virtuosity
In his powerful keynote presentation, Peter converts Olympic Gold into corporate wisdom. With a live demonstration on the pommel horse, artfully blended into his speech, Peter uses the ROV principles to vividly describe requirements for a perfect 10 in business and in life. Audiences gain fresh perspectives on reaching higher levels of performance, using their creativity to separate them from the competition, and perfecting their needed skills on a daily basis. As Peter says, “If you want to be at your best when it really matters, you’ve got to be at your best when it doesn’t matter.” Humor, relevance to his audience, high energy, drama and standing ovations are all characteristic of this presentation.

Overcoming the Odds – World Class Performance in any Environment
You don’t need to tell Olympians that some things don’t always go according to plan. Every athlete has had to deal with setbacks and changing conditions. If organizations and individuals are going to thrive in any environment, they will need to take calculated risks, continually innovate, and take their products or service to entirely new levels of performance. This process never ends. Using his effective ROV principles, Peter vividly describes the lessons learned from setbacks and mistakes, how to fuel the creative process, and how to achieve world class performance, even when circumstances are less than desirable. Peter’s personal experiences, as well as those of recent Olympic athletes help to reinforce the message that with proper planning and focused drive, we can overcome hardships and achieve results that elevate us above the rest of our competitors.

Teamwork — Getting your Team on the Podium
Gymnastics, while a team sport, is based entirely on a collection of individual performances for its outcome. At the Olympic Games, while he was competing with his teammates, Peter was simultaneously competing against them for individual medals. So how did these individual athletes work together on a daily basis for the benefit of the team? Using the ROV principles, Peter answers this important question, describing the tools you and your team can use, every day, to reach the top of your Olympic Podium.

Innovation — Pushing The Envelope
One of the reasons gymnastics is the most watched event of the Olympic Games is that the viewer can always expect something new and different from the athletes. Gymnasts are masters at pushing the envelope, as they constantly try to reinvent their athletic art form. Innovation also involves some risk, and Peter shows how ROV: Risk, Originality, and Virtuosity, can become a mandate for constant change in his sport and in your business. In describing how we need to stop playing “catch up” with the competition, Peter says, “A perfect 10 just a few years ago may only score an 8.5 today. If you don’t innovate, you’ll be left behind very quickly!”

Peter Vidmar is a powerful and entertaining speaker at corporate meetings and trade shows. With over two decades of experience for hundreds of corporations and professional associations, Peter has helped people throughout the country realize and fulfill their own potential. He does much more than just speak about his experiences. In his inspiring, humorous, and entertaining presentations, he also performs portions of his Olympic routine on the pommel horse to drive home his message. He demonstrates the three components of a perfect score in gymnastics – Risk, Originality and Virtuosity (ROV) – and discusses how these principles apply to success in business and life. His message brings something unique and refreshing to the corporate arena.

Peter Vidmar is the highest scoring American gymnast in Olympic history. The winner of numerous national and international titles, Peter finished his successful career at the 1984 Olympic Games. As the USA men’s gymnastics team captain, he led his teammates to America’s first ever team gold medal with their stunning upset victory over the defending world champions, the People’s Republic of China. He went on to win the silver medal in the individual all-around competition (the first American to have won an Olympic All-Around medal), and with a perfect score of 10, he captured the gold medal on the pommel horse.

Peter continues to contribute to the Olympic movement today. He is the Chairman of the Board of USA Gymnastics, the national governing body of gymnastics in the United States. He has served as the Co-Chairman of the US Olympic Committee Summer Sports Summit, an annual series of workshops designed to prepare America’s medal hopefuls to win gold in future Olympics. He also serves as a USOC Olympic Ambassador, helping to prepare all of America’s athletes on working with the media and to represent the United States with character and respect.

For many years, Peter has also worked as the gymnastics commentator for CBS Sports and ESPN. He continues to work as a journalist, broadcaster, and corporate spokesperson at each summer Olympics. Peter has served on the President’s Council on Physical Fitness & Sports, the Executive Board of the United States Olympic Committee, and the Executive Committee of USA Gymnastics. He was appointed by Governor Arnold Schwarzenegger to serve as the Vice Chair of the California Governor’s Council on Physical Fitness & Sports and is the Vice President of the Southern California Committee for the Olympic Games.

Peter is one of only three athletes inducted into the US Olympic Hall of Fame twice; first as an individual, then as a member of the historic 1984 USA men’s gymnastics team. He is also the author of Risk, Originality, and Virtuosity: The Keys to a Perfect 10. 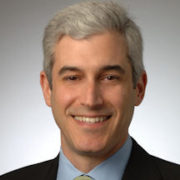